CHARLIE SAVAGE has been handed his first professional contract at Manchester United as a reward for his fine form this season.

The 17-year-old midfielder – son of former Leicester and Derby ace Robbie – has chipped in with two goals and five assists in 17 U-18 Premier League matches. 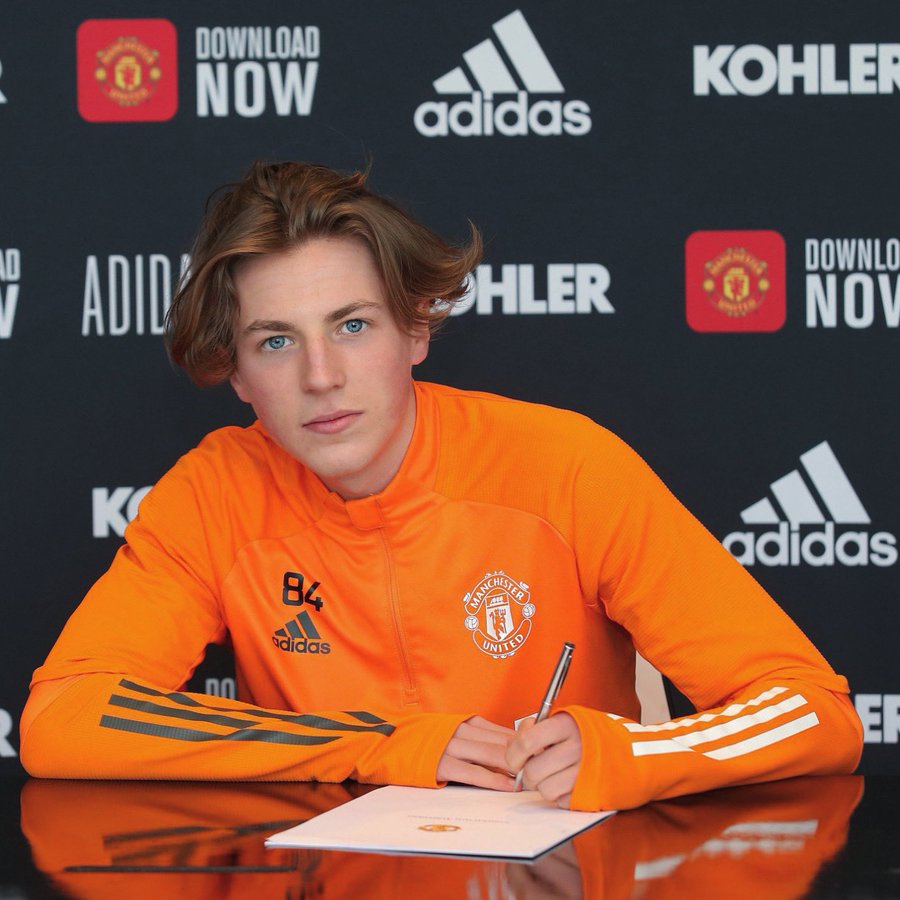 The Wales youth international was even called up to two Premier League 2 fixtures in March having impressed for Neil Ryan's U18 side this term.

And Savage took to Twitter to announce the news, as he published a photo of himself signing his deal.

Captioning the post, he said: "Delighted to have signed my first professional contract at Manchester United.

"I would like to thank all of my friends, family and everyone at New Era Global Sports for all their support.

Savage recently told SunSport that Red Devils star Scott McTominay is his role model, instead of his father who also came through the Manchester United academy.

He stated: "The main inspiration for me is Scott — he’s the best with us. He comes over to talk to us. He had it difficult in the youth team.

“He didn’t play many matches but he just kept going and he proved it’s not always the standout players who make the first team.

GRAND NATIONAL: GET £140 IN FREE BETS FOR FESTIVAL AT AINTREE

“Sometimes it’s the players who might have had a back seat but they keep pushing and pushing.

“Scott, Marcus Rashford and also Brandon Williams all inspire us to improve and move forward.”

Savage has now set his sights on making the Wales first-team, where he is looking to surpass the 39 caps his dad made for the Dragons.

He added: "It’d be nice to replicate what he did and make it to the Wales first-team.

"We are different. He was tenacious, whereas I’m more of a ball player.

“I think I’m a better finisher than him too! He won’t like me saying that — but if I can have half the career he had, then I’ll be very happy.”