Home » Cheap wine and a retail foe: Australia ready to take China to WTO over tariffs

Cheap wine and a retail foe: Australia ready to take China to WTO over tariffs

Australia is gearing to launch its second World Trade Organisation action in its year-long $20 billion trade dispute with Beijing after finalising consultation with wine exporters in recent weeks.

Winemakers were hit the hardest when China put tariffs ranging from 107 to 200 per cent on Australian wine, virtually wiping out exports. Now the Australian government has finished its initial round of consultation with the wine industry, and will take the next few weeks to decide whether to go to the WTO.

Senior government sources confirmed it was highly likely Australia would announce a decision to take China to the WTO over the wine tariffs in the coming weeks. 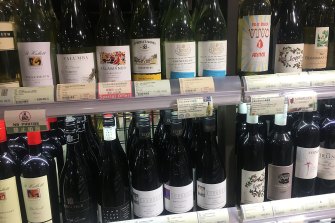 China has put tariffs of up to 200 per cent on Australian wine.Credit:Michael Smith

Trade Minister Dan Tehan also announced on Friday afternoon that the Australian government is taking the next step in its first WTO claim against Beijing for its tariffs on barley, formally asking the world body to establish a dispute settlement panel to address the matter. China has so far declined to establish the dispute settlement panel, so Australia turning to the WTO confirms it is intent on progressing with the claim. 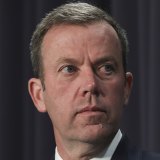 Trade Minister Dan Tehan announced Australia was taking the next step at the WTO on Friday afternoon.Credit:Alex Ellinghausen

Mr Tehan said Australia remained open to further discussions with China with a view to resolving the dispute over barley, but would “continue to vigorously defend the interests of Australian barley producers” at the WTO.

“The establishment of the panel is the next step in the WTO’s dispute resolution process. The next phase of the process is the appointment of individuals to the panel to adjudicate the dispute,” Mr Tehan said.

“The anti-dumping and countervailing duties on Australian barley have effectively stopped Australia’s barley trade with China.”

Australia first announced it was launching WTO action against China on the barley tariffs in December last year.

Diplomatic relations between Canberra and Beijing are at their lowest levels in decades, with China imposing more than $20 billion of tariffs in response to a number of Australia’s moves including calling for a global inquiry into the origins of COVID-19 and banning Chinese telecom giant Huawei from its 5G rollout.

Beijing imposed a range of tariffs and trade strikes on Australian products including barley, wine, beef, lobster and timber.

There has been concern within some quarters of the local wine industry that US-owned company Accolade Wines is not supportive of the push to launch WTO action.

But senior government officials have in recent weeks met with the company, which sells iconic Australian labels such as Hardy’s and Grant Burge, and the government has been assured it will take a neutral position and won’t campaign against the push.

The government will now take the next few weeks to go through the internal process of formally deciding to launch WTO action on the wine tariffs.

Mr Tehan said the government was “working closely with the wine industry to resolve the current dispute with China over the imposition of anti-dumping and countervailing duties”.

“I thank the wine industry for the constructive way they have co-operated with the government,” he said.

“When it comes to trade disputes, our government will take a principled approach and we are working closely with the wine industry on the next step we will take to try and resolve this dispute.”