After closely following TikTok food trends over the last year, we’ve developed a motto: don’t knock it till you try it. I mean, how many of us were actually making cucumber cream cheese boats before it went viral?! Certainly not us! As we quickly realized was the case with most hacks and tips, these one-minute videos have introduced us to some pretty amazing new recipes for us to try out. We’re pretty much down to try just about anything, but we’ll admit, we were left with some questions when we saw that Chef José Andrés had shared a new quick and easy way to make an omelet. All you need is an egg, mayo, and a microwave. 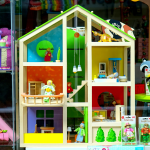 Cracking an egg into a measuring cup, Chef José Andrés adds in a pretty hefty spoonful of mayo before he whisks it all together. “Omelette in the microwave 🤯🧪💥,” the chef captioned his post.

“Look at how creamy it has become,” Andrés proudly says as she shows off the mixture. “These are going to be the best creamy egg-like omelet in the history of mankind,” he promises. Placing the mix of egg and mayo into the microwave, the magic happens in a matter of seconds.

“Sometimes the microwave will tell you one minute, sometimes it will tell you 30 seconds,” Andrés says. When he takes out the cup from the microwave, the once liquid mix has become fluffy and gooey. Of course, popping the mix into the microwave for a minute isn’t enough time for it to fully cook, but Andrés explains that it being undercooked is what makes this recipe so tasty.

We’d be lying if we said our stomachs weren’t already dying to try this out for ourselves. Sure it’s not the most conventional way of cooking an omelet but it looks so tasty. Plus, we love how fast this is to make. In the comments, people expressed their mixed feelings. “I like mayo but not THAT much 🤮🤮,” one commenter said.

We get it, the ratio of mayo to egg just might not be for everyone. Luckily, one user confirmed what we hoped, writing, “I made this!! Came out amazing. My microwave needed more like 1 min 20 sec. But this is GOOD!!”

Like we said earlier, don’t knock it till you try it!

Before you go, check out Ina Garten’s easy weeknight dinner recipes below: