Honesty hour! Chris Hemsworth isn’t quitting his day job to become a teacher after struggling to homeschool his and Elsa Pataky’s three children.

“I’m trying,” the actor, 36, said during a virtual Wednesday, April 22, Jimmy Kimmel Live! appearance. “I’m failing miserably. It’s sort of four or five hours of negotiation and bribery and then 20 minutes of actual work, if that.” 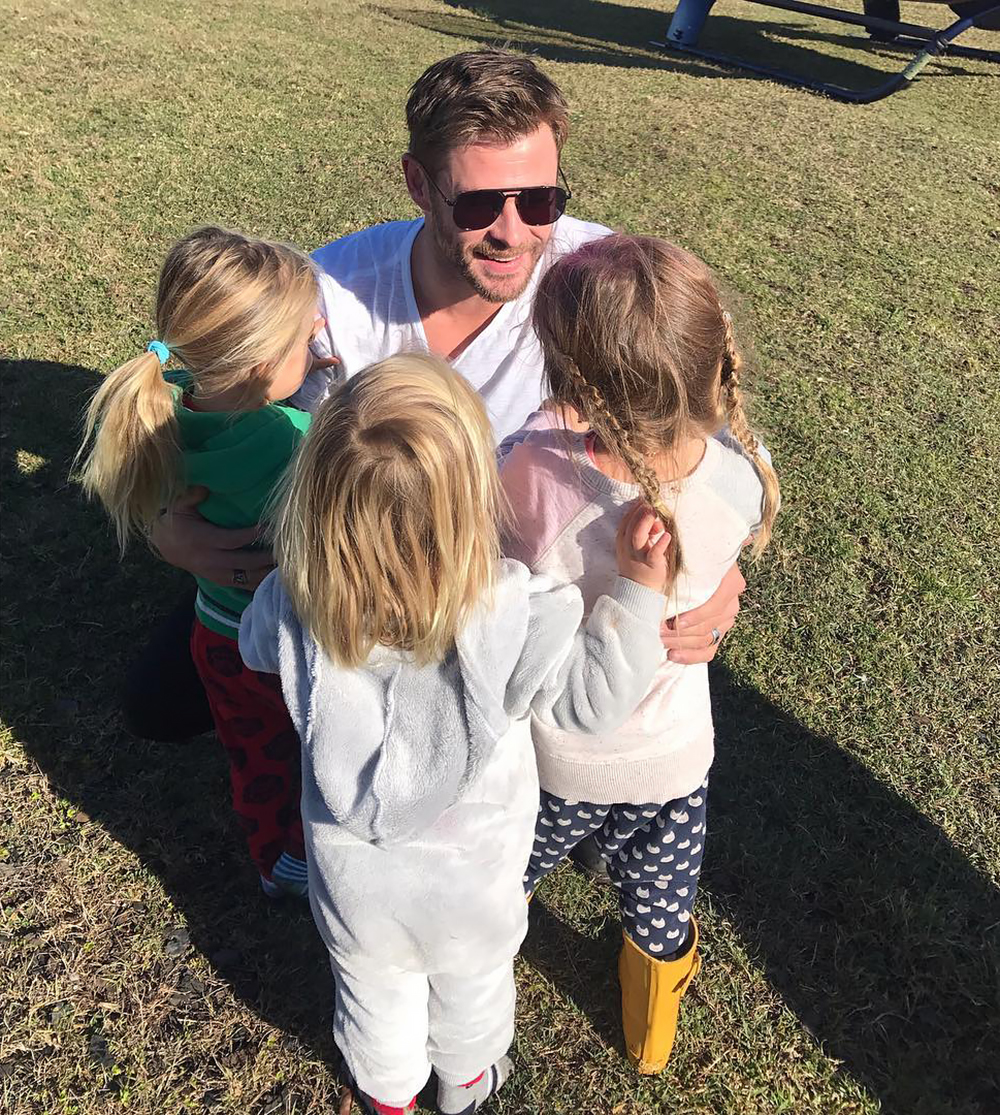 The Thor star explained, “Everything’s changed since I was in school. I was talking to the teacher about it. Adding, subtracting [and] so on, it’s not quite as straightforward now. There’s all these new little tricks and so on, which I don’t understand.”

The Australian star joked that he has come to terms with the fact that India, 7, and twins Sasha and Tristan, 6, will “come out of this quarantine [with their] IQs a little under par, a little behind.”

Hemsworth has “conveniently” started mowing his lawn to avoid his brood’s lessons, he admitted to Jimmy Kimmel. “It’s usually around school time that the lawns need to be mowed,” the Avengers star said. “‘Honey, that lawn’s growing. It’s a jungle out there. I’ve gotta get to it, sorry.’”

While his ride-on mower has been “therapeutic” for Hemsworth during quarantine, the chore is also “a few hours of escape from having to entertain three kids 24/7.”

The Home and Away alum and Pataky, 43, tied the knot in 2010 and started growing their family two years later. In June 2019, Hemsworth announced an acting break that would allow him to spend more time with his family.

“This year, I probably won’t shoot anything,” he told Australia’s Daily Telegraph at the time. “I just want to be at home now with my kids. They are at a very important age. They are still young and they are aware when I leave more than before.”

Despite his hiatus, Hemsworth is still interested in playing Thor again and mentioned the possibilities of a movie with the Guardians of the Galaxy cast.