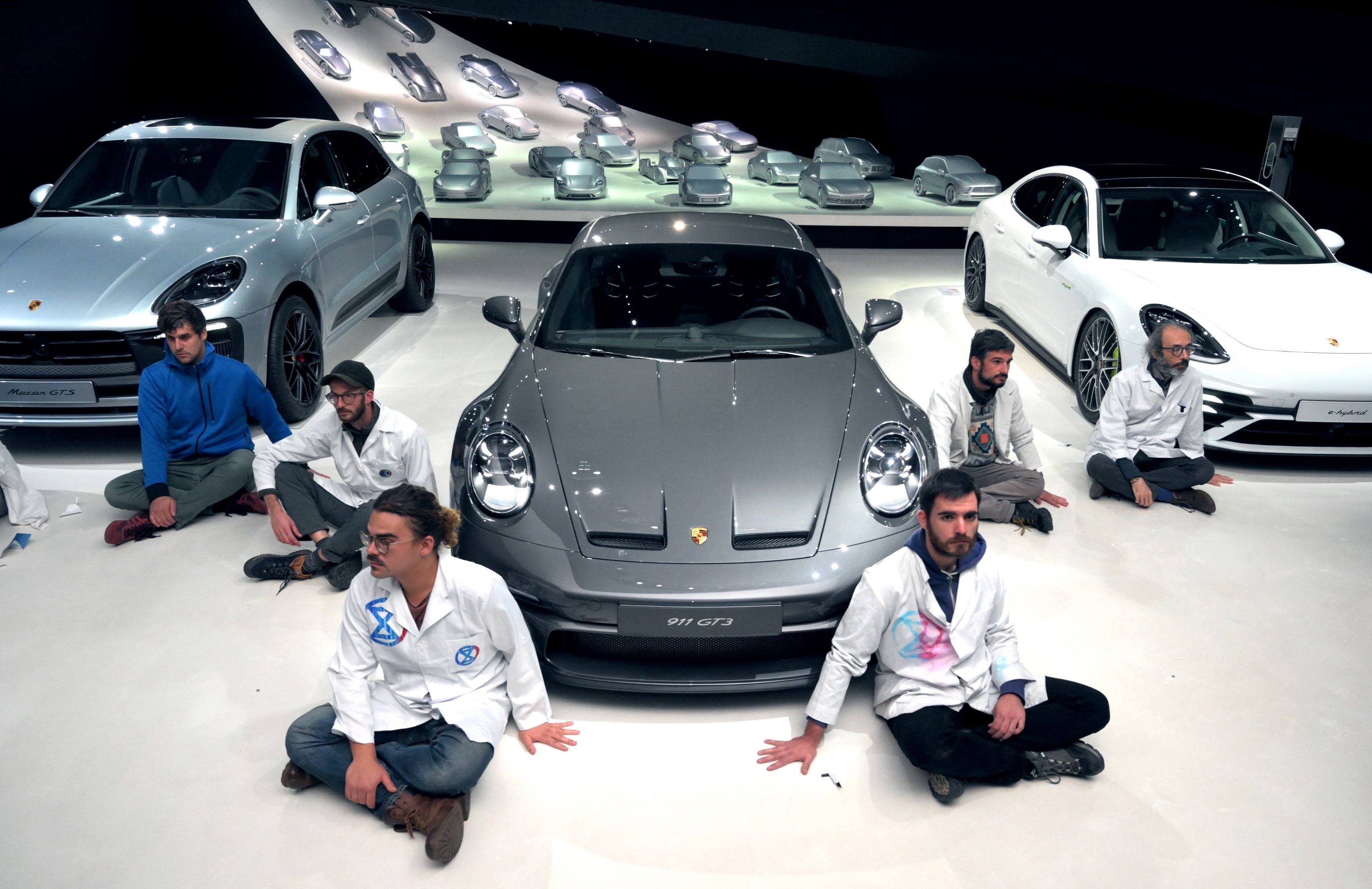 A group of nine scientists have glued themselves to the floor of Volkswagen’s Autostadt facility in Germany to protest climate change.

Unfortunately for members of the ‘Scientific Rebellion’ activist group when it came time to close up for the night, VW locked the doors and switched off the lights and heating.

According to the protestors, the carmaker supported their right to protest but neglected to give them ‘a bowl to urinate and defecate in a decent manner while we are glued.’

As well as gluing themselves to the floor of the showroom – which sits next to the Volkswagen factory in Wolfsburg, some of the activists are undergoing a hunger strike.

Their demands are that the German government move to decarbonise its transport sector in a bid to help fight climate change. They also say that VW – one of the country’s largest carmakers – should do its part in the fight against pollution.

Gianluca Grimalda, one of the glued activists, has taken to Twitter to explain the group’s actions.

‘There is a real link between CO2 emissions and rising global temperatures,’ he said. ‘Decarbonisation is important, and it must happen as fast as possible because the target for net-zero greenhouse gas emissions set through Roadmap 2050 is too far off to have a meaningful impact.’

He also relayed the conditions the protestors are facing in the VW facility – which is set up as a visitor attraction for petrolheads.

‘We can’t order our food, we must use the one provided by Volkswagen,’ he tweeted.

Just a clarification: people in support can get out of the building but then they couldn’t get back in. We can’t order our food, we must use the one provided by Wolkswagen. Lights off. Random unannounced checks by security guards with bright torches. Police just came in.3/

Getting ready for first night of sleep inside the Porsche Pavillion @Autostadt to demand @VW to eventually act to decarbonise the transport sector. 5/ pic.twitter.com/0nSiWYtMvU

In recent years Volkswagen has pushed heavily into electric cars and, last year, was the top-selling maker of EVs in Europe.