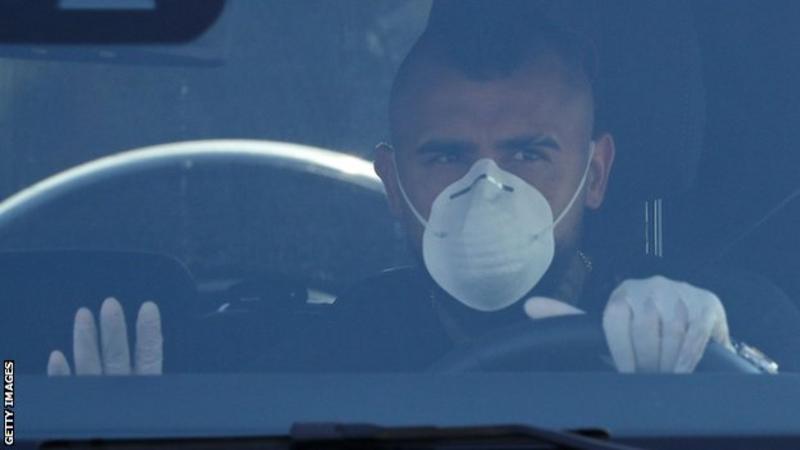 The league said on Sunday that five players had tested positive for the virus across Spain’s top two divisions.

“But we have to be careful. It will depend on many factors such as a potential rise in infections, factors which don’t depend on football but on Spanish society.

“The risk during games will be zero, or practically zero, because the players will be tested – with only a 5% possible failure rate – 24 hours before.”

Tebas added that Spain’s second division would restart at the same time and that national competitions would need to be completed by 31 July, with European competitions finished in August.

The Spaniard said “interesting and groundbreaking” broadcasting alternatives would be used given there will be no fans at games and that there will “be football every day” once the league restarts.

The five unnamed players who tested positive are asymptomatic and in isolation.

They will continue to be tested and can only rejoin training when they return two consecutive negative results.

Tebas said “between 25-30 positive cases” had been expected, adding that five positive tests is “good news for the football industry”.

Real Madrid captain Sergio Ramos added: “Players and football can help the economy to work again, help get out of complicated situations again.

“Football is secondary right now, but it can serve as a distraction for the people who have been suffering.”