CRISTIANO RONALDO will miss out on the Serie A Golden Boot after being axed from the Juventus squad.

The 35-year-old superstar was chasing Lazio's Ciro Immobile in the race to be Italy's top league goalscorer. 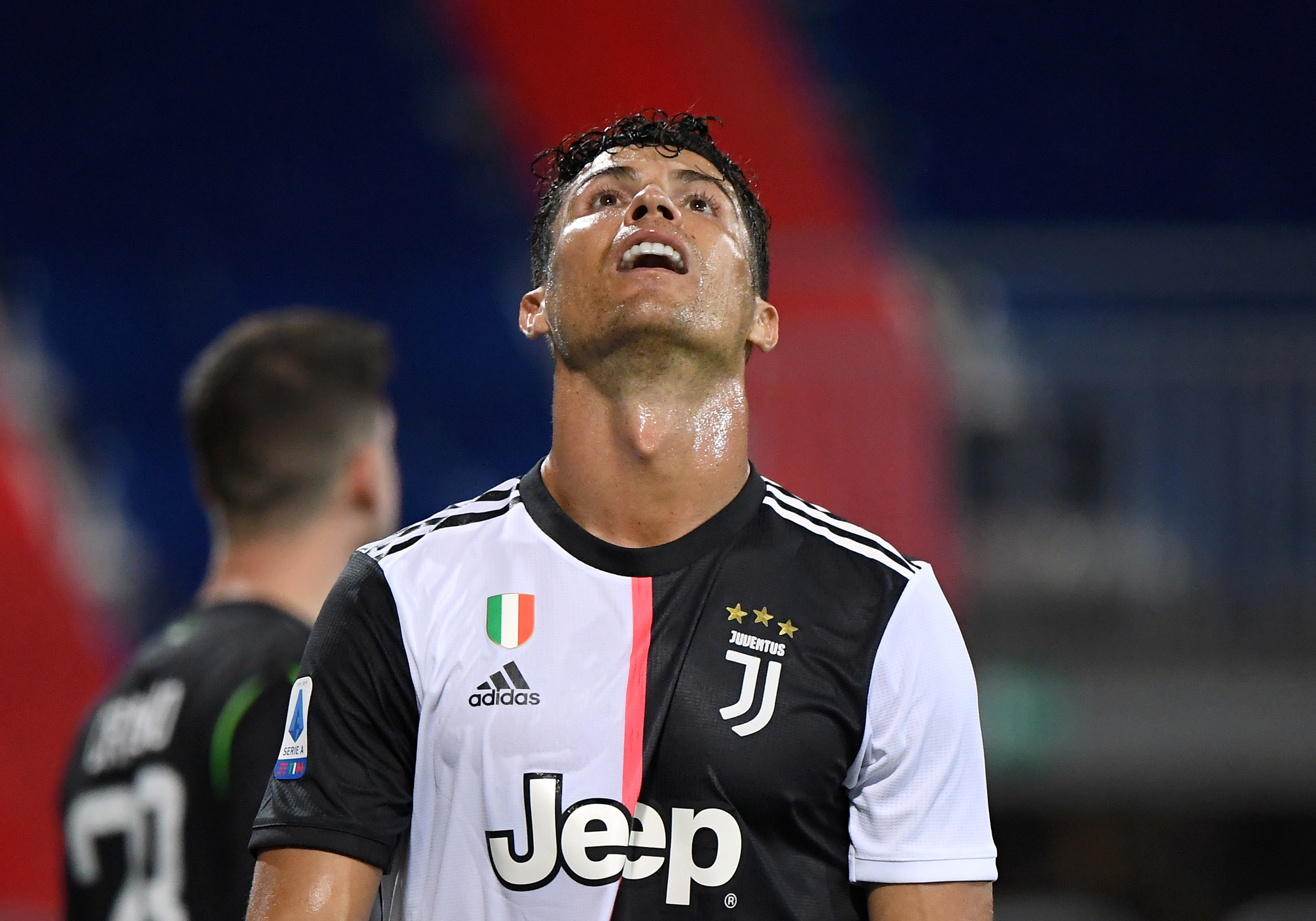 Immobile, 30, has had a phenomenal year in front of goal bagging 35 goals in 36 games to help Lazio secure Champions League qualification.

Ronaldo has found the net 31 times in 33 league appearances for champions Juve.

There is one game left in the Serie A regular season as the Italian competition concludes this weekend.

But Ronaldo will NOT have a chance to catch up after being left out of his side's squad for their game against Roma tonight.

Immobile will be confirmed as not only the winner of Serie A's Golden Boot but Europe's Golden Shoe.

Even if Ronaldo had taken to the field he would have needed a minor miracle to claim the gong.

The former Real Madrid man needed to slam home four goals to have stood a chance of even sharing the award.

His omission from the final day fixture is likely to have been made with one eye on the conclusion of the Champions League.

Juventus host Lyon in the second leg of their last-16 tie on Friday.

Maurizio Sarri's team will need to overcome a 1-0 deficit if they are to progress at the Allianz Stadium.

Time flies! Brie Bella is already in awe at how fast her baby boy is growing and it’s only been a week since she gave birth to her second child. Take a Look Back at Nikki and Brie Bella’s Baby Bump Album The Total Bellas star, 36, shared a photo via Instagram on Saturday, August 8, of herself holding her […]

END_OF_DOCUMENT_TOKEN_TO_BE_REPLACED

END_OF_DOCUMENT_TOKEN_TO_BE_REPLACED
This website uses cookies to improve your user experience and to provide you with advertisements that are relevant to your interests. By continuing to browse the site you are agreeing to our use of cookies.Ok