CRISTIANO RONALDO was "on the verge of tears" in the Real Madrid changing room after Jose Mourinho exploded at him – despite their side leading 2-0.

And after the forward hit back, the pair got into a shouting match before Ronaldo's team-mates had to step in to prevent a fight breaking out. 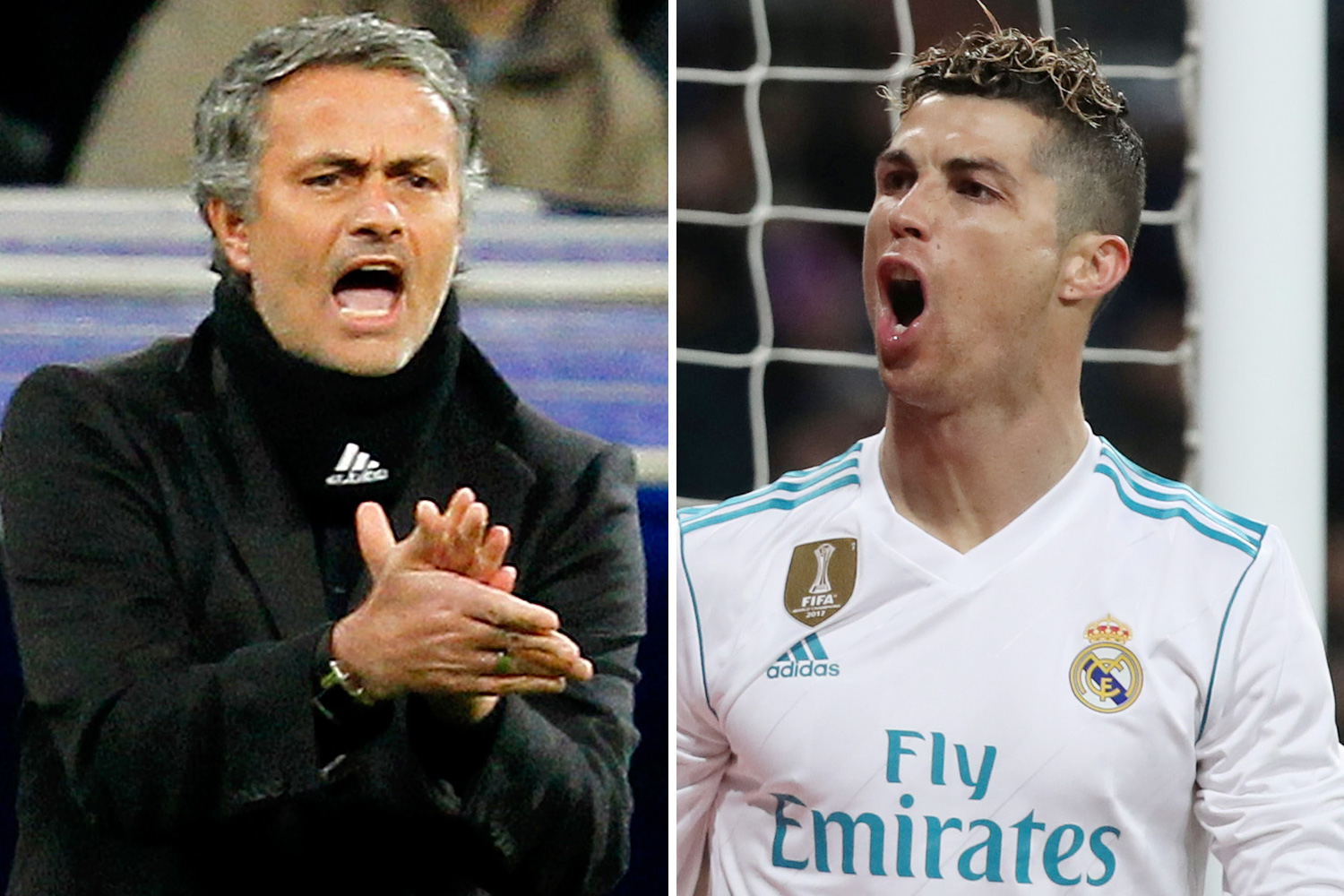 The stunning revelations were made by Luka Modric in his new autobiography, as told by Corriere dello Sport.

Croatian midfielder Modric, who Mourinho signed for Real Madrid from Tottenham in 2012, told the story of how the Portuguese compatriots almost came to blows in 2013.

He wrote: "I was surprised by Mourinho's reaction. We were winning 2-0 in the Copa del Rey.

"Ronaldo did not chase the rivals on his throw-in and Jose was furious with Cristiano.

"The two fought for a long time on the field. After returning to the locker room at half-time, I saw Ronaldo desperate, on the verge of tears.

"He said, 'I do my best and he continues to criticise me.'

"Mourinho came in and began to criticise the Portuguese for his responsibility during the game.

"They became so hot that only the intervention of the team-mates avoided a real fight between them."

Ronaldo developed during his time under Sir Alex Ferguson at Manchester United before earning his world-record transfer to the Bernabeu in 2009.

But despite Fergie's reputation for his hairdryer treatment, Ryan Giggs revealed Ronaldo was one of four United stars immune – along with Eric Cantona, Bryan Robson and Roy Keane.

After a year at Real Madrid, though, Ronaldo had a new boss as Mourinho replaced Manuel Pellegrini in the dugout.

And the pair clearly had their fair share of altercations.

Emmanuel Adebayor spent the second half of the 2010/11 season at Real Madrid and recalled a similar tale of Mourinho launching into a blistering tirade at Ronaldo in the changing room.

The ex-Arsenal and Manchester City striker said: “At Real, we were winning 3-0 at half-time.

“[Mourinho] came into the dressing room and went mental. He kicked the fridge, kicked the television, threw water.

“He killed everyone. I remember he once killed Ronaldo after he scored a hat-trick.

“Cristiano took it. Ronaldo could score a hat-trick but talk about the one he missed.”

And despite winning five Ballon d'Or crowns and scoring 725 goals in an incredible career – including 450 in just 438 Real games – Mourinho snubbed Cristiano as the Greatest of all Time by picking his Brazilian namesake, the original Ronaldo.

Mourinho said: "Ronaldo, El Fenomeno, Cristiano Ronaldo and Leo Messi have had longer careers, they have remained at the top every day for 15 years.

"However, if we are talking strictly about talent and skill, nobody surpasses Ronaldo [Nazario].

"When he was at Barcelona with Bobby Robson, I realised that he was the best player I'd ever seen take to the field." 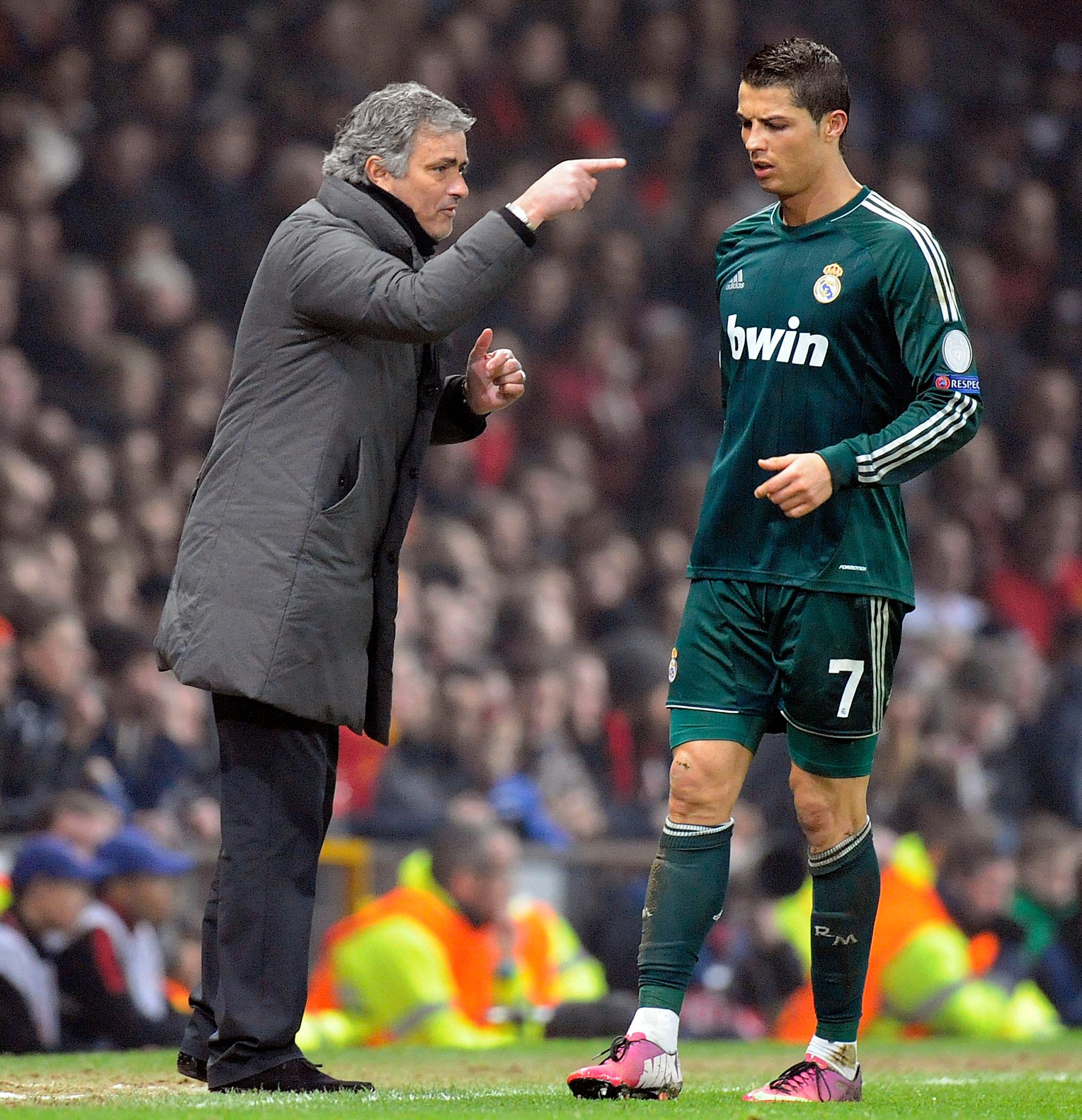