For more than a decade, CrossFit has represented both a specific brand and a broad class of workout regimens. Coaches have become CrossFit-certified. Gyms have paid to be affiliated with the company, and for the right to use its trademarked name.

"It’d be like the NFL owning the rights to the name 'football,'" said Jade Jenny, the owner of Champlain Valley Community Fitness in Williston, Vermont.

Now, however, it appears the brand and the bulk of the fitness community itself could be headed toward a divorce.

A host of affiliated gyms, sponsors and athletes all moved to disassociate themselves with the CrossFit brand over the weekend following a series of comments from company founder and CEO Greg Glassman about the death of George Floyd.

In response to a tweet Saturday that described racism and discrimination as "critical public health issues," Glassman wrote "It's FLOYD-19" — invoking the killing of a black man in police custody while apparently attempting to make light of the COVID-19 pandemic.

The 63-year-old also dismissed concerns from affiliated gym owners about the organization's silence on Floyd.

When contacted by Rocket Community Fitness owner Alyssa Royse, whose Seattle gym had previously been known as Rocket CrossFit, Glassman replied in a profane email that her point of view was "wrong to the point of being evil," according to a screenshot of the message that Royse posted on the company's web site.

In a separate exchange, Glassman responded to concerns raised on a Zoom call by a Minneapolis-based gym owner by stating "I do not mourn George Floyd," according to Mike Young, a gym owner from Cary, North Carolina who was also on the call and wrote about it on medium.com.

Glassman apologized for his tweet Sunday, writing in a statement that his invocation of Floyd's name was "not racist but a mistake." CrossFit did not immediately respond to a request for comment Monday on Glassman's alleged comments in the email and on the Zoom call.

CJ Martin, the owner of Invictus Fitness, believes Glassman's remarks will lead to a fissure between the CrossFit brand and the broader fitness community that has long utilized its name.

"There’s always been that tension: Is CrossFit a workout style or a brand?" said Martin, whose gym is among those that distanced itself from the company over the weekend. 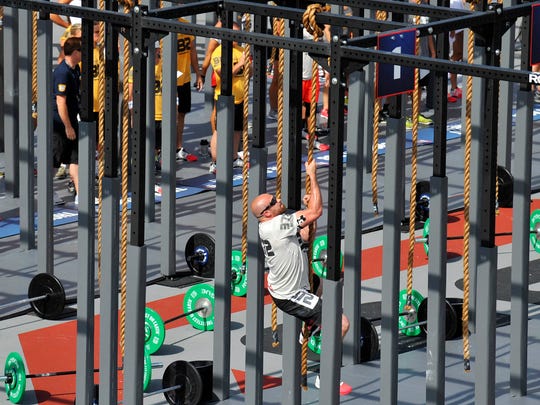 In a file photo from 2013, competitors climb ropes during team competitions at the CrossFit Games at StubHub Center. (Photo: Gary A. Vasquez-USA TODAY Sports)

Martin opened Invictus Fitness in 2009, and the group now features two gyms in San Diego and two more in Boston. He said his group decided to disassociate from the CrossFit brand Sunday both because of Glassman's recent remarks on Floyd and his tendencies as the company's CEO, more broadly.

"There’s been a history of leadership that, instead of unifying, has tended to be divisive and controversial," Martin explained. "And for us, the absolute foundation of what we do is that we provide a safe place for people to come in, regardless of walks of life, race, gender, political affiliation, anything."

Invictus is one of several high-profile facilities that have distanced themselves from the brand in recent days, foregoing the ability to market themselves as a "CrossFit gym" — a distinction for which affiliated gyms pay thousands of dollars every year.

Elsewhere, NC Fit, a conglomerate of gyms with headquarters in the Bay Area, wrote on Instagram that it would be ending its affiliation with CrossFit after more than a decade. In Chicago, Windy City CrossFit rebranded itself as "Windy City Strength & Conditioning," explaining on social media that it is time to "stand on our own." According to Morning Chalk Up, which covers the sport, more than 100 affiliates have cut ties with CrossFit Inc.

Jenny, the owner of Champlain Valley Community Fitness in Vermont, said it took all of 10 minutes Sunday for he and his wife to decide to disassociate their gym with the CrossFit brand. They also changed the facility's name from Champlain Valley CrossFit. 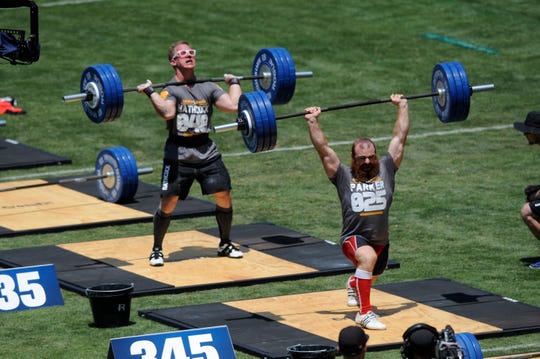 Competitors Lucas Parker (right) and Matt Hathcock (left) participate in the men's clean and jerk during the the CrossFit Games at the StubHub Center in 2013. (Photo: Kelvin Kuo, Kelvin Kuo-USA TODAY Sports)

Reebok, one of the company's main sponsors, said it would end its relationship with CrossFit when its contract is up at the end this year. Rogue Fitness, another significant sponsor, rebuked Glassman and said the future relationship will depend “the direction and leadership within CrossFit HQ.”

Three-time defending CrossFit Games champion Tia-Clair Toomey is among several top competitors who indicated on social media that they might not participate in future competitions, unless changes are made at CrossFit.

"I’ve decided that I cannot, in good conscience, compete during this time for a company that hasn’t shown themselves to have values that I align with," added Noah Ohlsen, the male runner-up in last year's CrossFit Games.

Martin described it as a period of transition, with a firm belief that the CrossFit community will remain strong, despite losing the name of the brand.

"The sport is going to change. It’s going to take on a different name. What that is, I don’t think anybody knows yet," he said. "So it's how we kind of put labels on that and unify our community, when we’re stripped of the name that we’ve identified with. I think that’s going to be the biggest challenge."