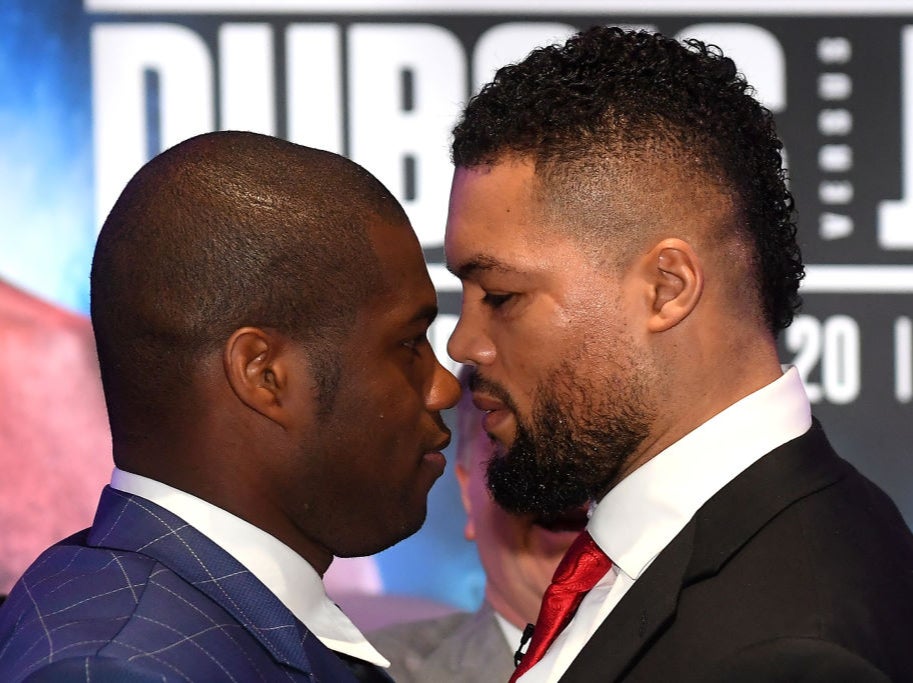 The two meet on Saturday night

Tales about his spars with Joshua at the English Institute of Sport had become stuff of legend during the fledgling months of Dubois’ pro career. It was even suggested that the youngster had knocked out his far more established opponent during one particular session. Joshua has denied such claims.

The chances of the pair meeting for real seems a long way off but there is a possibility that Dubois could fight for one of Joshua’s belts at some point in 2021 should the world champion decide to relinquish.

If the London 2012 gold medalist beats Kubrat Pulev as expected in December, it is likely that he will be required to face WBO mandatory challenger Oleksandr Usyk in his next fight. However, with the chance of an all-British megafight with Tyson Fury on the horizon, Joshua could vacate that title instead.

Dubois’ promoter Frank Warren is hoping the WBO will order the winner of Dubois-Joyce to take on Usyk for the vacant title and, despite being just 23 years old with only 43 professional rounds under his belt, ‘Dynamite’ feels ready.

“Definitely, that could happen already,” Dubois says. “Right now it’s a time of opportunity and if they can get a belt, if Joshua relinquishes it, then we can get it on the line.

“I haven’t been knocked off course at all by the pandemic. The whole world slowed down for a bit but I’m glad that we are still on schedule.

END_OF_DOCUMENT_TOKEN_TO_BE_REPLACED

END_OF_DOCUMENT_TOKEN_TO_BE_REPLACED
This website uses cookies to improve your user experience and to provide you with advertisements that are relevant to your interests. By continuing to browse the site you are agreeing to our use of cookies.Ok