Denise Fires Back When Lisa Asks About Charlie Sheen, Hookers on ‘RHOBH’

Denise Richards’ daughters with ex-husband Charlie Sheen were a point of contention on the Wednesday, May 27, episode of The Real Housewives of Beverly Hills.

“What’s it like to shoot a three-way?” Lisa, 56, asked Denise at a dinner with Kyle Richards, Teddi Mellencamp, Erika Jayne, Dorit Kemsley and Sutton Stracke.

“It’s uncomfortable,” the actress admitted. “It’s weird, but you have to just commit.” 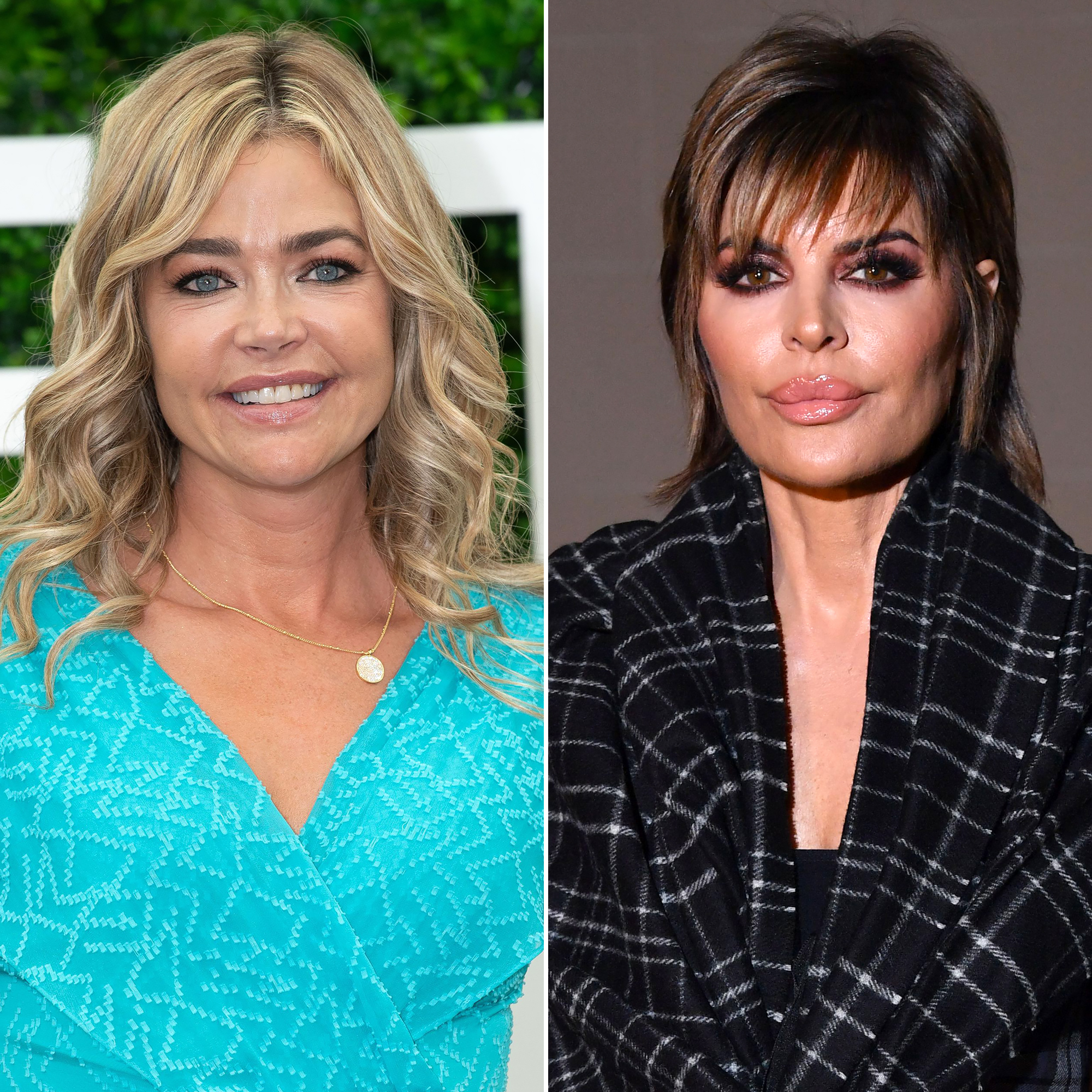 In her confessional, Denise added that it was “a tough decision” to take the role of Kelly Van Ryan. “I was raised in a very conservative family and went to church every week. … I was a good catholic girl,” she told the Bravo cameras. “My mom was the one that actually said, ‘If you feel this is something that you want to do for your career, then you just do it.’”

Lisa then asked at the dinner table, “How will you feel when your girls see it?”

While Denise replied that she hopes Sami and Lola never watch the film, the Melrose Place alum, who shares daughters Delilah, 21, and Amelia, 18, with husband Harry Hamlin, called her costar “naive.”

The topic of conversation then shifted to Denise’s daughters overhearing the ladies talk about threesomes during the May 6 episode of RHOBH.

“It takes a lot to offend me. I wasn’t even going to say anything until Sami said something to me and I was like, ‘Oh s—t.’ It affected her,” Denise told her costars. “So I just told her, ‘I apologize that you heard that, I hope your friends don’t go home and say anything on their parents.’”

While Denise then shut down the topic, insisting it wasn’t “a big deal,” Lisa brought it up again later on in the episode.

“I don’t feel comfortable about this conversation that went down last night,” Lisa said. “I feel like you shut us down a little bit, Denise, with all due respect when by saying, ‘We’re not going to talk about the kids.’”

The Bold and the Beautiful star then insisted that she “wasn’t angry,” but let her castmates know that “moving forward” her daughters won’t be “within earshot” of the group.

“I feel like you’re using the kids to somehow make us feel bad,” Lisa replied, accusing Denise of being “contradictory” as she talks about happy ending massages on the show and posts sexy photos of her husband, Aaron Phypers, on Instagram.

In her confessional, Lisa added that she “knows” Sami and doesn’t buy that she was upset about it.

“You have to f—king own it is really what I’m trying to say, Denise. You can’t be a hypocrite,” Lisa told Denise. “Do you talk about the hookers around your kids? About the hookers that Charlie brings around? Because you’ve been quite free with us.”

Denise fired back, “Privately. I’ve had private conversations with them.”

In her confessional, she was clearly upset with Lisa, who she was close to before she joined the cast of the Bravo hit.

“Wow. This is my friend of 20 years? She knows I’ve protected these kids all these years,” Denise said to the cameras. “I don’t know if she’s trying to embarrass me or humiliate me, I don’t know. I don’t know her agenda is, but whatever it is, it’s f—king hurtful.”

Denise and Sheen finalized their divorce in 2006 after four years of marriage. Denise previously revealed during a May 2019 episode of RHOBH that the Two and a Half Men star, who celebrated two years of sobriety in December 2019, once brought a “hooker” to Thanksgiving dinner.

The Real Housewives of Beverly Hills airs on Bravo Wednesdays at 9 p.m. ET.