DEONTAY WILDER might need the smelling salts if he's knocked out again by Tyson Fury but for now he's happy to promote a different fragrance.

The Bronze Bomber was spotted wearing a hoodie emblazoned with the logo of his fiancee’s perfume brand ahead of his trilogy bout with the Brit. 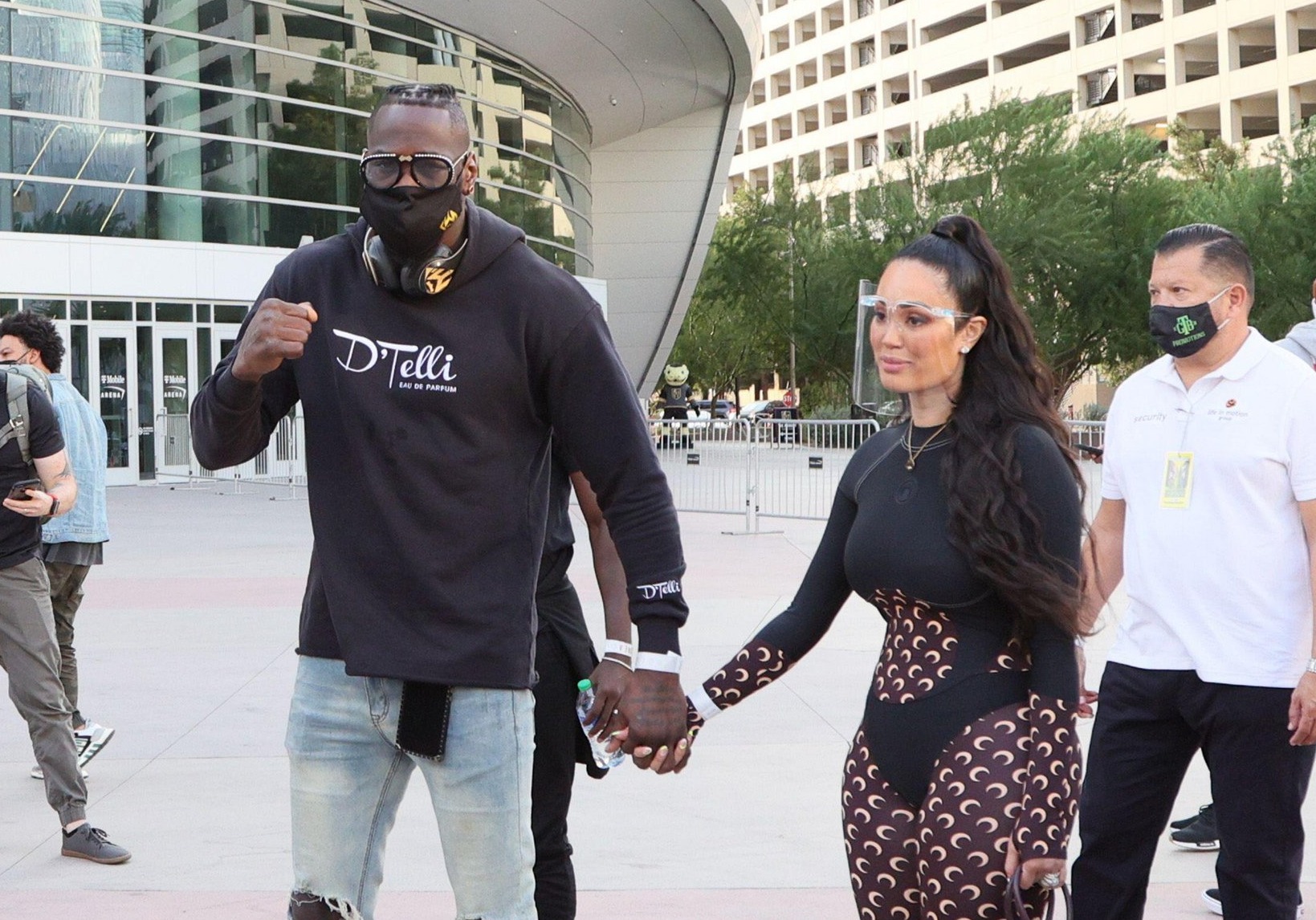 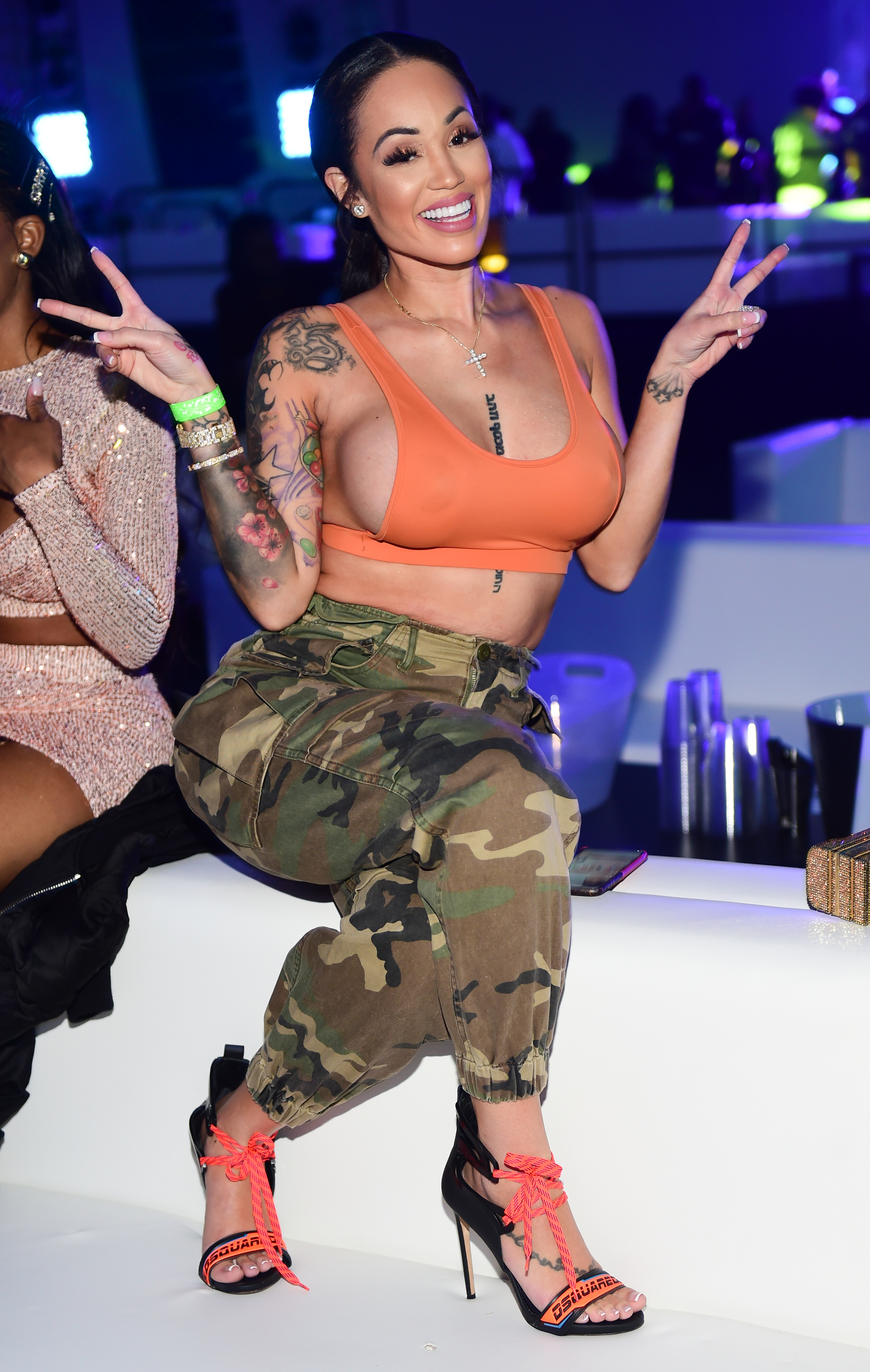 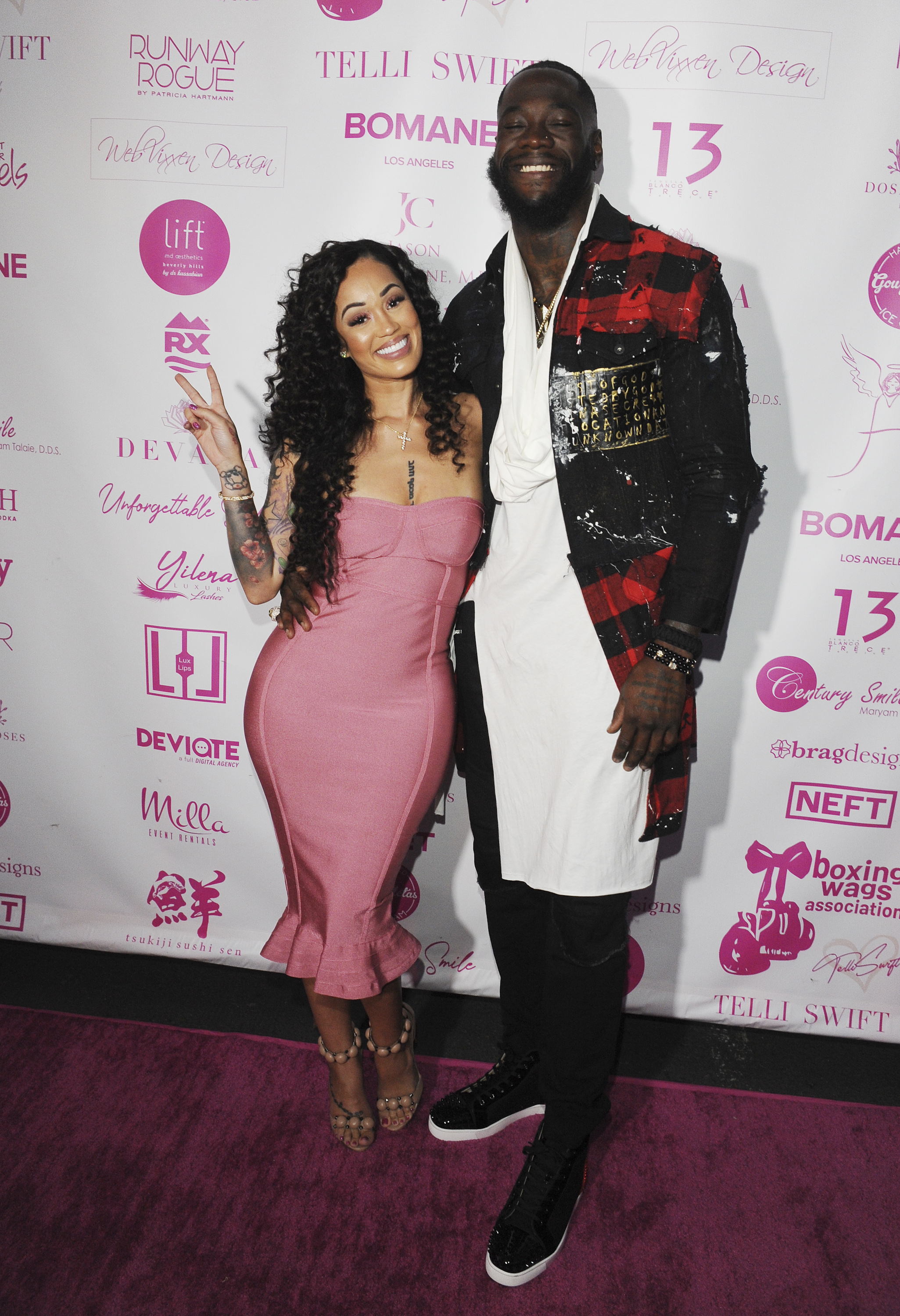 Both men touched down for their ceremonial grand arrivals in Las Vegas ahead of their highly anticipated fight at Sin City’s T-Mobile Arena.

And while the Gypsy King went for a sleeveless number in the Nevada desert, Wilder opted for the D’Telli-branded top.

The perfume is the new fragrance from the American’s fiancee Telli Swift.

The Philippine-born reality TV star describes the product as her tribute to her partner.

She wrote on her Instagram account: “From a vision in my head that turned into reality, two souls connected and @dtellifragrances was born.

“This fragrance represents the love between My King @bronzebomber to always be connected in scent even when we’re apart.”

BETTING SPECIAL: GET 30/1 ON FURY OR 50/1 ON WILDER FOR HEAVYWEIGHT BOXING CLASH

The fragrance is said to be unisex and designed to be worn either day or night ‘throughout every season’.

Wilder may need something stronger when the heat rises this weekend as he seeks to avenge the knock-out defeat he suffered last year.

The 35-year-old claims to have been training for ‘war’ with new coach Malik Scott ahead of his next Fury showdown.

But legendary cornerman Harold Knight has questioned if the inexperienced Scott is too much of a friend to Wilder to dish out the brutal training he needs to win in Vegas.