Devin Booker's Parents: All About Melvin Booker and Veronica Gutierrez

NBA fans know all about Devin Booker for his skills on the court. He was born on October 30, 1996, and even if you don’t know him as a basketball player, you probably know him because he’s dating Kendall Jenner.

The Phoenix Suns point guard has been playing since high school and throughout college where he played at the University of Kentucky. Now he is in the big leagues bringing legendary status to his name up there with the likes of Steph Curry and Kobe Bryant.

Booker, a first-round pick in the 2015 draft, made headlines when he scored 70 points against the Boston Celtics in 2017. This made him the youngest player to do so. On top of that, he broke another “youngest player” record by having consecutive 50+ point games. No wonder he is an NBA All-Star and Olympic gold-medal recipient.

What makes a man like this achieve legendary status? Well, look no further than to his parents, Melvin Booker and Veronica Gutiérrez. 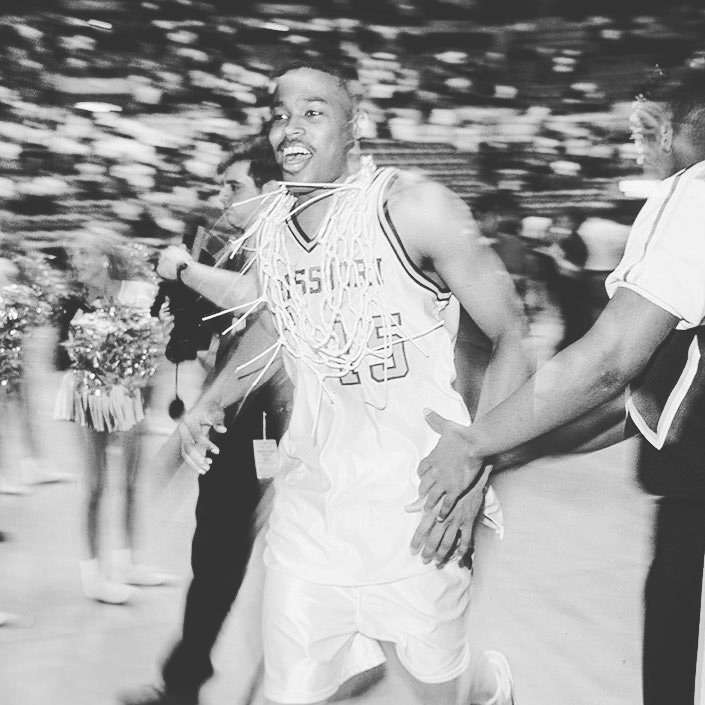 Who Is Melvin Booker?

He’s a former NBA player himself, born on August 20, 1972, and is the reason Devin is the star he is today. He began his standout basketball career at Moss Point High School in Mississippi, averaging 28 points per game in his senior year. He rightfully earned the title of “Player of the Year” in his class.

After high school, Melvin attended the University of Missouri. The point guard was named “Big Eight Player of the Year” when he led the team to a perfect record. He started every game during his junior and senior years, and in 1993 the team went all the way to the Elite Eight in March Madness.

“My draft night was one of the worst nights ever,” Melvin told The Undefeated in 2016. “I was with my family back home. I felt like and thought I would be drafted. It’s unheard of for a player of the year in his conference and a second-team All-American to go undrafted for reasons I don’t even know today.”

He started out professionally with the CBA, playing for the Hartford Hellcats and then later the Grand Rapids Mackers. During the 1995-96 season with Grand Rapids, the basketball player met a remarkable young woman named Veronica.

The two hit it off, and a year later, Devin was born. They decided to forgo marriage and simply co-parent their future star.

This was a big year as he was also finally able to live out his NBA dreams (to an extent). Between 1996 and 1997 he played a handful of games for the Houston Rockets, the Golden State Warriors, and the Denver Nuggets. His stats weren’t amazing, but he had the opportunity to play with some legends of the sport.

“I got to see the guys like Michael Jordan play up close,” he told The Undefeated. “I was with the Rockets for the minute. I shared a locker room with [Hakeem] Olajuwon, [Clyde] Drexler and Sam Cassell.”

Following his NBA career, he traveled across the world playing internationally in Russia, Italy, Turkey and China. He retired from professional basketball in 2008 and returned to his high school alma mater, where he became a basketball coach in 2011. 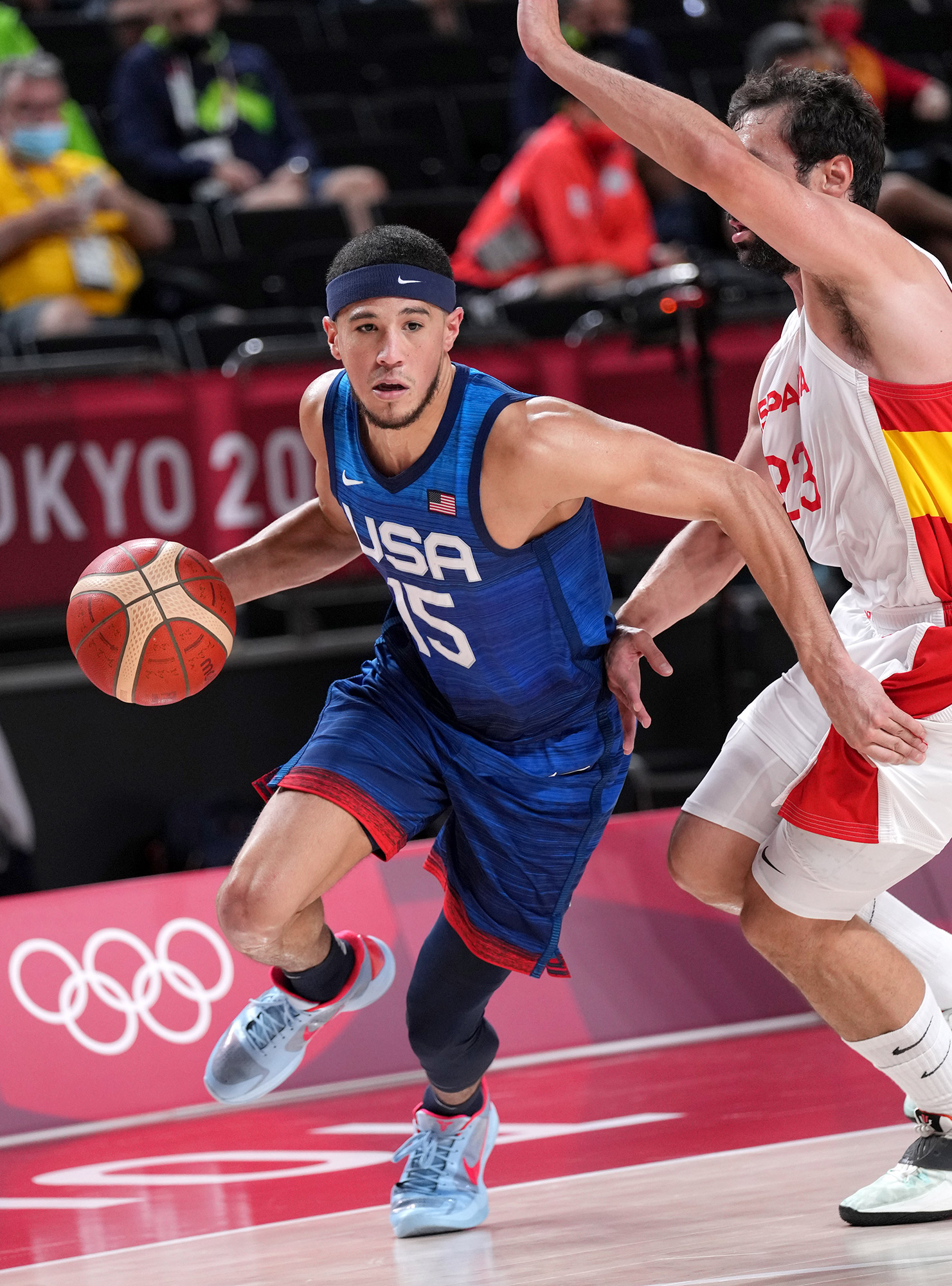 What Is Melvin Booker’s Relationship With Devin Booker?

Co-parenting can be tough, and Devin did not see or speak to his father most of the year due to Melvin’s busy schedule abroad. Summers were the prime time with his dad, and he fell in love with the countries he got to visit.

Once the former NBA player left professional basketball for good, he settled back in his hometown in Mississippi. He encouraged Veronica, who had been raising Devin in Grandville, Michigan, to send their son to Mississippi to live with him and attend high school, with the hopes to help his son grow as a basketball player.

It was not an easy decision because Devin had no desire to leave his mother, but in the end, they all realized it was the best thing for the future star’s basketball career. Once in Mississippi, Devin attended Moss Point High School, where both his father and grandfather attended, and immediately stood out from the rest of the competition.

After a successful run on Moss Point’s varsity team, Devin attended the University of Kentucky. Now one of the Kentucky Wildcats, he won the SEC Sixth Man of the Year Award and immediately applied for the NBA draft following his first season. At just 18 years old, the Phoenix Suns chose him as the 13th overall pick. It was a perfect circle for Melvin’s life to see his son obtain what he could not. 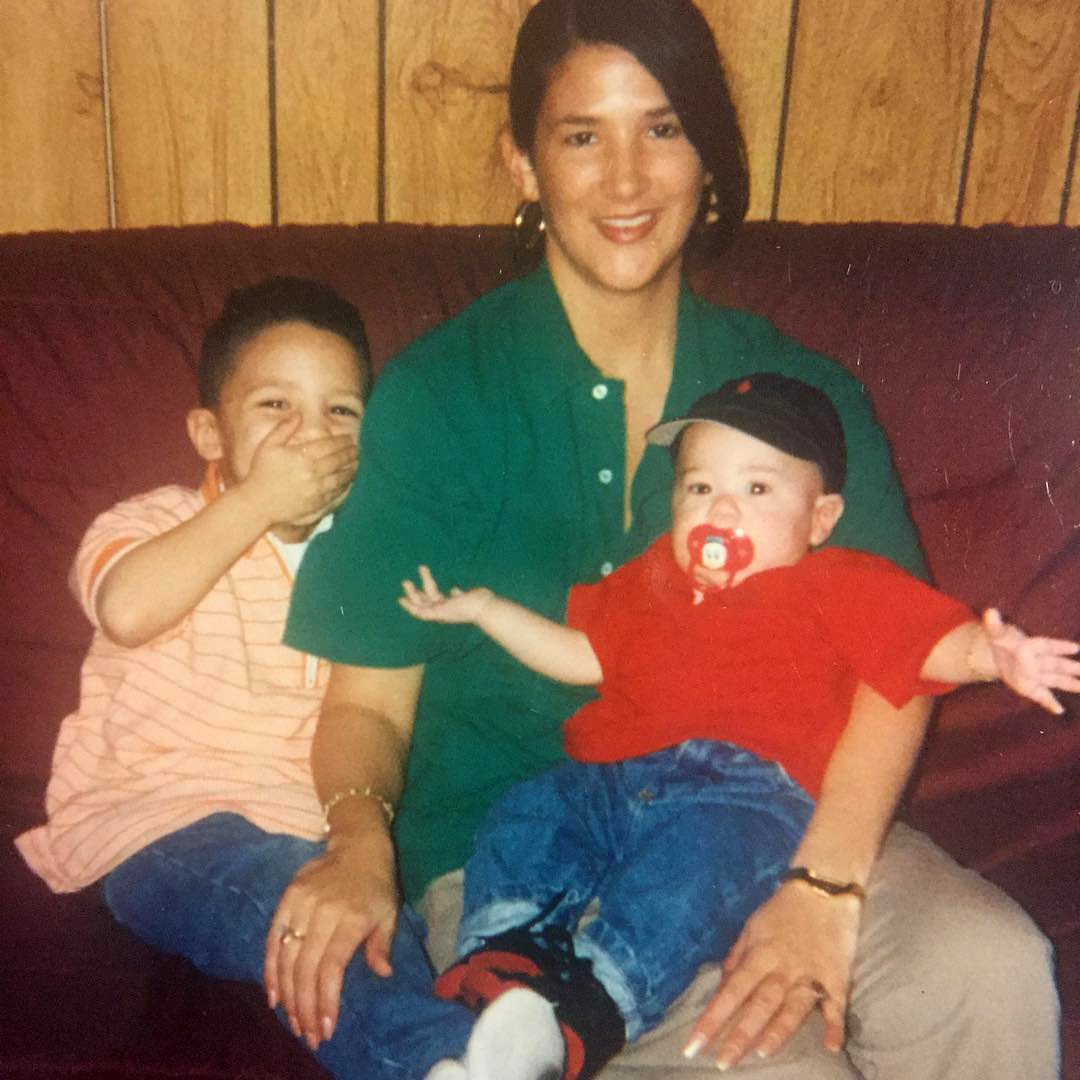 Who Is Veronica Gutiérrez?

Veronica is completely different in just about every way from her previous partner and her son. You will never find her on the basketball court unless she is cheering on Devin.

This Puerto Rican-born mother is a multi-millionaire cosmetologist. Much of Devin’s intelligence on and off the court is thanks to her. He shows much gratitude towards his mother, who had to make that fateful decision to send him to live with his father.

“That’s part of the reason I grind so much,” Devin admitted to The Undefeated. “For a mother to just let her son move with a father I didn’t spend much time with … She raised me most of my life. It takes a powerful woman to do that.”

Veronica never explored her Mexican heritage all that much, which led to her children not growing up in a Mexican household. Now that Devin lives in Arizona, he is much more interested in his ancestry.

Kendall Jenner and Devin Booker Are Officially Back Together

At one point, when asked about his Mexican heritage, Devin stated, “My Mexican culture has taught me a lot about myself. It’s something that’s not too late to learn because, at the end of the day, this is what makes up me.”

She has three children from different relationships: Davon, Devin and Mya. The cosmetologist keeps her personal life relatively private, but she does not appear to be in any relationships at the moment.

Devin’s mother has had a major influence in his life, raising him for the majority of his formative years while his father pursued an international basketball career. She continues to show support for her Olympic gold medal-winning son, rooting for him on and off the court.