Enslaved by wokery: Virtue-signalling dons at his alma mater, Cambridge, are smearing as racist those giants from the university’s past who fought to abolish slavery – and DOMINIC SANDBROOK is enraged

Few institutions in the world have a prouder history of fighting slavery than Cambridge University.

The second-oldest university in the UK, Cambridge was the alma mater of William Wilberforce, whose long parliamentary career, from 1780 to 1825, was dominated by his campaign to abolish the slave trade.

Similarly, it was Cambridge that educated Wilberforce’s friend and mentor Thomas Clarkson, an evangelical preacher who travelled the country for almost half a century, giving thousands of sermons and lectures to rouse public support for the abolition of slavery.

To cap it all, Cambridge was also a home from home for the great anti-slavery champion Olaudah Equiano, who was enslaved as a boy in what’s now Nigeria, before winning his freedom and becoming one of the most outspoken of all abolitionists.

After marrying a local woman, Equiano settled in nearby Soham. And if you visit St Andrew’s Church on the outskirts of Cambridge, you can still see the plaque to his daughter Anna, who died at the age of just four in 1797.

A history to be proud of, then, and a past to celebrate. But not, it appears, in the common rooms of 21st-century Cambridge, where dons seem determined to sacrifice any last remnants of intellectual integrity in their thirst to smear their own university’s reputation. 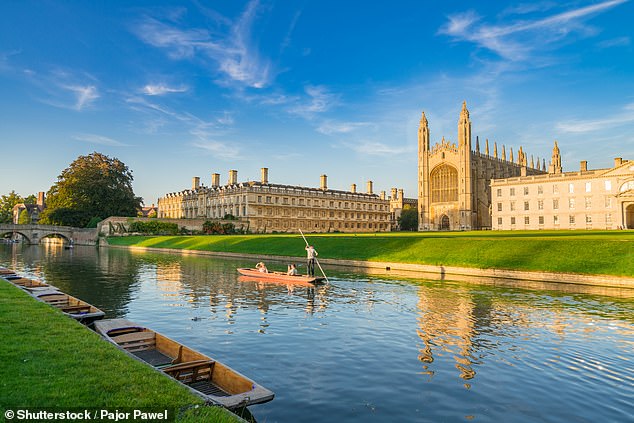 DOMINIC SANDBROOK: Few institutions in the world have a prouder history of fighting slavery than Cambridge University (file image)

I’ve written before about the cult of narcissistic self-flagellation that has taken hold at my alma mater — the most shocking example being Jesus College’s flagrantly dishonest campaign to destroy the reputation of its own greatest benefactor, the 17th-century philanthropist Tobias Rustat, whom dons condemned for his later investments in the slave trade.

Now the university has gone further. Last week its vice-chancellor, Stephen Toope, published a truly pitiful report on the ‘legacies of enslavement’, which found that Cambridge ‘benefited both directly and indirectly from enslavement, the slave trade and imperialism more broadly’.

I realise that Cambridge standards have fallen, but I struggle to see why even the dimmest don could possibly think this a great revelation.

Of course Britain’s major institutions made money from the slave trade! If they hadn’t, what on earth would have been the point?

As for the priggish, hand-wringing tone of Professor Toope’s dossier, this makes a mockery of its claims to serious scholarship. Every schoolchild knows that human beings in history have often behaved very badly. Only a fool — or, in this case, a pious hypocrite — would pretend that this comes as some sensationally shocking discovery.

Embarrassingly for Cambridge, some of Britain’s most respected historians have already begun to tear its report apart.

Chief among them, I’m glad to see, is my old tutor Professor Lawrence Goldman — once a Cambridge man, formerly editor of the Oxford Dictionary of National Biography and now emeritus fellow at St Peter’s College, Oxford.

As Professor Goldman points out in an essay for the website History Reclaimed, the report almost entirely ignores the fact that of all universities in the English-speaking world, Cambridge was by far the most influential in ‘organised opposition to the slave trade and slavery’.

Instead, the authors of the Cambridge report are determined to smear their institution with ‘guilt by association’. As Professor Goldman witheringly remarks, they are so desperate to attack their own predecessors that they even blame them for ‘the parents of Cambridge students’ who invested in the 17th-century slave trade.

But how on earth can a modern university be held responsible for what its students’ forebears did with their money more than 300 years ago?

What is even worse, notes Professor Goldman, is that the report shamelessly distorts the truth of even abolitionists’ lives, so as to present them as racist villains. Take, for example, the brilliant Cambridge mathematician Henry Coulthurst, an evangelical preacher and friend of Wilberforce. 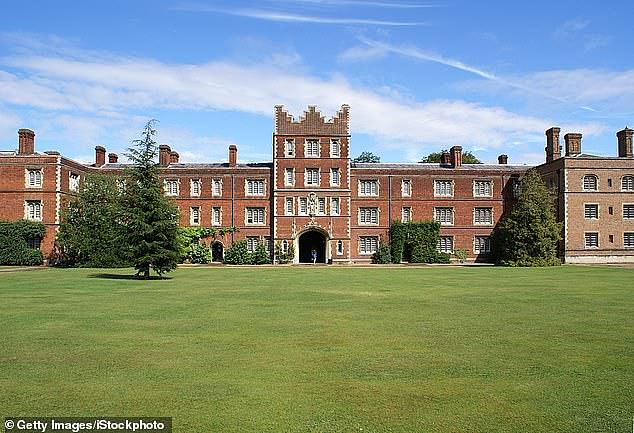 I’ve written before about the cult of narcissistic self-flagellation that has taken hold at my alma mater — the most shocking example being Jesus College’s (pictured) flagrantly dishonest campaign to destroy the reputation of its own greatest benefactor, the 17th-century philanthropist Tobias Rustat

Even though Coulthurst’s family made a lot of money from their plantations in the West Indies, he was horrified by the trade in human beings, against which he vigorously campaigned.

But that’s not good enough for the Cambridge report. Instead of praising him for gainsaying his own family’s financial interests, it prefers to damn him by association.

Even more shockingly, the report also criticises Thomas Clarkson, perhaps the greatest of all abolitionist heroes, for his ‘gradualism and elitism’, and condemns him for not supporting the cause of financial reparations. So even if you devote your life to campaigning against slavery, it seems, that still isn’t enough to save you from the abuse of today’s academic pygmies.

This report, by the way, is just the beginning. This week saw the opening of a three-day Cambridge conference about the need for Britain to pay reparations to its former colonies, with a host of American and other academics lining up to attack our history.

Out of dozens of speakers, not one dared to question the case for coughing up.

Risibly, the Revd Dr Michael Banner, dean at Trinity College, claimed that anyone who opposes paying slavery reparations is guilty of ‘ignorance’ and ‘stupid, knee-jerk responses’.

But who is this posturing mediocrity to tell the rest of us what to think?

To put all this another way, these speakers believe that all of us in Britain today — not just bankers and business leaders, but low-paid cooks, cleaners, bus drivers and bin men, as well as several million people whose parents and grandparents came here from the Commonwealth — should hand over our money to governments overseas because of something that happened centuries before we were born.

What is more, Professor Toope clearly thinks we need yet more lectures about this most shop-soiled of historical topics, because he’s just unveiled plans for a special Cambridge Legacies of Enslavement Research Centre, with costs projected to run into the millions.

Is this really the best way for Cambridge to invest its money? Aren’t there more pressing issues facing humanity — climate change, environmental degradation, inflation, stagnant economic growth, war in Ukraine and so on — than a transatlantic trade which ended almost two centuries ago? Apparently not.

Of course, we all know the real reason Professor Toope and his cronies are so exercised about this. (And, as anybody who reads this wretchedly poor report will know, genuine historical scholarship has nothing to do with it.)

The real reason is that by flagellating themselves about the supposed crimes of the past, Toope and his pals can present themselves as the incarnations of present-day virtue.

And by stamping on genuinely courageous figures such as Clarkson and Coulthurst, and presenting Britain as the embodiment of evil, they can pander to their favourite audience — the Left-wing fanatics who dominate social media and American universities.

You might expect this kind of thing from woke newsletters such as the New York Times, which never misses an opportunity to traduce and sneer at Britain. But coming from one of our own oldest and most famous universities, such cringing masochism feels distinctly below the belt.

Some of this, as I wrote here three years ago, can be blamed directly on Professor Toope, a Canadian human rights expert cocooned in the smug certainty of his own second-rate prejudices.

But, sad to say, the sickness goes far beyond the preening self-righteousness of a single man.

Too many institutions in recent years, from the National Trust to the Royal Shakespeare Company, have succumbed to a lazy, shallow, knee-jerk wokeism in which Britain’s history is reduced to a cartoonish caricature of cruel imperialists and saintly martyrs.

And despite its traditions of high seriousness and intellectual rigour, not even Cambridge, it seems, has remained immune.

The grim irony of all this is that at a time when Western values are under attack, and when our political, economic and environmental security has rarely seemed bleaker, we desperately need our intellectual institutions to focus on the challenges of the day.

Alas, too many supposedly clever people prefer to spend their time and our money building little soapboxes for themselves, from which they can shriek and rage at the sins of the distant past.

And it says a great deal about their narcissistic self-absorption that never, not even for a moment, do they stop to consider how deeply they are betraying Cambridge’s own proud anti-slavery history.