Home » Lifestyle » Duke legend Mike Krzyzewski talks about his greatest accomplishment: 'That's why I got into coaching'

Duke legend Mike Krzyzewski talks about his greatest accomplishment: 'That's why I got into coaching' 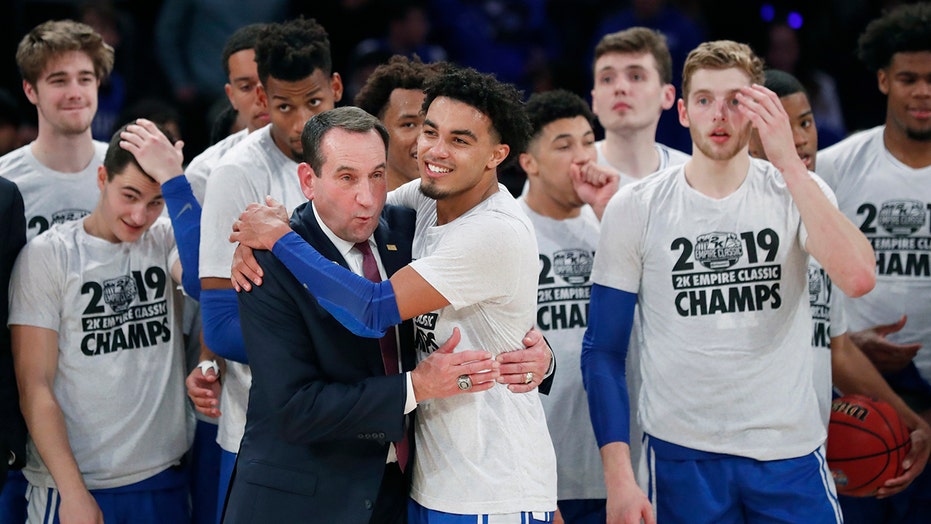 Born and raised in Chicago, Mike Krzyzewski knew from a young age that he wanted to be a basketball coach – but he could have never imagined the legendary career he would have as head coach at Duke for more than 40 years.

Krzyzewski appeared on the “Today” show Friday morning to discuss his retirement, but the winningest coach in NCAA Division 1 men’s basketball reminded Duke fans that his work still isn’t finished and his mind is on the season ahead.

“The end is going to come next April, hopefully, because that’s when the Final Four is on … I’m not thinking yet of retirement,” he said. “I’m thinking of next year. I’ll let my wife plan the retirement during the next eight or nine months.”

Coach K led Duke to five national titles, 12 Final Four appearances and a record of 1,170 wins, but he still believes that his greatest accomplishment is the relationships he’s made.

“The reason I got in it was [for the] relationships,” he said. “To have an impact on the young men that you have the honor to coach. That’s why I got into coaching. When I was 16, my coach had that impact on me, and one of my teachers in high school, and I wanted to be a coach since I was 16 years old, and that was the reason.”

For Krzyzewski, success follows when you form a connection with your players.

“Now the wins come as a result of having great relationships, not just with an individual player but with a group of  players and  having developed relationships among them and then you play as one and that’s been my goal every year,” he said.

The face of Duke and one of the most iconic college basketball coaches of all time, Krzyzewski said a lot has changed for him as a coach over the past four decades. He puts more trust in the team and tries not to take too much control over the game.

“I know a lot more,” he said. “I have better balance. I have 10 grandchildren now, that’s a big thing, but one constant is I always try to learn.”

Krzyzewski says he will stay on as an ambassador for Duke after his retirement and plans to use his free time to raise money for cancer research and other public charity works.