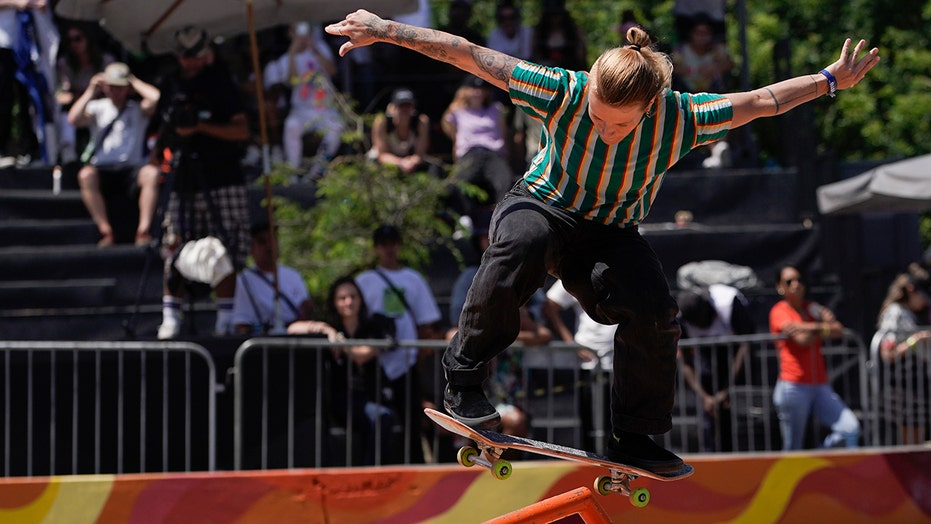 Dutch skateboarder Candy Jacobs, who was set to compete in the Tokyo Olympics, called the conditions at her quarantine hotel “inhuman.”

Jacobs was quarantined after testing positive for coronavirus and has been in isolation for about eight days. She was forced to miss the street event in skateboarding’s Olympic debut. The 31-year-old said in an Instagram video she’s had to force officials to allow her to get fresh air because her window doesn’t open.

Jacobs said she’s had to “go on a strike for outside air.”

“Not having any outside air is so inhuman,” she said. “It’s mentally super draining … definitely more than a lot of humans can handle.”

She said she and her team brokered a deal that would allow her to stand in an open window for about 15 minutes a day under supervision.

“Having that first breath of outside air was the saddest and best moment of my life,” she said. “Definitely feeling some new feelings here. It’s wild.”

The International Olympic Committee and Tokyo organizers have not responded to Jacobs’ revelation.