As the lockdown continues across the USA, the home of Elvis Presley has been filming inside to keep fans entertained. And now Graceland’s Director of Archives Angie Marchese has opened up a top-secret facility to share an inside look at some of The King’s artefacts that are not on display. In a new video post on Graceland’s Instagram, a note read: “While Graceland is closed, we’ll bring Graceland to you!”

The post continued: “Join along as we go Inside The Archives for an exclusive look inside the top-secret facility where Elvis’ personal items are stored.”

The Graceland archivist began the video surrounded by tons of files saying: “I’m going to show you guys some top secret things that we have stored here in the archives.

“Now the building itself actually is supposed to be able to withstand a hit from a tornado.

“Hopefully we never have to test that theory.” 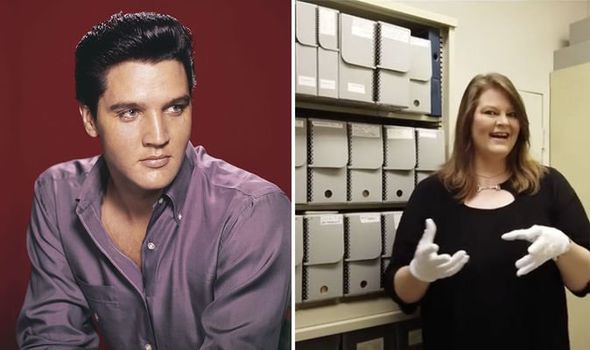 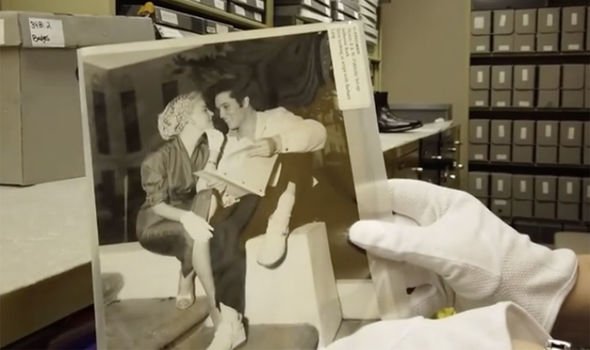 Stepping into the treasure trove of Elvis history, Angie said: “And it’s the coolest place on property. It actually stays at 68 degrees all year long.

“So in the winter it’s pretty warm and in the summer it’s really cool in here.

“We have over 90,000 images of Elvis, everyone better than the one before.

“Let me just pull out a random one. Here’s one of Elvis.” 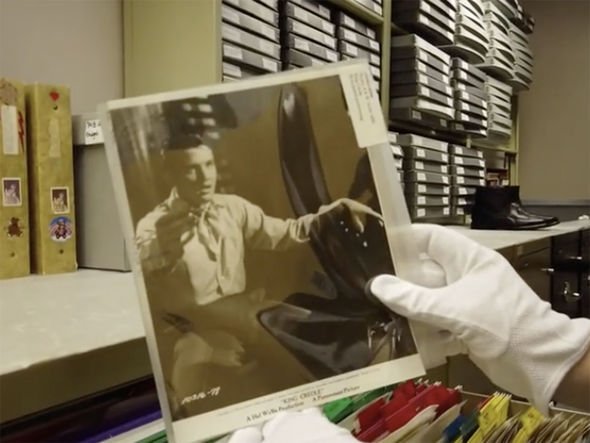 The first image saw Elvis sitting next to what appears to be Jennifer Holden.

Angie said: “This is actually on the MGM lot.

“It was a promo shot from Jailhouse Rock.

“The interesting thing about this photo is that all the images in this filing cabinet were actually here in Vernon’s office.”

She added: “So these are photos that Elvis and Vernon actually had.

“Who knows how many times Elvis actually flipped through and took at look at his photos.”

On to the next snap and the archivist commented: “King Creole, Elvis’ favourite film.

“And this again is another promotional shot, shot on location in New Orleans.”

Angie added: “As you can tell, we’ve got thousands of them to go through, so stay tuned for some more behind-the-scenes in the Graceland archives.

“Y’all be safe, stay healthy and we’re going to see you back here in Memphis, real soon.”

Last week, the archivist took fans on a tour through the Graceland mansion.

She even admitted that she has the privilege of going upstairs to maintain it just as Elvis left it.