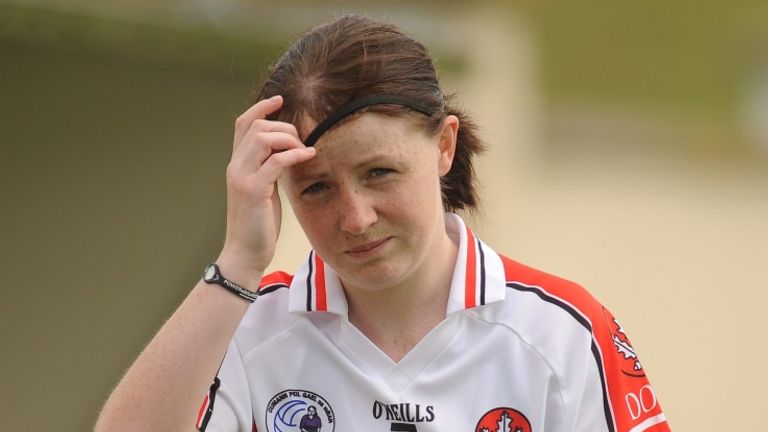 There is a chance that the coronavirus pandemic could prematurely end the longest current inter-county football career, but after first kicking a ball for Derry aged 13, 22 years later Antrim’s Emma Kelly is still reluctant to walk away from the game she loves.

Belfast-based Kelly works as Sport4Development facilitator with Community Sports Network, but along the route she has touched so many clubs and team-mates.

She played with her native Desertmartin and neighbours Glen in Derry. She represented Ireland three times at the AFL World Cup – captaining them to victory in 2011 – played 12 years soccer for Cliftonville, togged out for UUJ before finding her home again with Naomh Pól in Belfast.

At the age of 35, she has crammed in the sporting careers of a successful full-back line, but she’s far from done.

As well as all the memories on the playing field, Kelly has delivered massive results off it, too. Playing and coaching ladies’ football is just the half of it.

“People sometimes laugh when I tell them what I do. I’d be in primary schools in the morning, coaching all sorts of sports. Then I’d be out in a nursing home doing activity games with residents, or I could be in one of the prisons doing up-skilling courses. We use sport as a tool to see everyone,” said the full-back.

“We run programmes in Maghaberry and Hydebank prisons for those who are nearing release, trying to get them some sort of qualifications. Whenever they come out and are on probation, we run another programme to try and keep them active.

“They could be at boxing, mountain biking, football or whatever. We run cooking programmes with them too – it’s a complete mixture of things. It’s one of those jobs you love because it’s so different and you get to meet all sorts of people.” 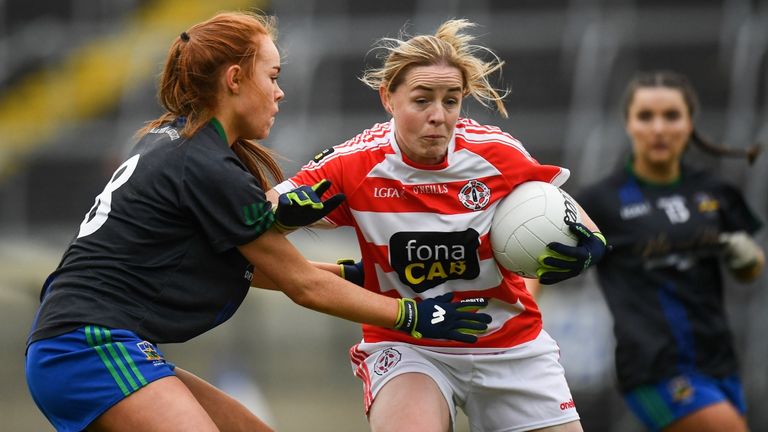 Football and work combined in recent years for Kelly, with the development of the underage ladies’ football winter leagues, in association with Antrim LGFA.

What started off as a tester project has blossomed into a 28-team seven-week competition for the county’s U14 and U16 players.

Graduates of the competition have already worked their way into the Antrim senior set-up alongside Kelly, and she hopes it is a good sign for the future.

“I slag a lot of our senior girls because we always struggle for numbers, but whenever I was involved with the county underage you’d have 60 girls showing up for a trial,” she said.

“They are making friendships and that filter through with them. Players like Orla Corr, Maria Hanna, Ciara Brown, Lara Dahunsi, Niamh Webb, Ciara Larkin, the Taggart twins. They all played underage for me and with each other.

“Luckily they have come through, but a lot of talented players have disappeared through the cracks and might not be even playing club any more. I’m just hoping that these 14s, 16s and 18s will reach the seniors. It’s such a privilege and an honour to play for your county.” 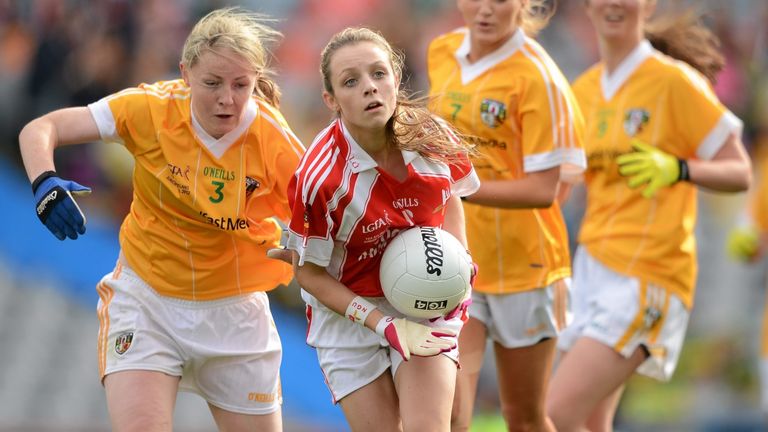 Ironically, Kelly had already made her inter-county debut by the stage her U14 players are at in winter league football. Her father and mother, Tony and Kate, put in plenty of miles taxiing her to and from training, but there was no holding her back.

“I started playing county in 1999, I hadn’t turned 14 when I started. I played 13 years with Derry before I linked up with Antrim,” she said.

“I loved it. Every bit of training, Mammy and Daddy were wondering ‘where is she away to now?’ They’d be giving me lifts just to get a lift. I was even coaching in schools before I got my licence so Daddy was driving me round for that too. Once I got my driving test when I was 17, that was it, they didn’t have to ask where I was going.”

When Kelly’s home club Desertmartin went dormant, she played on with Glen, but after finishing a sports coaching degree at UUJ, a full-time job in Belfast resulted in a permanent club transfer to Naomh Pól.

In 2012 she was convinced to play county football with the Saffrons, but after an uncertain start, she soon settled into the shirt.

“I always said I was Derry through and through, but Derry were going through a bad patch at that stage. Word from the Derry secretary was they weren’t going to play at all in the league that year. Seeing as I was playing club in Belfast already, I signed the papers. By the time it emerged that Derry were giving it another go, I had already transferred to Antrim.

“As luck would have it, we ended up playing Derry in the Ulster final…an awkward moment. It was pretty hard to play against them, but the competitive mentality kicked in there.

“The first couple of sessions with Antrim were a bit awkward too. Some of the more senior girls probably weren’t best pleased seeing me racking up. They knew I’d played 13 years with Derry, so it took a wee bit to settle in there. We won the Ulster and went on to win the All-Ireland a couple of months later, so I can’t really complain.”

So is this the end of the line for Kelly as an inter-county player? One minute she thinks 22 years is enough, only for the competitive monster to convince her otherwise. To keep both sides happy, she’s sitting on the fence for now: