Emma Raducanu took her blazing summer to new heights with a crushing victory over Sara Sorribes Tormo to reach the fourth round of the US Open.

The 18-year-old has now matched her breakthrough run at Wimbledon but the strides she has made in just the last two months were evident as Raducanu raced to a sensational 6-0 6-1 win over the world number 41.

Spaniard Sorribes Tormo is having the season of her life, halving her ranking and beating Ashleigh Barty at the Olympics, but she was left helpless by the brilliance of Raducanu.

The Kent teenager has not dropped a set across six matches in qualifying and the main draw and was superior in every area, out-hitting and out-thinking one of the most durable players on tour.

Ranked outside the top 350 in June and having never faced a top-100 player, Raducanu is now set to break that milestone herself.

This was her seventh win from nine matches against players inside three figures, and she is likely to earn a crack at the very best in world number one Barty next. 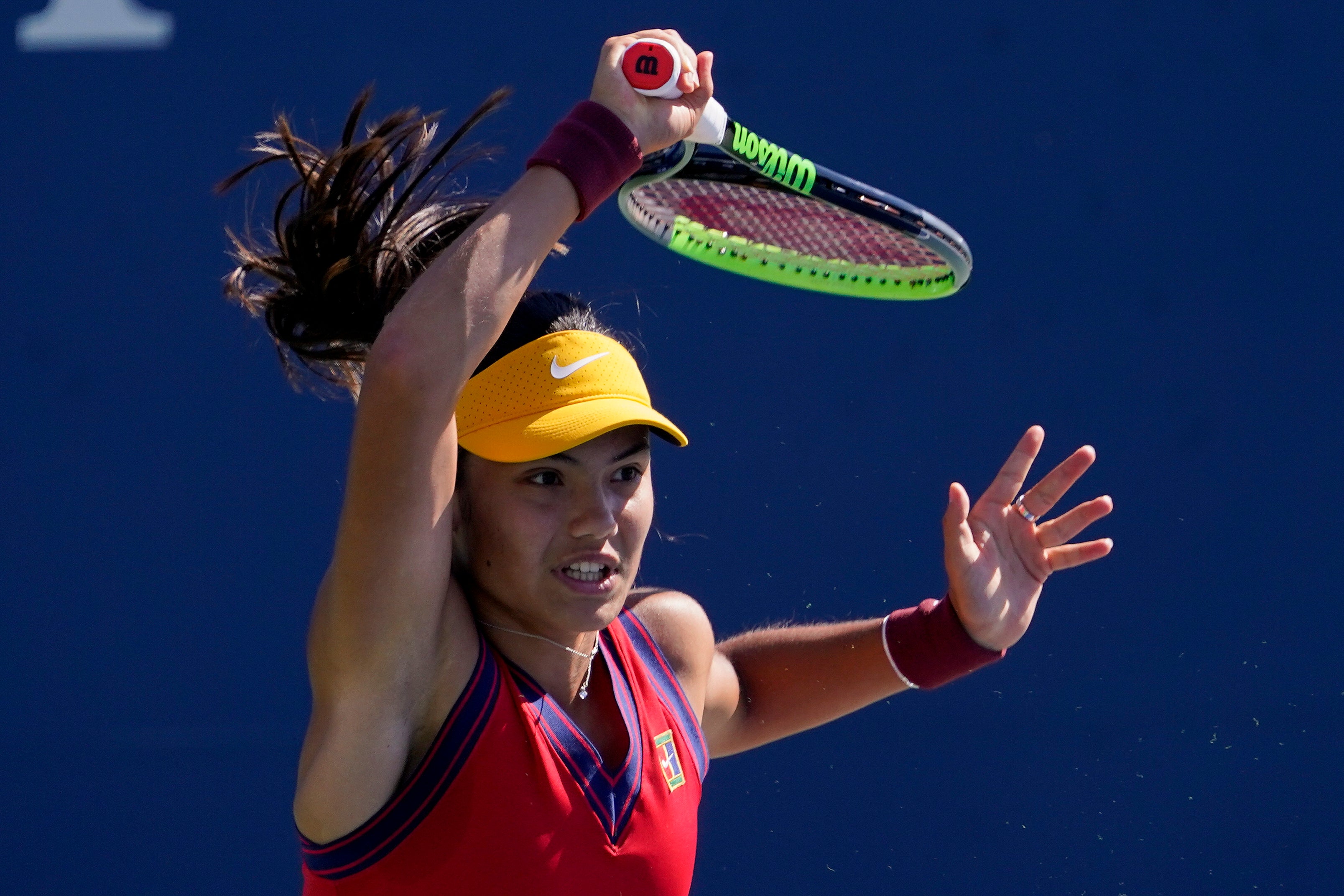 That will, of course, be a formidable challenge but there is no doubt all of the women’s tour will be wary of the British phenomenon.

The tone was set in the first two games here, with Raducanu’s weight of shot causing all sorts of problems for Sorribes Tormo, who likes to have time on the ball in order to do damage with her spin.

She was failing to land any meaningful blows on Raducanu and, after breaking serve in a lengthy second game, the teenager steam-rollered her way through to the last 16.

Raducanu only began to show the slightest signs of nerves in sight of the finish line, missing the chance to complete a double bagel. But she clinched her second match point for another headline-grabbing victory.

Raducanu told Amazon Prime: “I was playing very well and I know Sara’s an extremely tough opponent. She doesn’t make a mistake so you have to be on your game every single point.

“I had to work so hard and there were some really, really long deuce games that could have gone either way so I’m just really happy that I managed to maintain and stay on it and win in the end.”

The teenager seems unaffected by the whirlwind around her, and she said: “I’ve got a great team around me, a great team here so we’re just sticking to the same routines.

“It’s been two weeks in New York now and into the third week. I never thought I’d be here but I’m just so, so excited.”