RORY BURNS isn’t the prettiest thing in two pads but he is tough, determined and resilient.

The Surrey opener’s third international century saved England from potential embarrassment in the First Test and cemented his position for the summer. 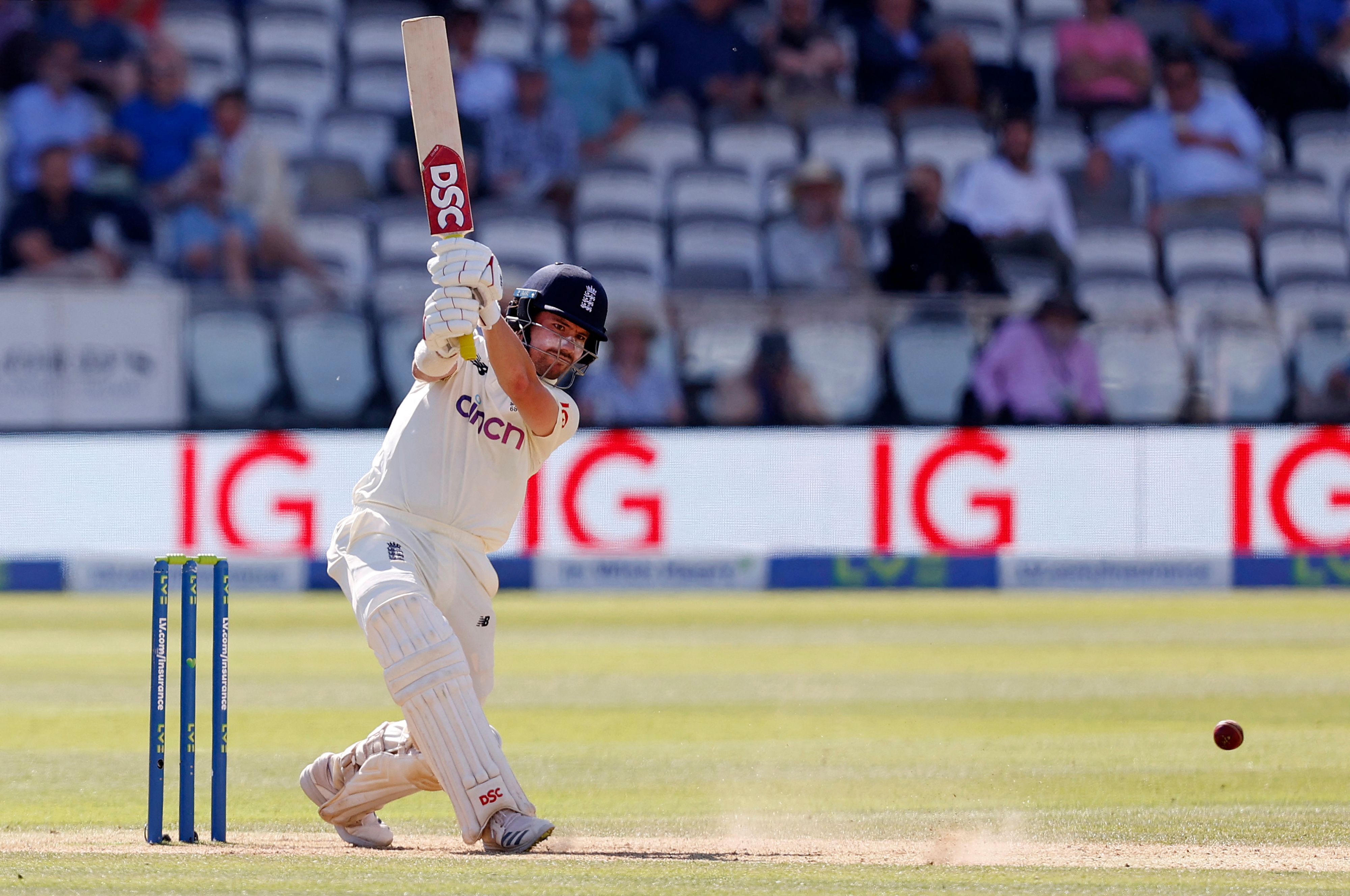 It was not a thing of beauty – not even Burns’ biggest fan would claim he is easy on the eye – but it was a monument to substance over style.

While Zak Crawley and Dan Lawrence played appalling shots, Dom Sibley’s technique was exposed, Ollie Pope flattered to deceive and James Bracey made a duck on debut, Burns batted for all 101.1 overs of England’s innings.

He was dropped, survived an easy stumping chance and was twice hit on the head but he would not be shaken..

His quirky technique, with his glance to mid-wicket before every ball and his closed bat face, would never be coached. But it serves him well.

At one stage, England were 140-6 and in danger of being asked to follow-on.

But, with Ollie Robinson scoring 42 in his first Test innings and Jimmy Anderson helping Burns add 52 for the last wicket, they got within 103 runs of New Zealand’s total of 378 all out.

Whatever you think about Robinson’s racist and sexist tweets as a teenager, he has been able to focus unerringly on cricket since his public apology on Wednesday evening. 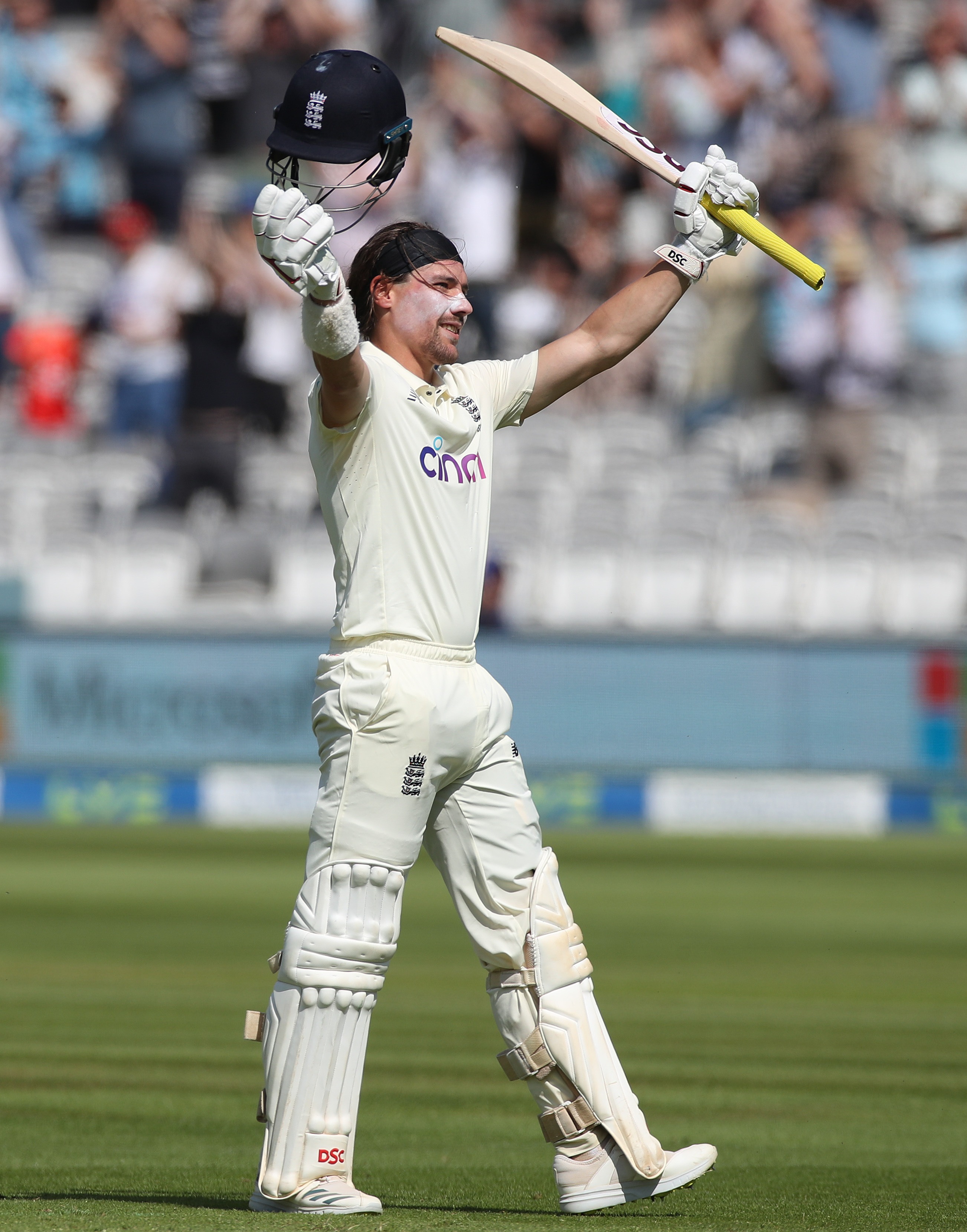 By the close of day four of the First Test, the Kiwis had reached 62-2 and an overall lead of 165.

Burns had a tricky winter, missing the two Tests in Sri Lanka to be at the birth of his first child and then being dropped after two matches in India.

But he secured his selection here with five fifties and a century in his six most recent innings for Surrey.

Burns said: “My batting style has evolved over the years. I’ve tried to put together a method that allows me to score the runs I want.

My wife and our baby daughter Cora were here today. It was special to get a hundred in front of them. Not that she’ll remember, but I will

“After the winter, it was important to take the next opportunity that came my way. New Zealand bowled well and dried up my runs, so it was a bit of a grind.

“My wife and our baby daughter Cora were here today. It was special to get a hundred in front of them. Not that she’ll remember, but I will!”

England began with 111-2 after Friday’s washout but New Zealand instantly started to make up for lost time when Joe Root was caught at second slip from the first delivery of the day.

Pope played a couple of pleasing shots but was then plumb lbw to Tim Southee on review while Lawrence drove recklessly at his second ball and edged into the slips.

Bracey had his stumps spreadeagled by the superb Southee and suddenly England were in serious strife.

England’s top seven began the match with an average age of 25 years and 346 days – their youngest in 528 Tests at home. On this evidence, it might be one of the worst top sevens, too.

Robinson looked more than competent with the bat before top-edging a pull but Mark Wood recorded the fourth duck of England’s innings.

Burns should have been stumped on 77 by B.J.Watling and, on 88, was spilled by Southee at second slip with Ross Taylor failing to snare the rebound. Southee and Neil Wagner both banged Burns on the bonce.

Stuart Broad pulled Wagner for six before being yorked but Anderson hung around long enough for Burns to reach three figures.

The milestone was reached with an edge to third man for two. Burns then actually played a few beefy shots, including his first six in Test cricket when he hoisted Wagner over mid-wicket.

He eventually departed when he edged an attempted cut shot and gave Southee his sixth wicket.