FIFA president Gianni Infantino has lashed out at European critics of World Cup host Qatar after the state banned the sale of beer in its stadiums two days before the start of the competition.

Mr Infantino criticised those speaking out against Qatar’s human rights abuses and management of the World Cup and dismissed complaints over the alcohol ban.

Yesterday, the Qatari royal family demanded that no alcohol be sold inside stadiums at the competition despite FIFA’s £63 million sponsorship deal with Budweiser.

Alcohol is normally severely restricted in Qatar, with sales limited for tourists to some hotels and restaurants.

Fans arriving in the gulf state from around the world will now only be able to buy beer in ‘fan zones’ where a pint will cost £12 and supporters are restricted to just four drinks each to stop them from getting drunk.

Mr Infantino reacted furiously to a backlash from Europeans over the ban, suggesting fans should not complain about not being able to drink. 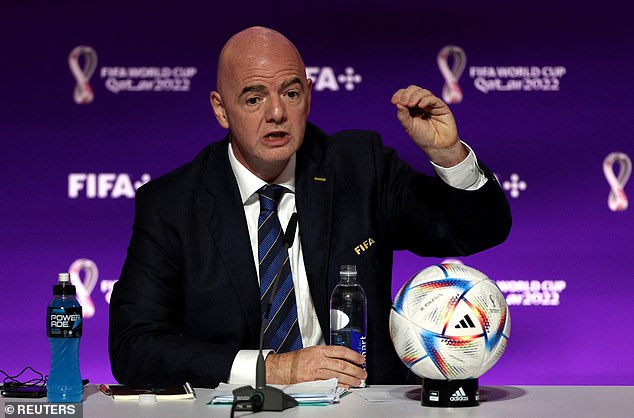 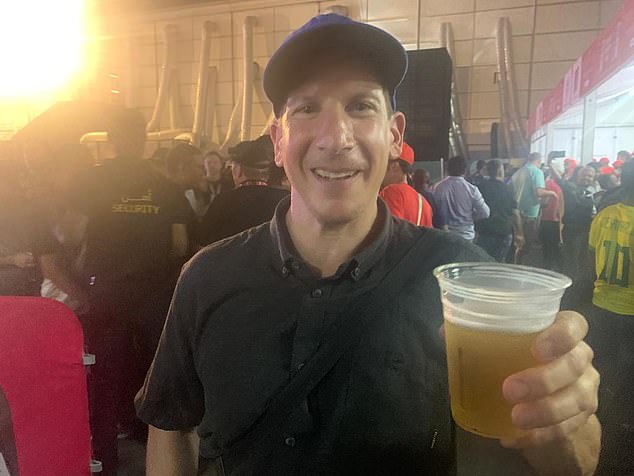 He told a press conference: ‘Honestly, if this is the biggest issue we have for the World Cup, I will sign immediately, go to the beach and relax until the 18th of December.

‘Every decision we take at this World Cup is a joint decision between Qatar and FIFA.

‘I think personally if for three hours a day, you cannot drink a beer, you will survive.’

The FIFA president added: ‘What we Europeans have been doing for the past 3,000 years, we should be apologizing for the next 3,000 years before we start giving moral lessons to people.’

He said Qatar and capital city Doha will be ready to host the ‘best World Cup ever.’

Mr Infantino also branded suggestions that there were ‘fake’ fans in Qatar as ‘pure racism’.

Videos have circulated this week of fans reportedly paid by the Qatari government to support different national teams to build atmosphere for the World Cup.

He said: ‘People shouldn’t cheer for English because they don’t look English?’

‘This is racism. This is pure racism. Everyone in the world has the right to cheer for who he wants.’

Mr Infantino related the criticism to bullying and discrimination he said he experienced as a child of Italian parents who moved to work in Switzerland. 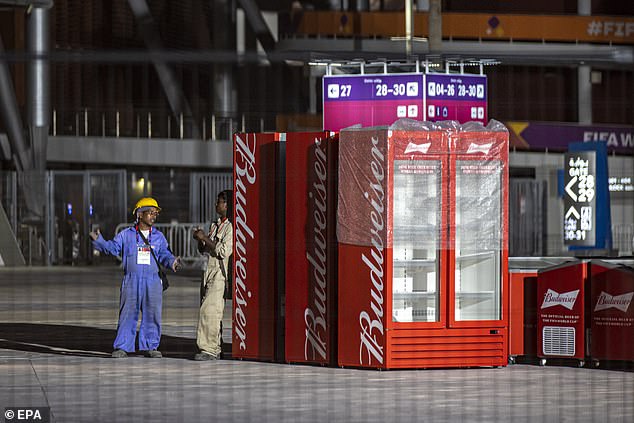 He said European nations have closed their borders to immigrants who wanted to work there, whereas Qatar had offered opportunities to workers from India, Bangladesh and other southeast Asian nations through legal channels.

Under heavy international scrutiny, Qatar has enacted a number of labor reforms in recent years that have been praised by Equidem and other rights groups.

But advocates say abuses are still widespread and that workers have few avenues for redress.

Mr Infantino said: ‘What has been put on the table in the past few months is something quite incredible.’