Home » Lifestyle » François Clemmons Knows How To Look For The Helpers

François Clemmons Knows How To Look For The Helpers

This article is part of a series called “How to Human,” interviews with memoirists that explore how we tackle life’s alarms, marvels and bombshells.

Mister Rogers was famous for telling children to look for the helpers in times of crisis, and here we are in a bona fide crisis, a pandemic. Though Mister Rogers is no longer with us, François S. Clemmons, who played Officer Clemmons for 25 years and acted as a unifying force amid racial inequality, is. Clemmons has a new memoir, “Officer Clemmons: A Memoir,” coming out Tuesday.

He writes in beautiful spare prose about a deeply traumatic upbringing experiencing domestic violence and racism that almost held him back from pursuing the study of music. He describes his struggle with coming out as homosexual, as well as what it meant to have a deep friendship with Fred Rogers. Clemmons sat down with HuffPost via Zoom in April to discuss his life and what Mister Rogers would think about this moment in history.

Today is your 75th birthday. Happy birthday! It’s a big one.

Yes, it is! It is 75, and I’ve had so many. Huh? I’m having a lot of mixed emotions about it because Fred Rogers died at 74. He didn’t make it to 75. So it’s like I’m older than my surrogate daddy. I used to think of his age as patience, kindness, wisdom, a certain kind of understanding and insight.

Well, to be really frank, I haven’t had a hug in almost two months.

Oh, yeah. It is! It’s heartbreaking to me, too. I had a moment about two weeks ago when I literally panicked. I was thinking, “I’m never going to hug anybody again.” I did. I live alone. I see people on the street, but they chase me back in the house. “Stay in the house, and stay safe!” I know they’re doing what they feel is best for me. The big question, from my perspective, is what do we do to ourselves as a culture, as a society, when we isolate ourselves? We’re gregarious. We’re social people, and also, when there’s a problem, we come together — we sit, we talk about it. Everyone has some commentary, and you make certain kinds of decisions.

Everyone is isolated. Thank God for Andrew Cuomo, the governor. Someone has stepped into that rank and has given us some real analytical understanding and thinking, adult thinking, about this virus. It has stirred up our society to the very core.

The other part of that is when we grieve, when someone dies, we like to hold their hand. We like to rub their shoulders and maybe get a couple last kisses. There’s an intimacy, a hugging that we, as human beings, our species requires that.

There’s no consolation now because we cut that step out. So you can’t touch. You can’t be in the same room. You have to have a glass separating you or a mask and all that stuff. So you don’t get to hold the hands of your beloved who is dying. We need that as a human being, as a species.

People who have partners, this is again just my opinion, they don’t quite get the desperation of the single person because they literally don’t have to deal with it. Even when you’re in a marriage or with a partner whom you don’t talk to very much, you don’t feel alone. You’ve got that other body that moves around, doing its thing. So that is a catch, and there are lots of single people in this society. That’s the other thing I’m really aware of, and they’re not all over 75. 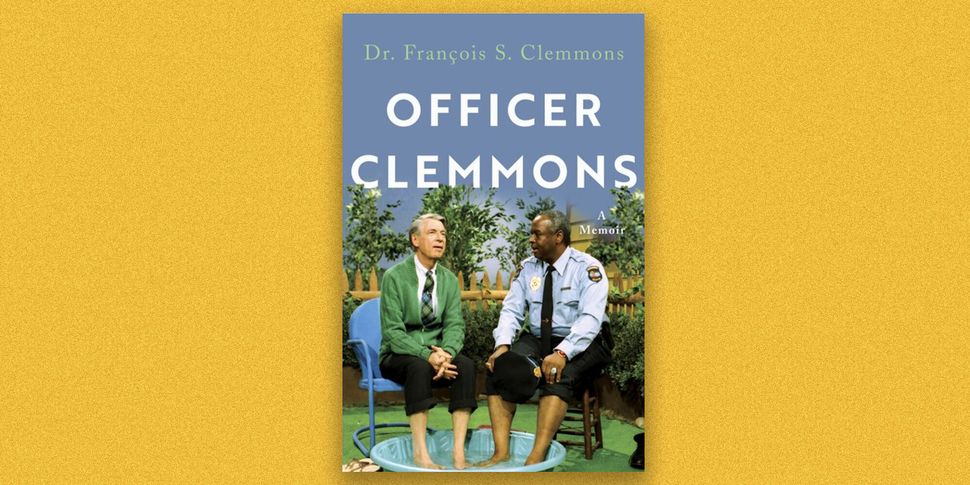 How do you think Fred Rogers would respond to this moment?

A few people have asked me that. I don’t think this is something that Fred should be dealing with. It’s something we need to be dealing with, and asking what he would do is OK, but what it boils down to is you and I are in charge now. Fred’s not in charge anymore. He’s not instructing us the same way. He’s left us in charge. He knows that he did his job, what he imparted to us is so special. Now it’s your turn to show that you are worthy of sitting in that driver’s seat, and that would be an adult. We adults have to talk with each other and decide what’s best.

“Sesame Street” did a Zoom version of their show a couple of weeks ago. If “Mister Rogers’ Neighborhood” was still running, what kind of show would he try to put on, let’s say, working from home?

Well, that’s a very interesting question, because Mister Rogers had a retreat place that he used to go to. So he didn’t really work in a certain way, like at a computer and stuff at home. So I’m sure he would make the adjustment. And from the standpoint that he’s an introvert, and he very often went away to write scripts and to think. So he would be thinking about, “What are we doing to our children by making these decisions right now? What do the children do? How do they respond?”

Let’s talk about your book. The cover shows that famous scene of you and Mister Rogers dunking your feet in a kiddie pool. Could you talk about that?

Yes. We were re-creating a scene we did early on in the show years before where I came by the house on a sunny day, and we put our feet in the water to cool off. The real reason we did that was because Southern people who were discriminating against Black people did not want them to use the swimming pools. So they threw chemicals in that water. It was so mean-spirited.

Atlanta and Memphis, Nashville, all of those Southern capitals, all of these white people saying you cannot come and swim in this pool because you’re Black. Well, are you serious? I was so pissed at them, and I had to do something. So I didn’t feel like I could do it, so I said, “Fred, what can you do?” And that was his answer to come up with a solution where we’d sit down, two friends, and put our feet in the water. It also has a physical reference to Peter, who in the Last Supper, in the upper room, he did not want Jesus to wash his feet. Now some of that we just couldn’t help. The meaning, the implication, that’s what I mean. We couldn’t help the implication that Fred was the leader of the movement or some people consider him a contemporary holy man.

In the beginning of the memoir, you started with a scene, a very dramatic scene of murder, between old Master Sanders, Laura Mae and Noah Leon. I was wondering, you had many places, I think, that you could have started your memoir, why did you pick this scene to begin?

OK. I think people are very interested in my relationship with Mister Rogers. So that’ll take a total of 15 pages getting to that time, when they understand that it’s a memoir or autobiographical approach that I’m taking. So I felt that people would wait a couple of pages to get to the Mister Rogers stuff and I could give them some biographical stuff. I feel like they need to know who this man is that’s talking about Fred Rogers. And why I am the way I am, and notice some of the things that I notice. I looked at a number of books that have been written about Fred. I read them, and I liked a lot of them, but what I felt was there was a certain perspective that they wrote from that I would not have written from the same perspective. And I think I was the only person with my perspective, this perspective, and that is one of them is I’m gay. And I want to say that to people so they understand that there’s a gay person working on “Mister Rogers’ Neighborhood.”

It’s also just as important to me that I wanted people to know that I came from a matriarchy. In my opinion, that’s part of what I’m saying. I did not come from a patriarchy. And that matriarchy was from my great-grandmother, my grandmother, my mother down to me. And I think that’s where a lot of my feminine identification came from. The men were around, but they went off to work and they left… The children were the woman’s work, and they helped me to understand who I am. My creativity comes from my connection. They sang the spirituals before I was born. My great-grandmother, my grandmother, my mother, all of them sang.

So that’s what I was trying to do in those opening chapters, get people’s attention to the fact that I’m a Black fellow from the ghetto, and women raised me, not men. So that in order to understand who I am now and what I became, what I committed myself to, I think they have to have that backstory.

This interview was condensed and edited for clarity.