It was 30 years ago this year that Freddie Mercury died of bronchial pneumonia resulting from AIDS. A few months before, he shot his final scenes in front of a camera in what would be his last music video with Queen. The track was drummer Roger Taylor’s These Are The Days Of Our Lives, which features on the band’s 1991 album Innuendo.

The music video’s shoot took place 30 years ago today on May 30, 1991 and was filmed by Rudi Dolezal and Hannes Rossacher of DoRo Productions.

Freddie Mercury, Roger Taylor and John Deacon were present, while Brian May was out of the country on a promotional tour so was added in digitally later.

While the Queen singer would pop into the studio for an hour or two at a time depending on how strong he was feeling.

In the black-and-white footage, Freddie can be seen to have lost weight from his illness but showed much resilience in the performance. 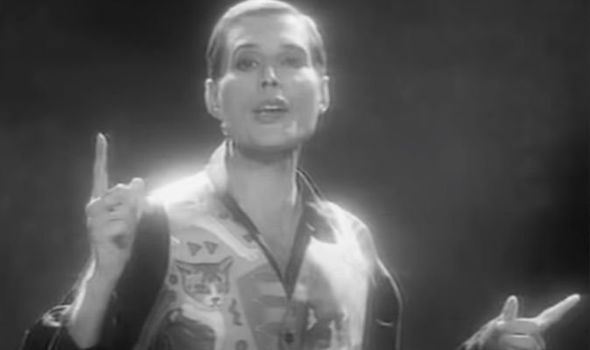 During the music video Freddie, who loved his cats, wore a waistcoat with the felines on that was made for him by Queen costume designer Diana Moseley.

While at the end of the footage, the singer looks straight at the camera and whispers “I still love you”, his last words on film.

Originally, These Are The Days Of Our Lives’ lyrics were a reflection on parenthood.

However, they would go on to take a different significance upon Freddie’s death when the track hit No 1. 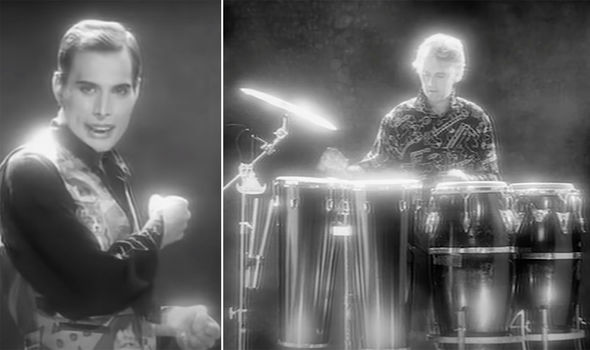 Last year, Brian May spoke warmly of the “precious moments” recording Innuendo’s The Show Must Go On track with Freddie in his final days.

On that difficult time, the 73-year-old said: “Even though we were all aware of Freddie’s impending tragedy, we had some inspired and joyful times in the studio, making the Innuendo album.

“We didn’t speak much about Freddie’s illness – he just wanted to get on with ‘business as usual’ as far as possible.

“But already there was only a day or two per week when Freddie was well enough to come in and work with us.”

Brian added: “We grabbed those precious moments and made the most of them.

“I’d been working on The Show Must Go On as an idea, but I was uncertain whether the title was too obvious.

“Freddie heard it and loved it and dismissed any thoughts that there was a problem with the chorus or the title. He wanted to work on it.”

Sadly the Queen singer’s untimely death meant he never had the opportunity to sing The Show Must Go On live.

However, The Show Must Go On made its on-stage debut in April 1992 at the Freddie Mercury Tribute Concert. During the performance, Elton John sang lead vocals while Black Sabbath’s Tony Iommi played guitar.

On singing the famous track with Queen today, Adam Lambert said: “The Show Must Go On is a song with a very deeply resonating message.

“I think we all have moments in life where we feel the odds are against us and the climb is a steep one.

“I always sense a great cathartic release throughout the audience during this song. I think we all recognise that it was a big statement for Freddie at that point in his journey as well. He was fighting for his life.”