Home » Lifestyle » From their home to yours: Lady Gaga redefines the crisis concert

From their home to yours: Lady Gaga redefines the crisis concert

Country music star Keith Urban probably didn't expect to be performing for millions of people around the world any time soon, and certainly not from inside his rehearsal studio.

“But what experience isn’t weird at the moment? To quote the new Strokes' album, it is the New Abnormal," says Urban, who is self-isolating with his wife, Australian actor Nicole Kidman, and their children in Nashville in the US.

The four-time Grammy Award-winner is one of 115 celebrities from music, sport and film who will feature in the One World: Together At Home concert, which will be broadcast online and on TV in Australia from early Sunday morning. 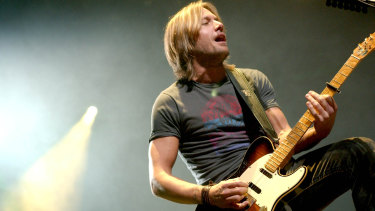 Keith Urban is among the performers recruited for the One World: Together At Home concert.Credit:Jesse Marlow

The event, which has been curated by Lady Gaga and boasts Elton John, Paul McCartney, Stevie Wonder, Lizzo and Billie Eilish on its line-up, will be presented by Australian anti-poverty organisation Global Citizen and the World Health Organisation. It aims to celebrate frontline healthcare workers, to encourage people to stay inside, and to raise awareness about WHO's COVID-19 response fund. 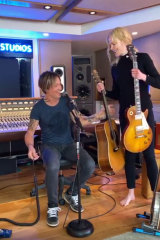 The concert's celebrity volunteers have had to adjust to the new normal and so too have the organisers, as they try to create what is by far the most ambitious live stream event since the coronavirus pandemic started … and all from their lounge rooms.

Trying to wrangle 115 people, in separate locations and with different technology available, for an eight-hour live stream was never going to be feasible.

Instead, the performers have pre-recorded their contributions, which will be spliced together to create the show. Audiences will see the performances, introduced by late show hosts Jimmy Kimmel, Stephen Colbert and Jimmy Fallon, as well as cameos from other stars such as soccer legend David Beckham.

The show joins a long tradition of concerts held during times of crisis, perhaps the most famous of which is the 1985 benefit Live Aid, which raised funds for and awareness of famine in Africa.

The first six hours of One World: Together At Home will be available online from 4am on platforms including YouTube, Facebook and Instagram and the final two hours will be screened on Seven and Ten from 10am and later repeated on subscription channels MTV and E!

The show is not a telethon but before the concert was publicly announced, major organisations including IBM and Cisco had already contributed more than $35 million to WHO's COVID-19 response fund. After Lady Gaga unveiled the concert on Fallon's late show, she wangled $10 million from Apple's chief executive Tim Cook. The total amount raised, which will be used to provide personal protective equipment to frontline healthcare workers and other COVID-19 initiatives, will be revealed during the show.

Urban recorded his performance for the event at his rehearsal studio in Nashville. As well as spending more time with his family than his hectic tour schedule would usually allow, he has spent his self-isolation working on his 12th studio album.

“I am looking forward to it. It is an amazing line-up to be part of and a bit of a strange experience to be on this line-up, in this way, with everyone doing it from home,” Urban says.

And he has been able to put his new "roadie", a term Kidman appears to have embraced, to the test. “It is awesome having Nicole here. She will be like ‘do you need me to pass a guitar or something while you are playing’ and that actually makes a lot of sense,” he says.

Urban isn’t the only Australian on the line-up. Singer Delta Goodrem will perform her hit Together We Are One, which she wrote for the opening ceremony of the 2006 Commonwealth Games in Melbourne.

“I was honoured to be asked,” says Goodrem, who recorded her performance from her Sydney apartment. 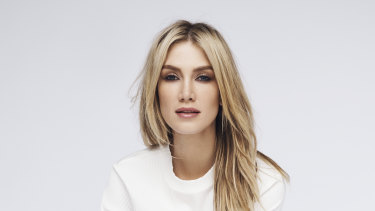 Delta Goodrem will perform her 2006 hit Together We Are One during the event.Credit:Simon Lekias

“I am a very proud Australian so to be in this part of the world with the global community coming together, I take great pride in being able to sing through the heart and share that message of staying at home, staying safe and staying together.”

“Every single person in the world is going through so much right now. It changes everybody’s life,” Goodrem says. “I think the goal with this is for everyone to feel united. That is the main objective.”