GAA hoping to have crowds at championship games in 2020 John Horan says the GAA are still holding out hope of crowds to attend championship games in 2020.

The association unveiled their return-to-play roadmap on Friday evening, with the All-Ireland Championship set to begin in October.

“It would be our hope to have attendances at games,” said the GAA president. “It may mean we would use restricted venues for the inter-county championships when they actually come back on board.

“It’s something we see as desirable to have crowds at a game. Obviously they won’t be at the level [as seen before], we’ll be restricted, that they were but that restriction will take into account all the health measures and guidance that we are giving.

“We are really waiting for the government to come out with a figure on that because they talk about gatherings earlier until September 1, all our gatherings are outdoor so that would also be a factor.” 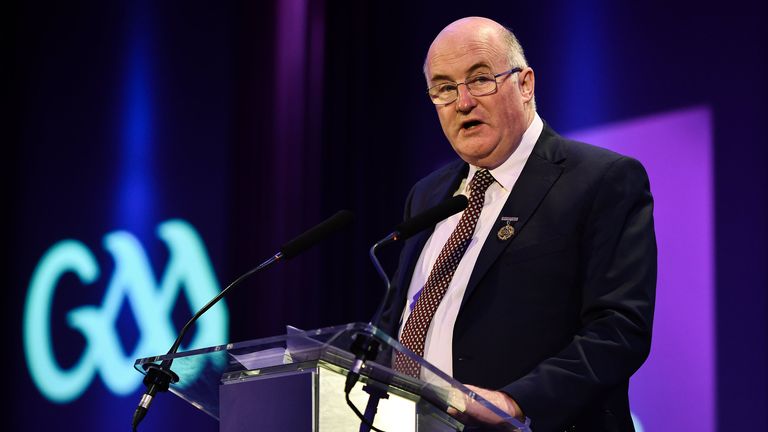 It would be our hope to have attendances at games.

Horan is hoping to see crowds attending matches in 2020

“Would it be worthwhile if you can’t have a crowd? I don’t know whether it would or wouldn’t, there is a lot more value to the championship than the financial end of it. We won’t be guided by that.

“I think it’s just a case of being flexible, being able to adapt to whatever hand that we are dealt. None of us would have a huge amount of appetite for playing games behind closed doors.”

The formats of the intercounty competitions are yet to be decided. The association, however, committed to releasing a plan by the end of June.

While it is unclear what shape this unprecedented 2020 season may take, it may spill over into the new year.