Home » Lifestyle » Geek who brought chaos to the financial world

Geek who brought chaos to the financial world

BOOK OF THE WEEK

Nearly a decade ago, a joke appeared on the internet chat forums used by traders in the financial markets.

Ever since the internet came along, people have been using it to do the deals (in shares, futures options and the like) which used to happen in person or on the phone. And the faster and more powerful computers have become, the more those machines have been making the decisions on when to buy and sell. 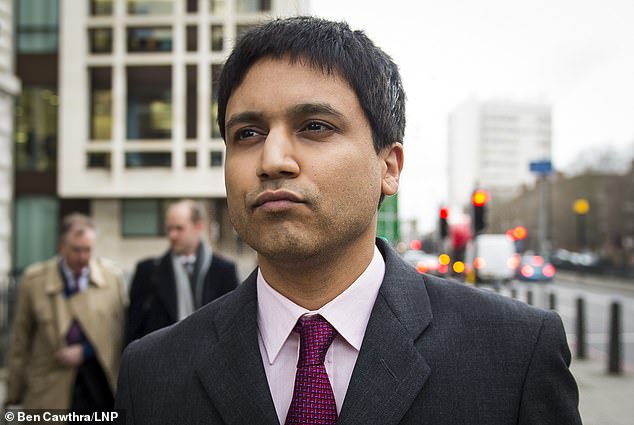 Liam Vaughan reveals Navinder Singh Sarao’s (pictured) involvement in the sinking of the world’s markets in 2010, in a new book

You’d think a world in which humans were relegated to the sidelines would make for a pretty dull story, but actually this book about the 2010 ‘flash crash’, when the world’s markets briefly sank like a stone, is a gripping human drama.

The main reason for this is the particular human at the story’s heart: Navinder Singh Sarao, a quiet, socially awkward 30-something accused of causing the crash from his bedroom in Hounslow.

Most financial scandals of recent years have featured brash Wolf of Wall Street-style characters, all Lamborghinis and supermodels. But Sarao is the complete opposite. Despite career earnings of $70 million he still lived with his parents in their London semi.

They never knew how much money he was earning, because he didn’t tell them and he never spent it on anything. Possessions meant nothing to him — the money was just a way to keep score.

He used a small motorcycle to travel to the brokers’ office in Surrey where he learned to trade (before doing most of his dealing from home), and was so absent-minded he often forgot to take off his helmet before sitting down to work.

Meeting eminent tax barristers to discuss his investments he would turn up in T-shirts and sweatpants, carrying his paperwork in a Tesco bag. At a conference with top private bankers he slurped an entire cup of coffee with a teaspoon. 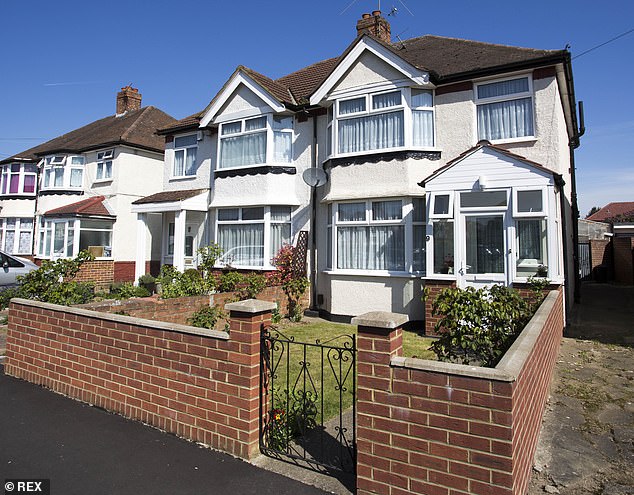 Navinder Singh Sarao who lived in Hounslow, knew his times tables by age three and spent so long on computer games that he was ranked among the top global players. Pictured: Navinder’s surburban home

Eye contact was not his thing. It’s no surprise that Sarao has been diagnosed with Asperger’s syndrome. And yet this same tendency explains his brilliance.

The little boy who knew his times tables by three, who spent so long on computer soccer games that he was ranked in the top few hundred of three million global players, grew up to spot patterns in futures markets (he favoured the Chicago Mercantile Exchange) that no one else did. He also had the astonishing ability in mental arithmetic to act on them fast.

At the Surrey office he deliberately chose a desk by the toilets, three rows from anyone else, where he sat wearing ear defenders so the others’ pack instincts couldn’t influence him.

Once he’d committed to a decision, he would lie on a sofa in reception, playing a game on his phone so he wouldn’t be swayed by short-term fluctuations. 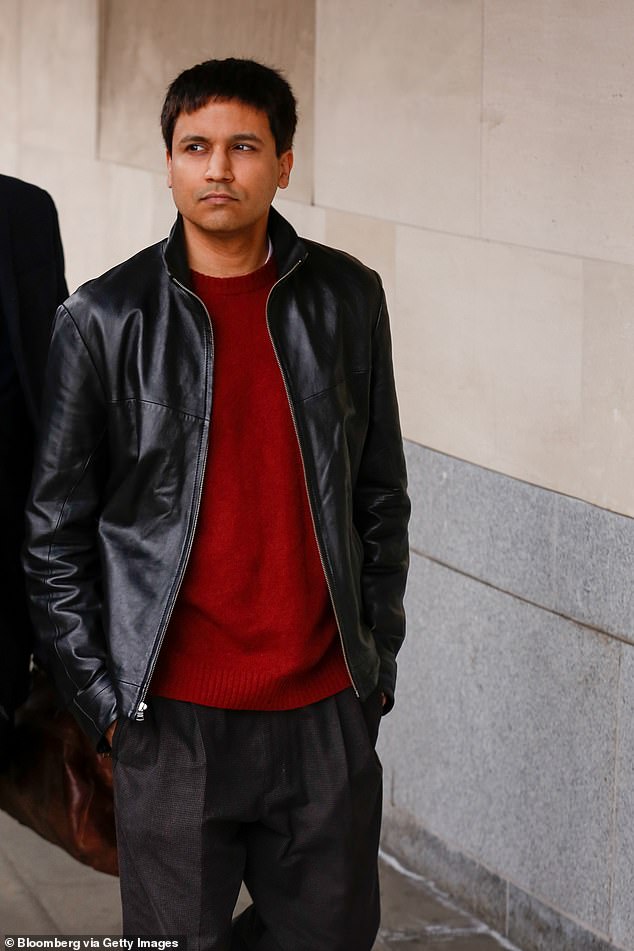 Navinder (pictured) complained to regulators that High Frequency Trading is a form of cheating, but was ignored

Colleagues would ask: ‘What the f*** are you doing? The market is going crazy!’ Sarao would calmly reply: ‘Let it [the decision] breathe.’ Soon he was making $20,000 a day.

Then along came ‘HFT’, or High Frequency Trading. Firms got rich not by spotting trends in the market, but simply by having computers so fast they could see what trades were about to be made, then jump in front of the queue. Sarao was one of those who saw this as cheating. He complained to the regulators.

They ignored him. So he ignored them back, specifically their warnings about his ‘spoofing’. This is the practice of placing an order with no intention of carrying it out.

Say you have futures options you want to sell. Instead of doing that, you first place a big order to buy. Others notice this and jump on the bandwagon, thereby driving up the price. You then cancel your order before it can go through. Get your timings and your quantities right and you’ll make a killing. 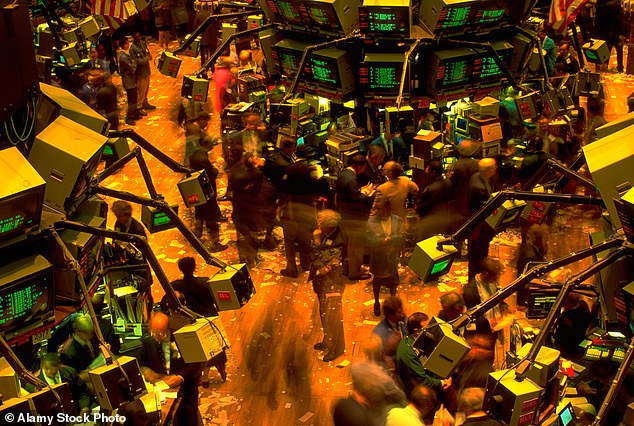 Navinder designed his own algorithms that saw him profit $876,823 in day (file image)

Liam Vaughan’s clear explanations of these procedures are one of the things that make the book so compelling. Another is the way he brings out the moral subtleties. It isn’t a simple story of good versus evil — otherwise why would Sarao, the so-called ‘villain’, call on the regulators to act? You can’t say the baddies are on the same side.

The HFT firms hate the spoofers, because HFT depends on people telling the truth about what they want to do. If a computer jumps to the front of the queue and buys in front of someone who was never going to buy in the first place, it’ll end up on the losing side.

Having been shunned by the regulators, Sarao decided to commission software of his own — if you can’t beat ’em, join ’em. He designed his algorithms so cleverly that soon he was cleaning up even more than before. Turning his ‘algo’ on for just one minute, he made $55,000. His profit one day was $876,823 — seven times the daily salary of his hero, Barcelona footballer Lionel Messi. 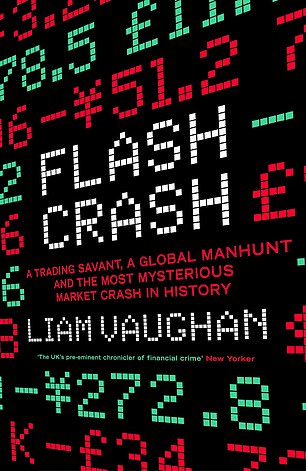 But on Thursday, May 6, 2010, a perfect storm meant the computers went crazy. They offloaded futures contracts to each other at ever-decreasing prices, in what investigators called the ‘hot potato’ effect.

The fall was so steep that trading was suspended for five seconds, a lifetime in this world. Prices returned to previous levels within 20 minutes, but many of the people who bought or sold in that period lost fortunes.

It’s debatable how much Sarao’s algorithms were to blame: as Vaughan says, ‘determining what caused a market crash is a bit like saying what caused World War I’. But after years of investigation, the authorities in the U.S. had enough evidence to prosecute. Sarao managed to wear a suit to his extradition hearing, but the jacket and trousers were different shades.

Agreeing to help the Americans to catch other criminals in return for lenience, Sarao wasn’t sentenced until January this year.

And it’s here that the story reaches its final, you-couldn’t-make-it-up irony. One that even Vaughan, who tells the story beautifully, couldn’t have envisaged, despite finishing the book only weeks ago.

The U.S. judge agreed to spare Sarao time in an American jail . . . on condition he is incarcerated at his parents’ house for a year. He has been ordered, in other words, to stay at home.