The girlfriend of a Hawthorn woman stabbed to death during a man’s murderous crime spree last month desperately tried to save her dying partner, throwing herself in front of the killer’s knife in an attempt to stop the bloodshed.

Sally-Anne Wills, 30, and Ashlee Gunstone, 31, had just arrived home to their Coppin Grove apartment when they were ambushed on March 11. 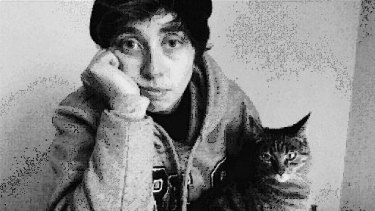 Sally-Anne Wills, known to her family as Sals, was killed on March 11.Credit: Supplied

Mohammed Ibrahim, 36, was an hour into his deadly rampage when he confronted the couple just after 11pm as they sat in their car, asking the pair for sex before stabbing Ms Wills in the chest and neck.

On Friday, the Coroner’s Court of Victoria heard that during the unprovoked attack Ms Gunstone threw herself over her injured partner in an attempt to save her life, sustaining critical injuries as a result.

Counsel assisting the coroner Lindsay Spence said Ms Gunstone then leant on the car horn and screamed for help before the attacker fled. Despite her best efforts, Ms Wills died at the scene.

Mr Spence said CCTV showed that after the attack at Hawthorn, Ibrahim fled up Shakespeare Grove to a 7-Eleven store on the corner of Pine and Church streets.

“At 11.44pm he entered the store and purchased a Red Bull and bottle of water. He appears calm and does not have any visible blood on him,” Mr Spence said.

Fifteen minutes later, Ibrahim came across his next victim, Christopher Polden, 59, who he began to follow as he walked along High Street, Kew.

“Ibrahim has approached Polden from behind and engaged in a short conversation. Without warning Ibrahim has stabbed Polden to the abdomen with a large knife he had concealed in his left hand,” Mr Spence said.

Despite being critically injured, Mr Polden phoned triple zero at 12.08am, telling dispatchers his attacker was dressed in a pink shirt. He died on his way to hospital.

Officers from the elite Critical Incident Response Team confronted Ibrahim soon after in a dead-end alleyway off Walton Street where he was shot dead following a brief standoff, about 12.30am. 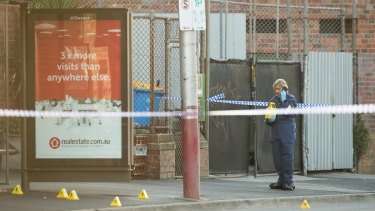 Police at a tram stop in Kew, near where Christopher Polden was stabbed to death.Credit:Jason South

The coroner heard that Ibrahim, from Roxburgh Park, had begun his crime spree more than two hours earlier when he used a wooden-handled knife to slice the jaw of patrolling Protective Services officer Josh Davies after stopping to ask for directions at Jolimont train station.

Mr Spence said a search of Ibrahim’s Roxburgh Park home later uncovered packaging and receipts for knives that had been purchased at Bunnings, House and Big W.

A background search found that throughout 2017 and 2018, Ibrahim repeatedly attended police stations to report Islamic State had paid people from Mildura to assassinate him.

“In the absence of Ibrahim’s consent for a referral to a mental health provider, Victoria Police had no power at that point in time to compel Ibrahim to undertake a mental health assessment,” Mr Spence said.

“There are no confirmed terrorist links to Ibrahim.”

Mr Polden's bravery sparked praise from Chief Commissioner Graham Ashton after it was revealed the injured man staggered to a tram stop and dialled triple zero for help.

"He made the call because obviously he is worried about the community more than himself. He is worried about what else this guy is going to do," Mr Ashton said at the time. "I think it's a tremendously brave act." 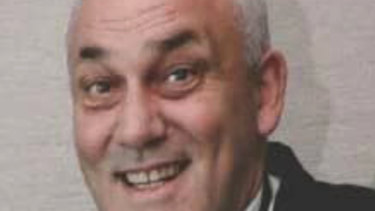 During the 25-minute hearing, Ms Gunstone and family members of Ms Wills and Ibrahim listened in to proceedings, which were streamed online due to COVID-19 measures.

In a statement after the hearing, Ms Wills' family described the attack as an “atrocious, senseless act that is beyond comprehension”.

“Our Sals was kind, empathetic and so generous,” they said. We are missing Sals in the garden, her never-ending DIY projects, her bursting into song mid-sentence and the joy she brought to all of our lives.

“Sals' passing has left an enormous, heart wrenching hole in our lives.”

The matter will return to the coroners court later this year.