Home » Lifestyle » Good news for new Fab Four: Kate and Sophie ‘delighted to be in one another’s company’

Good news for new Fab Four: Kate and Sophie ‘delighted to be in one another’s company’

It’s been claimed a new “Fab Four” could be on the horizon after Meghan and Harry left for the US. Kate Middleton is thought to be pairing up with Sophie Countess of Wessex in the future.

Initially the term applied to The Duke and Duchess of Cambridge and Meghan and Harry, as it was thought the two couples would pair up for royal projects.

However, since Harry and Meghan’s decision to leave the Royal Family for life in LA, fans are looking to another royal to fill the gap.

Many believe Sophie, Countess of Wessex, 55, has been primed to fill the spot with her husband Prince Edward.

Prince Edward is the Queen’s youngest son, while Sophie is said to be one of her favourite daughters in law.

For International Nurses Day Kate joined forces with Sophie, Countess of Wessex to speak to nurses. 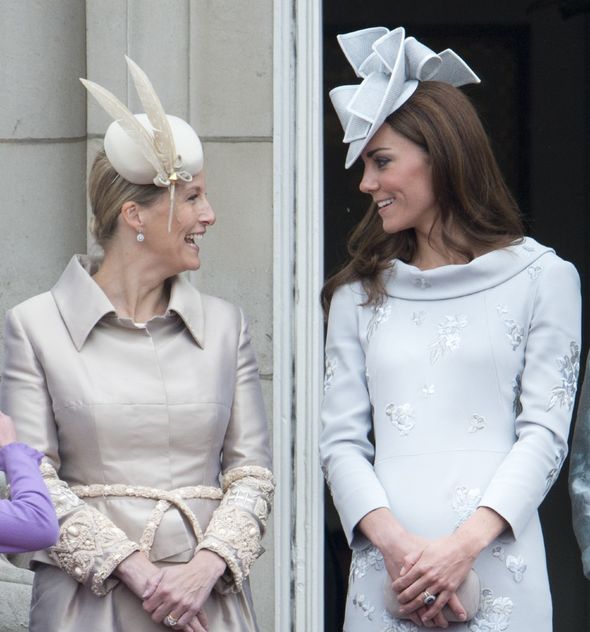 Fans urged to Royal Family to pair the women up more often.

One said: “We need so much more of Kate and Sophie together.”

A source told the Mirror: “There is going to be a lot more interaction between the family members while the crisis is ongoing.

Now it has been revealed that any future for this new “Fab Four” could be bright, as it is claimed Kate and Sophie get along well together.

A body language has analysed the women together, and their friendly relationship.

Judi James told Express.co.uk: “They do look delighted to be in one another’s company when their paths do cross in the line of duty.”

However, she believes it is unlikely the pair spend time together outside of royal duties.

Judi said: “There’s nothing in these poses to suggest Kate and Sophie share much off-duty time together.” 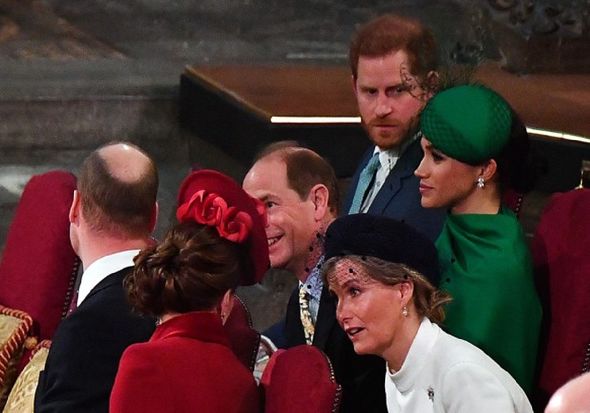 The body language expert claims Sophie may be a maternal influence on Kate.

She said: “Although we normally only seem to see these two royal wives together at more formal events, the body language signals between them show high levels of mirroring and focus on one another that hint that Sophie might have dropped gently and discreetly into place as the royal mother-in-law that Kate never had.

“There are signs of mutual respect between the two women: Kate for Sophie’s unique role in the previous generation of the royal firm and Sophie for Kate’s rank as future queen.”

It seems Sophie Countess of Wessex was inspired by Kate recently in her choice of dress.

She wore a green dress for the video, and her blonde hair swept back in a ponytail.

Sophie’s dress is from a luxury brand, Suzannah. The style is the Stormy Hearts Midi-Length Tea Dress, and cost £859.

It is similar in style to a dress worn by Kate Middleton in another video call.

The Duchess of Cambridge wore a £1.7k blue dress with a white and black pattern.

The gown is by French designer Joseph Altuzarra.