Great Britain lived to fight another day in defence of their long-standing Olympic men’s team pursuit crown after a bizarre qualifying session at the Tokyo Games, but were given every indication their time will soon be up.

While Laura Kenny and the women’s squad comfortably advanced in defending their own title – albeit losing their world record to Germany in the process – Ed Clancy, Ethan Hayter, Ethan Vernon and Ollie Wood only secured a top-four place after Australia failed with a second run at the Izu velodrome.

Their time of three minutes 47.507 seconds was almost three seconds faster than any British team – Olympic champions in this event since 2008 – had gone before, but in a session which saw three of the fastest times ever recorded in qualifying, it was only just enough.

Fourth place earned a match-up with reigning world champions Denmark, who came close to breaking their own world record with a time of 3:45.014, almost nine tenths faster than Italy and a second up on New Zealand, and Britain will start firmly as second favourites.

They faced a nervous wait, with Australia getting a second run after Alex Porter’s handlebars crumbled beneath him in a frightening high-speed crash which might have been much worse had he not been behind his team-mates at the time. 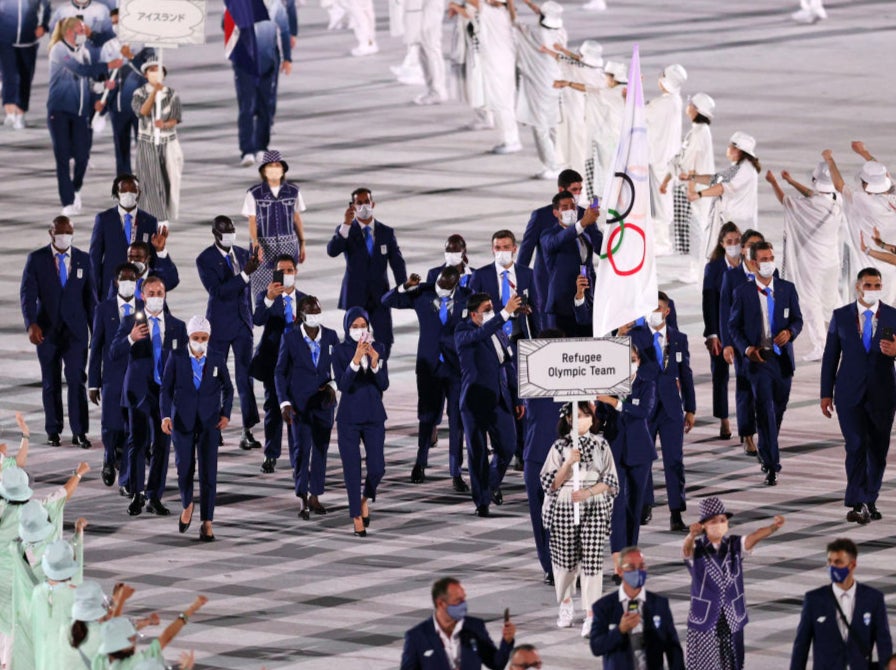 Porter and his team-mates would go again, but could not match the pace they had been setting prior to the crash and finished fifth.

Britain had never previously gone sub 3:50 in this event, finishing six seconds off the pace at last year’s world championships. The work done in the past 16 months paid off with a big step forward, but Clancy was still disappointed.

“Three forty-seven is alright but we have done that in training,” he said. “We weren’t in the place we were hoping to be there.

“We were fully prepared for four or five teams to break the world record. If anything, I’m surprised more teams weren’t going quicker including ourselves, so perhaps conditions weren’t what we were expecting.”

There was a surprise too for the women’s squad as Germany took almost three seconds out of the world record that had stood since Kenny, Elinor Barker Katie Archibald and Joanna Rowsell Shand set it to win gold in Rio five years ago.

Prior to Monday, Britain’s women had set a world record in every round of both Olympic team pursuits to have been contested. Kenny predicted before the Games the record would be broken “three of four times” here, but Barker admitted they did not expect Germany to be the ones doing it.

“We fully expected it to be the Australians or the Americans so for it to happen when we weren’t looking meant we didn’t need to worry too much because the worst had happened,” she said.

Kenny, Barker, Archibald and Josie Knight were second fastest with a time of 4:09.022 – having been more than a second up on the German pace at one point before fading away.

That sets up a first-round contest with world champions the United States, who will have been heartened to see Chloe Dygert – victim of a horror crash at last year’s road world championships – looking more like her old self with some monster pulls.

Though Dygert looked in pain in last week’s time trial here, she helped the US set a time of 4:10.118 – also faster than that Rio world record – to show they will be no pushovers on Tuesday. 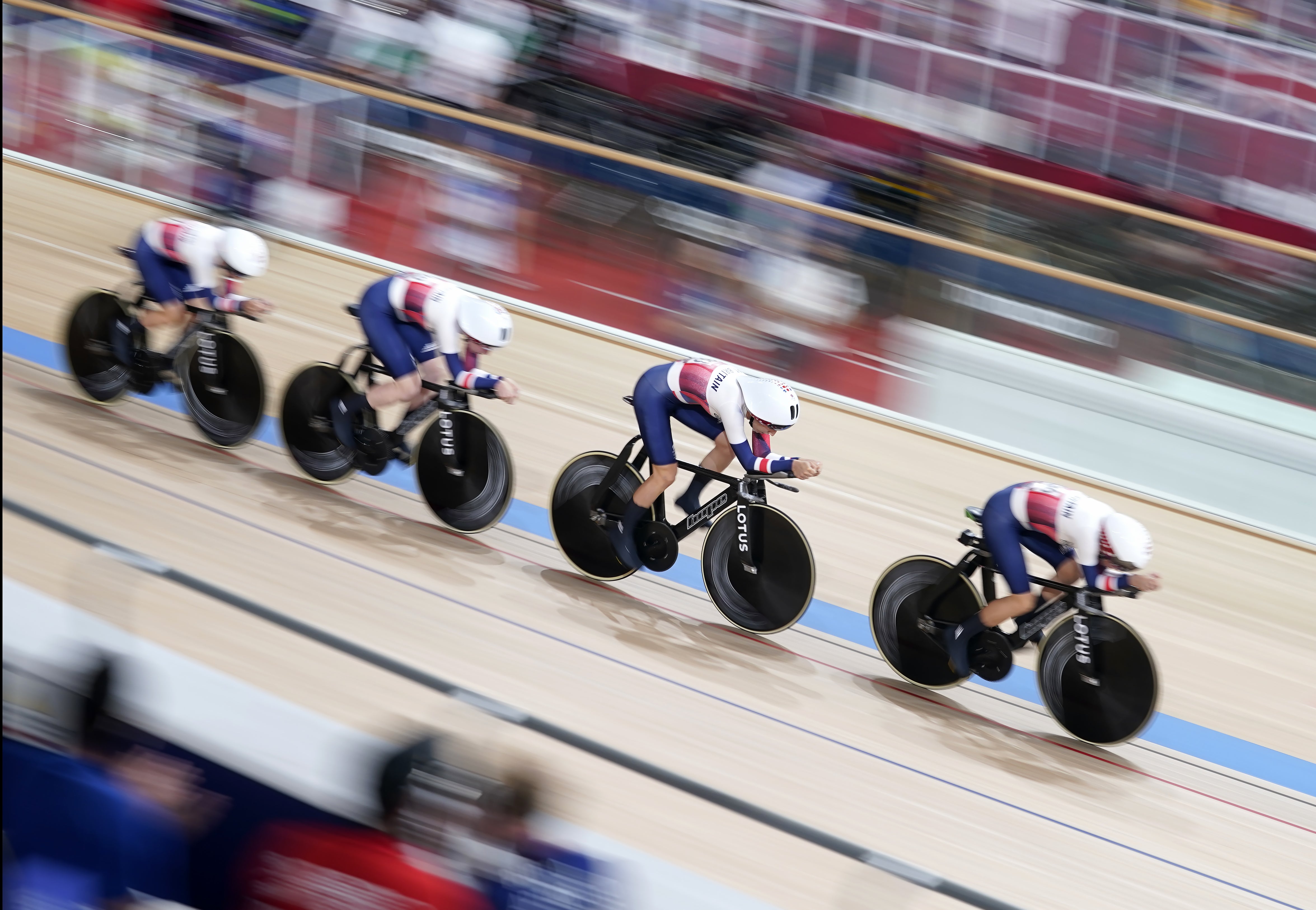 “We can be really, really happy,” Barker added. “It’s important to remember the time we did in Rio was with two teams on the track, which is worth seconds, so to go that quickly with one team shows how much we’ve gained.

“I think we were about a second faster so to be able to do that on our own is quite a big step.

“It’s just unfortunate that Germany were so much faster but I think we can be happy with that.”

Aside from some blistering times, the session will be remembered for Porter’s scary crash, which came around 1.5 kilometres into Australia’s 4km run. 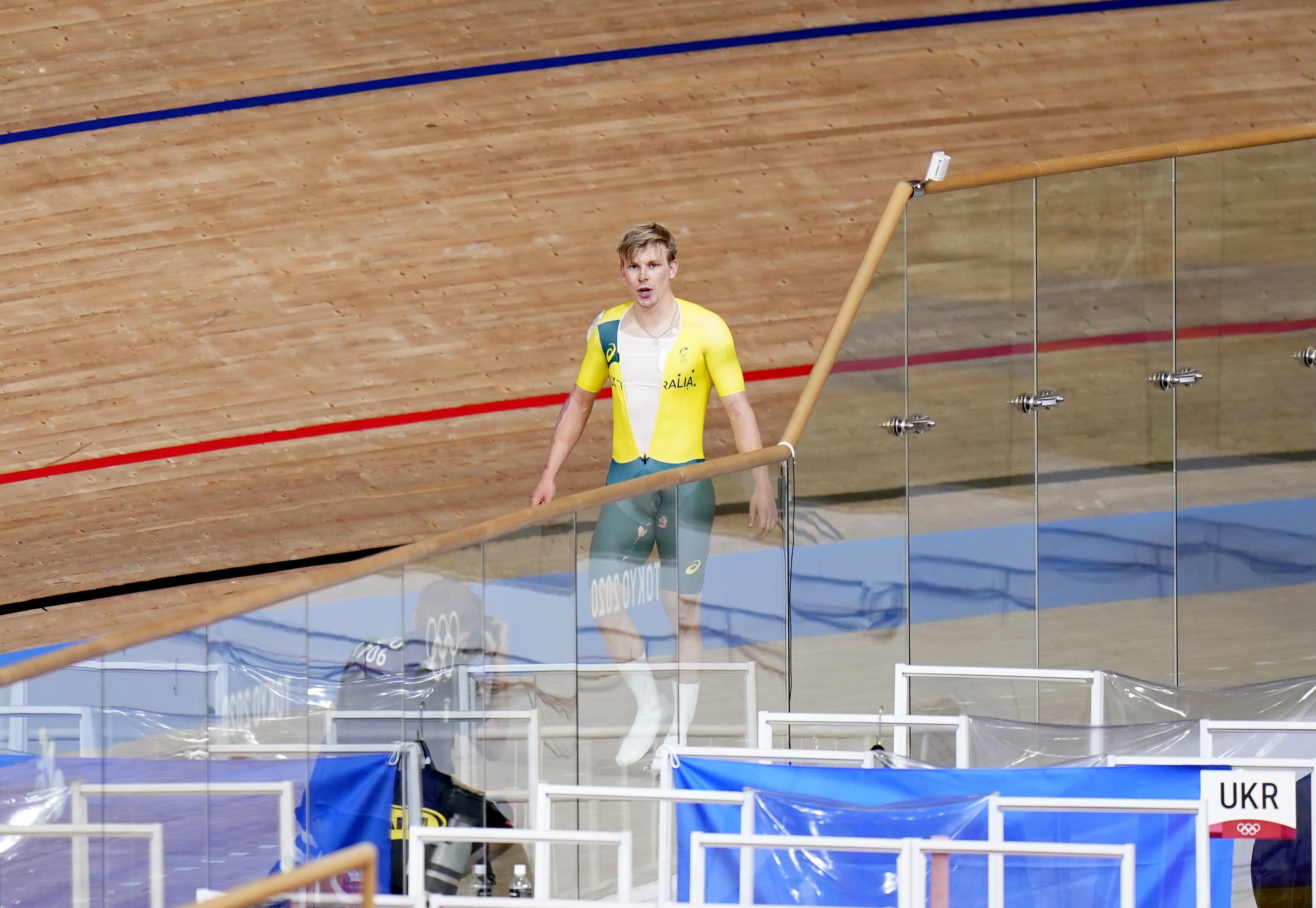 Pictures showed the stem of the bike split in half, a catastrophic failure which will raise questions over Australia’s kit, with every nation pushing the envelope on innovation.