Hack reveals how oven trays can be left sparkling without scrubbing

A British woman has amazed social media by revealing a simple cleaning hack to leave oven shelves sparkling without the elbow grease. 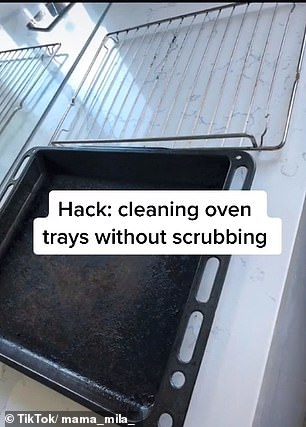 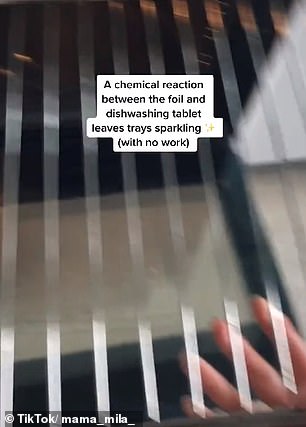 TikTok user @Mama_mila_, believed to be from the UK, amazed social media users by revealing her hack for transforming dirty oven shelves without scrubbing (left, before; right, after)

The woman posted her top tip in a video clip on TikTok with the caption: ‘Love these hacks.’

She went on to hashtag the post with #SpringCleaning and #TipsAndTricks.’

She said that a ‘chemical reaction between the foil and the dishwashing tablet’ would leave the trays sparkling, with barely any work necessary.

The advice joins a stream of tips she has offered for cleaning and crafting with children. 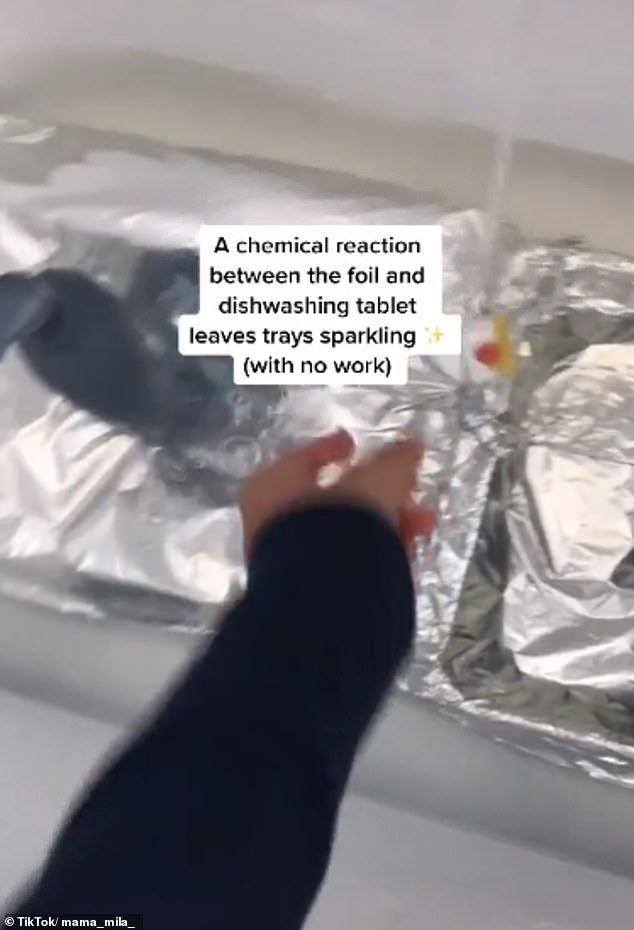 The TikTok user explained the hack works because the foil and dishwasher tablets trigger a chemical reaction. Pictured: The wrapped shelf during

Responding to one of over 100 comments on her oven hack, she said laundry powder could be used an alternative to dishwasher tablets.

2. Fill the bath with hot water

3. Place a dishwasher tablet, along with your shelves, in the tub

4. After two hours, your shelves will be spotless

The hack quickly wracked up thousands of views, with over 15,000 users liking the incredible tip.

One impressed viewer commented: ‘Woah, trying this for sure!’

Another appeared a little more skeptical, saying: ‘So you just put the dishwashing tablet on top of the foil?? Seems too easy.’

Another added: ‘This is how I have been doing my trays for years, works every time. Give it a try.’ 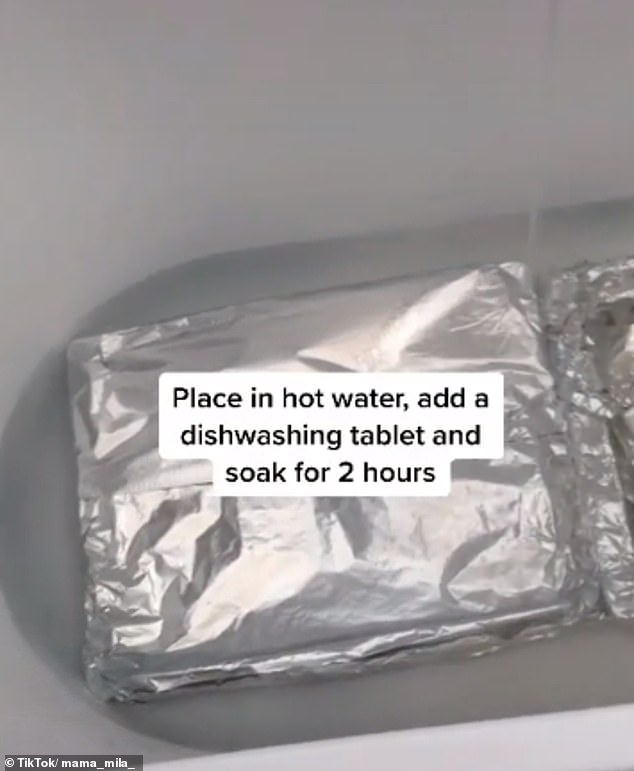 The woman advised soaking the shelves for two hours to achieve sparkling results. Pictured: The shelf during

The viral clip comes days after TikTok viewers were left stunned by a nurse ‘stripping’ her clothing of dirt.

Lauren Elms shared several walk-throughs on the app, first stripping her workout clothes on April 22 and then doing her towels on April 24.

The video of her stripping her towels was viewed 6 million times.

First, she fill sup a tub with water. According to Little Things, the water should be very hot — and can also simply fill up a large container.

A stream of social media users were left gushing over the hack, with many saying they were keen to try it out for themselves at home

She then adds her laundry to the tub, and advises to ‘stir those suckers up.’

Lauren says to continue stirring every couple of hours, but shows that just ten minutes in, the water is already dirty.

After seven hours, the water is positively filthy, a dark brown color. 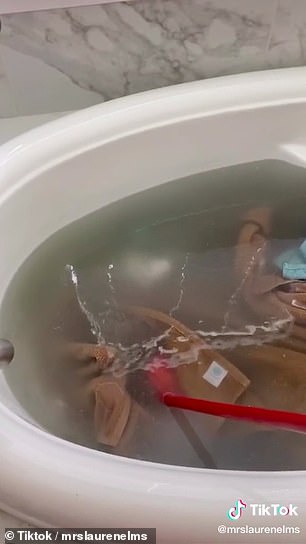 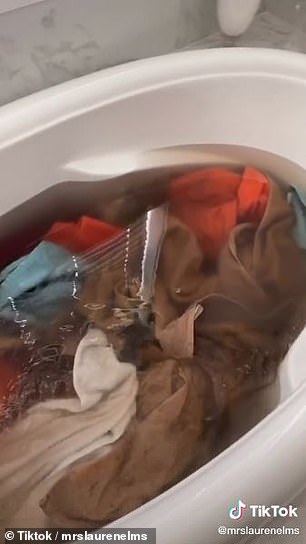