That’s a wrap. Season 17 of Grey’s Anatomy was anything but uneventful, and when it comes to Meredith Grey’s dramatic story line, things could have ended pretty differently.

Grey’s Anatomy’s Exits: Who Quit? Who Was Fired? Who Is Down to Come Back?

The ABC show’s season finale aired on Thursday, June 3, closing out a whirlwind journey as Meredith (Ellen Pompeo) healed from her lengthy coronavirus battle. In the last moments of the episode, Meredith walks out of a successful transplant surgery and declares in a voiceover, “I’m still alive.”

Executive producer Meg Marinis, who cowrote the final episode, revealed that the ending fans watched wasn’t the original one the team had in mind. 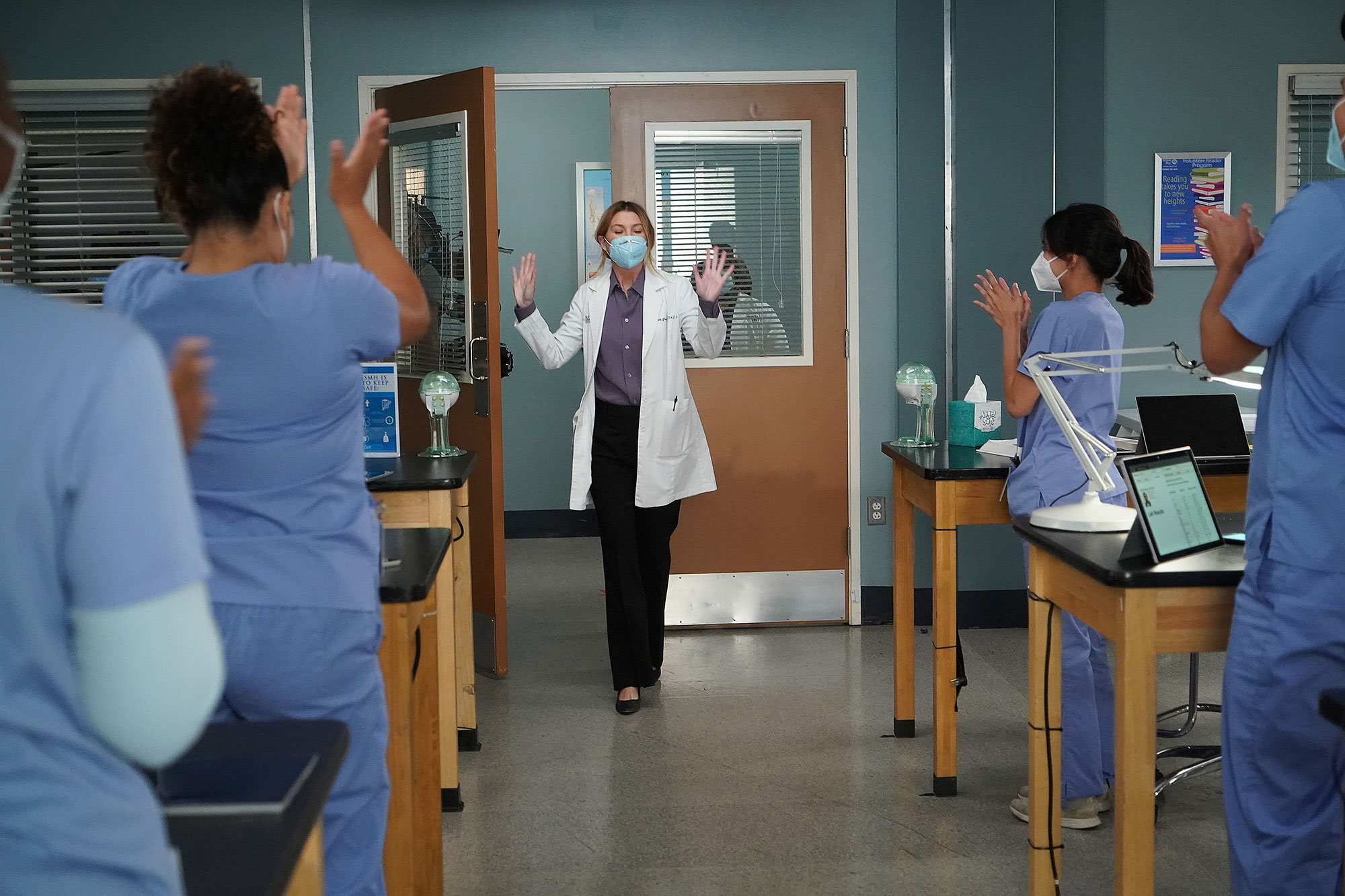 “We initially wrote Meredith’s clap-out to be when she was discharged from the hospital, in Episode 1715,” Marinis told Deadline in an interview published Thursday night. “But we quickly realized that moment seemed like the end of the season, so we came up with the brilliant idea of Meredith escaping her own clap-out, which felt very Meredith Grey to us.”

Earlier on in the season, Meredith didn’t receive the traditional round of applause for cured patients after her months-long battle with COVID-19 was over. Instead, she was given the standing-O after she and Teddy (Kim Raver) performed a double lung transplant surgery.

“So many people had struggled with Covid, and she didn’t want to feel any different than anyone else,” Marinis described of the emotional moment. “So we decided to clap Meredith out of the OR instead, which felt like the ultimate victory to her journey this season.”

Meredith’s final scene wrapped the season on a positive note. “That shot of Meredith, in the OR Corridor, surrounded by her people, laughing and smiling in her scrub cap … it gives me all the feels,” the producer said. “It gives me hope after such a hard year.”

TV Stars Who Left Shows and Came Back

While it may have seemed to many longtime viewers that season 17 could be the medical drama’s last, the network renewed it for an 18th season in May. Pompeo, 51, previously teased that there’s “no end in sight” for the Grey’s team.

“I gotta keep doing it, man, because we’re touching lives and making a difference,” she said during a 2018 appearance on The Ellen DeGeneres Show. 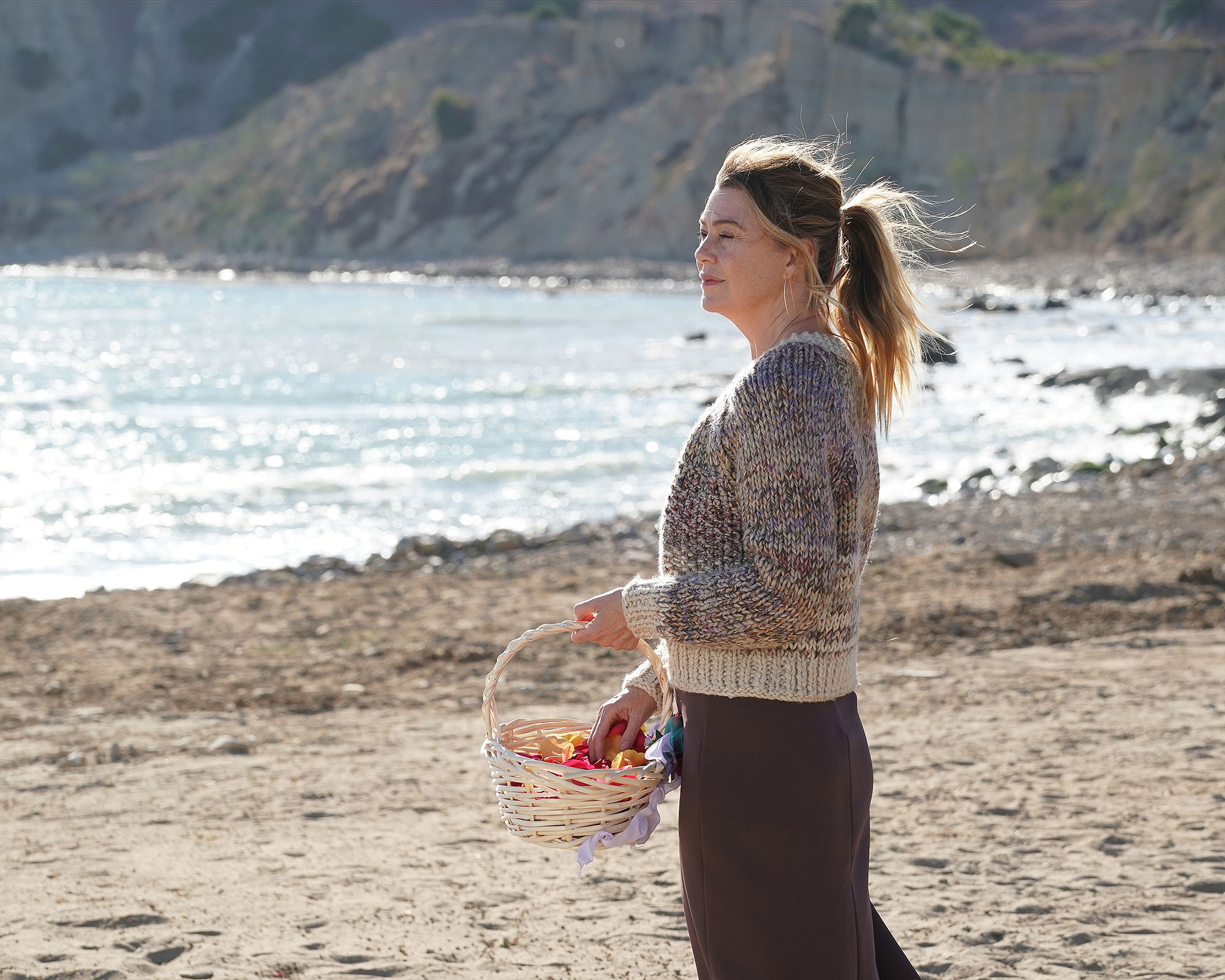 Pompeo is ready to tell more of her character’s story, but there’s one doctor fans won’t be seeing again next season. Jesse Williams, who played Jackson Avery for 12 seasons, announced his departure from the show last month.

“My last day there, the crew and cast give me this incredibly thoughtful, moving custom box full of letters and memorabilia from each and every member of the family. … Heartfelt letters and photos,” he told Entertainment Weekly of his emotional exit. “I’ve got my original lab coat, stethoscope, and ID card, scrub tops and all these mementoes. It was really sweet. I’m looking at it right now, it’s sitting on my countertop. It’s really, really sweet personal stuff, anecdotes. It was really something. I’m incredibly grateful.”