LONG-TERM crock Harvey Elliott insists Pascal Struijk was wrongly sent off for the fateful tackle – and revealed he watched the rest of Liverpool's 3-0 win at Leeds from his phone in an ambulance.

Reds' whizkid Elliott faces six months out with a dislocated ankle but believes home defender Struijk is blameless as an innocuous-looking challenged produced a "freak accident". 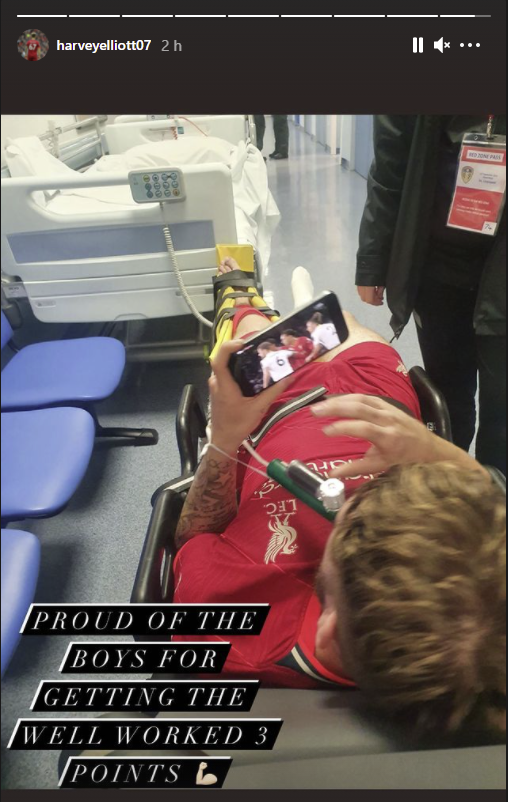 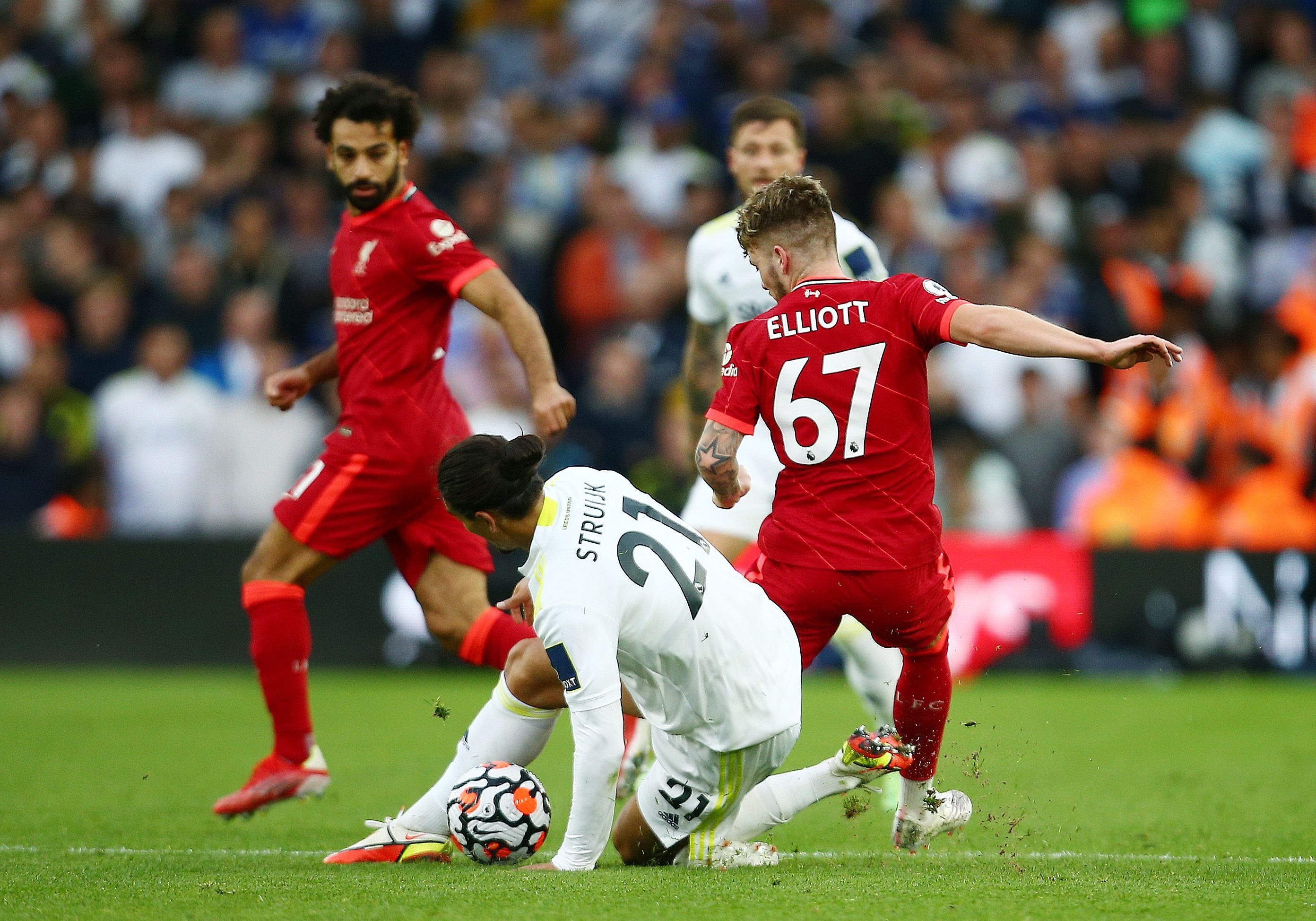 Referee Craig Pawson did not even deem the challenge a foul but gave sub Struijk a red card off after VAR intervened.

Midfielder Elliott, 18, posted on Instagram: “(It) wasn’t his fault whatsoever!

"Neither was it a red card just a freak accident but these things happen in football."

And although he is likely to miss most of what seemed to be his breakthrough season, the former Blackburn loanee promised: “I’ll be back stronger 100 per cent. Thanks for all the support.”

Elliott put up a photo of himself laying in an ambulance with his phone propped in his lap as he watched the closing stages of the match.

Liverpool were 2-0 up through Mo Salah's 100th Premier League goal and Fabinho's close-range strike when Elliott tumbled horribly early in the second half.

Salah immediately waved on medics as he saw Elliott's twisted ankle and the teenager's agony.

Struijk was eventually dismissed for what to the naked eye looked a routine tackle as he turned on the halfway line. 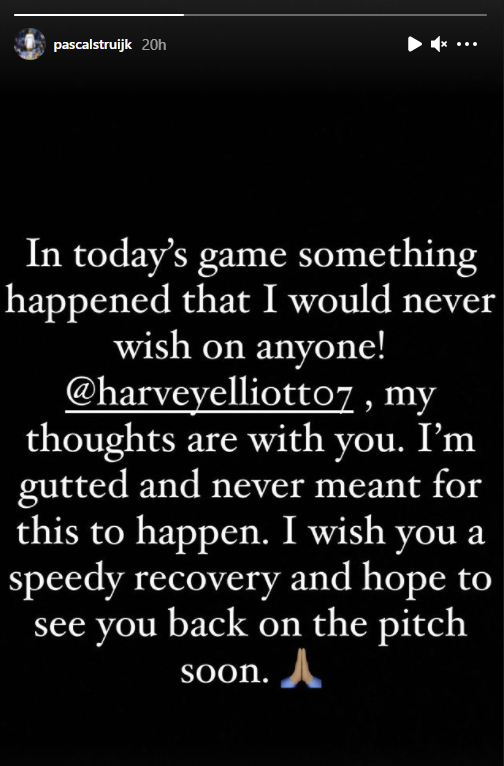 The Dutchman, 22, later went on social media to say: "In today's game something happened that I would never wish on anyone.

"@harveyelliott07, my thoughts are with you, I'm gutted and never meant this to happen.

"I wish you a speedy recovery and hope to see you back on the pitch soon."

Before posting his belief that Struijk was innocent, Elliott wrote to reveal he had been "overwhelmed" by "love and support" from the "entire football world".

He added: "I’m of course absolutely devastated with what happened yesterday at Leeds…

“Thank you so much to everyone who has reached out or sent messages to me and my family, it means so much to us.

"Also a massive thanks to everyone inside Elland Road for the reception you gave me immediately after it happened.

“I am now fully focused on my recovery and will give everything in my rehabilitation to be back out there as soon as I can.

"I know I have an incredible support network behind me at Liverpool and together we will get through this.

“To all of the Liverpool fans, your support means the world to me. I’m one of you and I can’t wait to be back faster, fitter and stronger to help the team in the future. You’ll Never Walk Alone!”