Heather Thomson claims she was ‘assaulted’ by ‘RHONY’ cast during filming

Heather Thomson is blaming Leah McSweeney for her short-lived stint on Season 13 of “The Real Housewives of New York.”

“I didn’t even get a chance to breathe, really,” the reality star told “Entertainment Tonight” on Tuesday, in reference to McSweeney. “Nobody else made me feel that way.”

Thomson, who was a full-time cast member in Seasons 5 to 7, said she was supposed to appear throughout all of Season 13 in a “friend of the Housewives” role, but pulled out after a few episodes because of all the drama caused by the Married to the Mob founder.

She previously claimed she felt “assaulted” over comments she made in podcast interviews.

“I keep getting kind of railroaded by one of the new girls on the show who just has her own agenda,” Thomson added of McSweeney, 38, in her interview with “ET.”

The former fashion designer, 51, also speculated that McSweeney gave her a hard time because she had preconceived notions about her as a former “fan” of “RHONY.”

“She basically formed an opinion by her fandom of the show,” Thomson said. “… Leah was a fan of the show watching the show through my edited character; that’s what I think it was. I was bound and hung by her because of how she interpreted my character on the show years ago.”

In March, McSweeney did not call out Thomson by name on social media but evidently blasted her after filming. 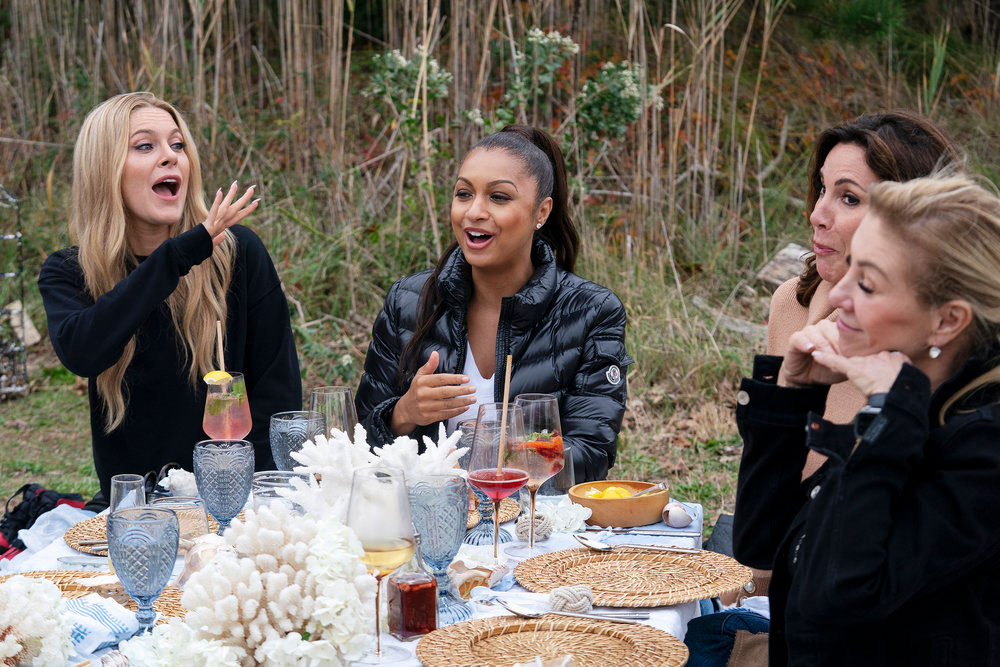 The feud apparently was sparked by comments Thomson made on her podcast, in which she alleged that her former co-star, Luann de Lesseps, used drugs while on a cast trip to St. Barts.

She added, “So, truth be told, the podcast was Carole [Radziwill] and I reminiscing. I hope everybody listens about our experiences, seven years ago.”