Prince Harry and Meghan Markle are ‘highly unlikely’ to join the royals at Balmoral this summer despite an invitation from the Queen – as sources ‘question when or if she will see Archie’ again, royal expert claims

Prince Harry and Meghan Markle are ‘unlikely to join the royals at Balmoral this summer despite an invitation from the Queen,  according to a royal expert.

Her Majesty, 94, had been self-isolating in Windsor Castle since March, but is set to travel to Scotland alongside Prince Philip, 99, next month.

But while Prince Charles, 71, along with Prince William, 38, and Kate Middleton, 38, and Prince George, seven, Princess Charlotte, five, Prince Louis, two, are to join the royal couple for the family holiday, it is believed the Duke, 35, and Duchess of Sussex, 38, won’t attend.

Writing in The Telegraph, Camilla Tominey explained it was ‘highly unlikely’ they would journey from Los Angeles to Scotland, writing: ‘Some are beginning to question when – or indeed if – the Queen and Prince Philip will see Archie, their youngest great-grandchild, again.’ 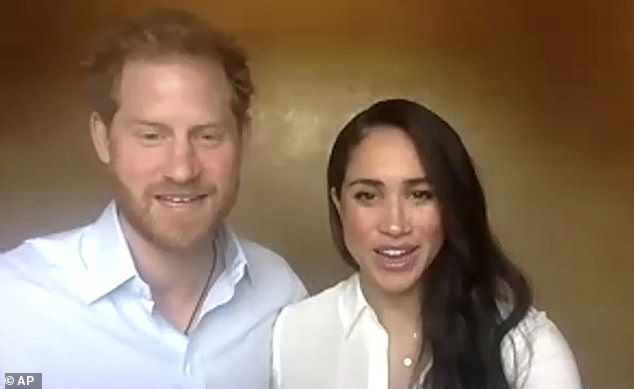 Royal editor Camilla Tominey has revealed it is ‘highly unlikely’ that Prince Harry, 35, and Meghan Markle, 38, will join the other members of the royal family in Balmoral this year

While Prince Harry and Meghan won’t be attending the annual get-together, Camilla detailed how the Cambridges are hoping to travel to the Scottish highlands for a weekend next month.

The family will then return to London to resume ‘something resembling a pre-coronavirus royal diary’ of engagements in September.

Last September the Queen was said to have been ‘disappointed’ when the Sussexes turned down her invitation to Balmoral.

At the time sources close to the couple insisted that the decision should not be seen as a ‘snub’. 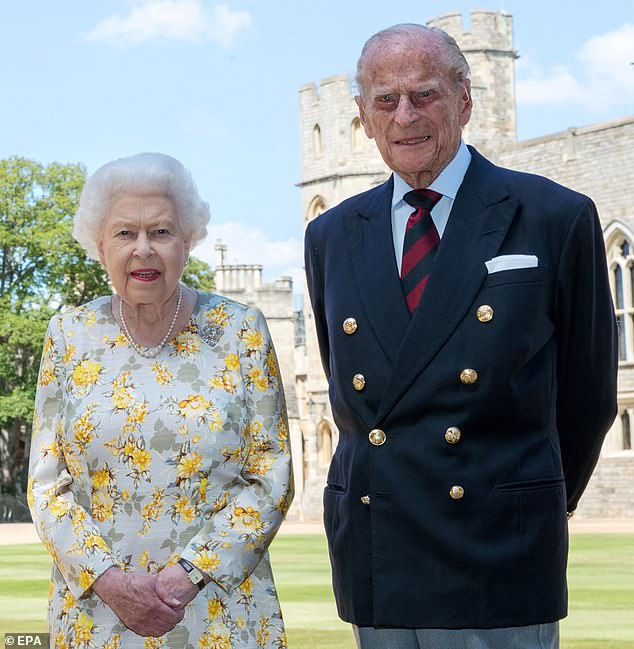 The Queen and the Duke of Edinburgh will travel to Scotland in early-August for their annual summer holiday, Buckingham Palace has confirmed

The family were ‘too busy’ – and four-month-old Archie ‘too young’ – to make the trip, according to their spokeswoman, a decision viewed by some as puzzling.

Despite their decision, the couple had taken Archie on holiday to Ibiza and to Sir Elton John’s villa in the south of France earlier in the summer.

At the time, The Mail on Sunday understood the Queen was ‘hurt and disappointed’ because she likes to bring her friends and family together for the annual Highland holiday, which is her favourite time of the year.

Amid the coronavirus pandemic, reports have suggested the Queen and Prince Philip were keen to get away for their annual holiday, but would remain socially-distanced from family – who will stay in separate buildings so the royal couple could stay safe. 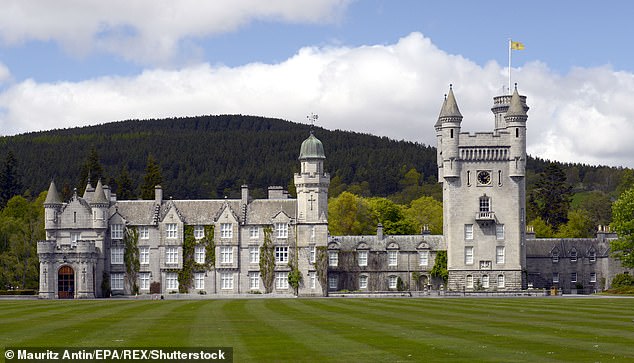 The royal couple will leave Windsor Castle, where they have been isolating for the last four months, and travel to Balmoral early next month

Although other members of her family will join them for the traditional summer get-together this time they will not be able to get close to the monarch.

When they get to the 50,000-acre estate in Aberdeenshire she will not host them in the castle, instead staying in other properties on the grounds.

They will be able to meet her for outside activities instead including walks, horse riding and picnics.

A source said a ‘Balmoral bubble’ of staff numbering some will join the Queen and Philip. 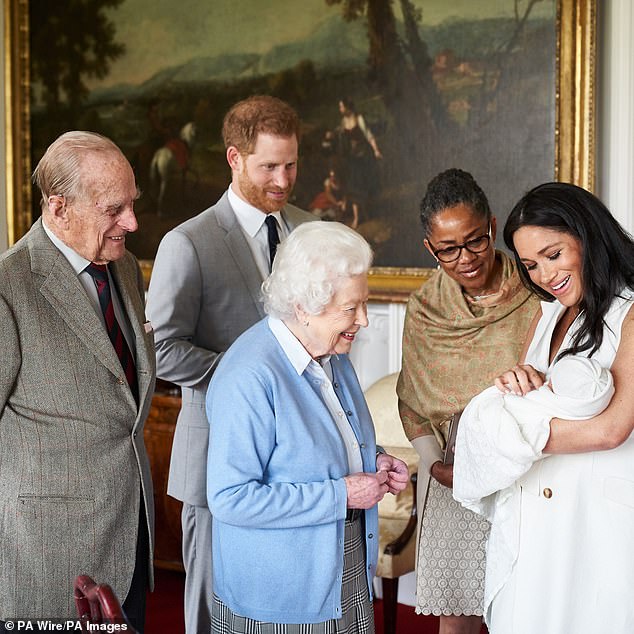 The royal expert explained that sources have questioned ‘when – or indeed if – the Queen and Prince Philip will see Archie again.’ (pictured, The Queen, Prince Philip, Prince Harry, Meghan Markle and Doria Ragland with Archie two days after his birth) 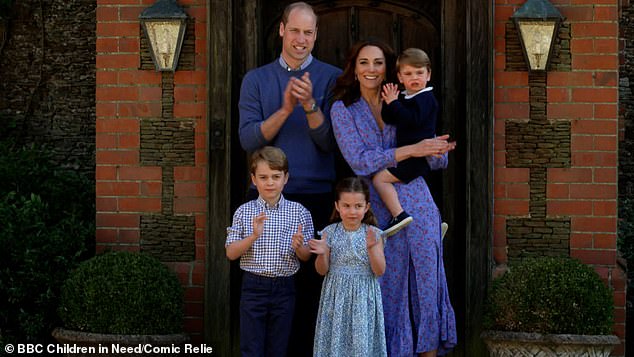 Vanity Fair’s Katie Nicholl previously revealed the Cambridges would travel to Scotland next month for a family holiday (pictured, the Duke and Duchess with Prince George, Princess Charlotte and Prince Louis)

They include Vice-Admiral Tony Johnstone-Burt, master of the household; Sir Edward Young, the Queen’s private secretary, and Paul Whybrew and William Henderson, her pages.

The Queen has spent a 12-week break at Balmoral for each of the past 68 years of her reign. 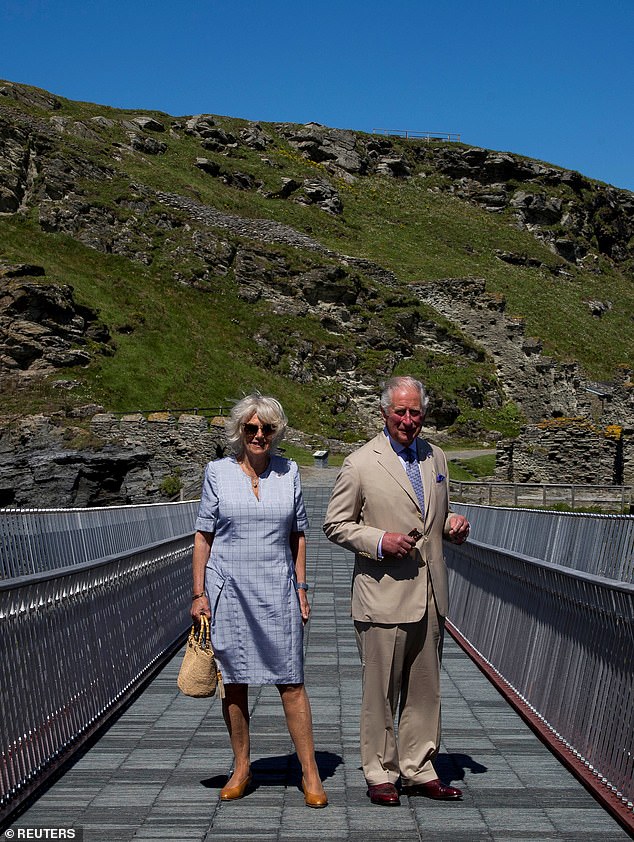 Prince Charles and Camilla are also ‘looking forward’ to joining the family for a holiday in Scotland next month, according to the royal expert

Since the coronavirus crisis started, Her Majesty and the Duke of Edinburgh have been in joint isolation at Windsor Castle since the start of lockdown in March.

Prince Charles and the Duchess of Cornwall recently moved from Birkhall, on the Balmoral estate, to their London home of Clarence House as they lead the royal family in returning to public engagements after lockdown. 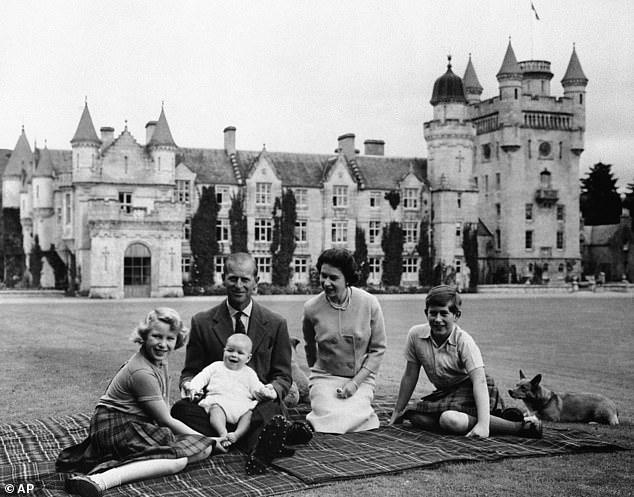 The royals have  holidayed in Balmoral for years (pictured in 1960, with the Queen, Prince Philip and their children, Prince Charles, right, Princess Anne and Prince Andrew, seen here)