The two international heavyweights face off in the semi-final at 7pm on Tuesday. 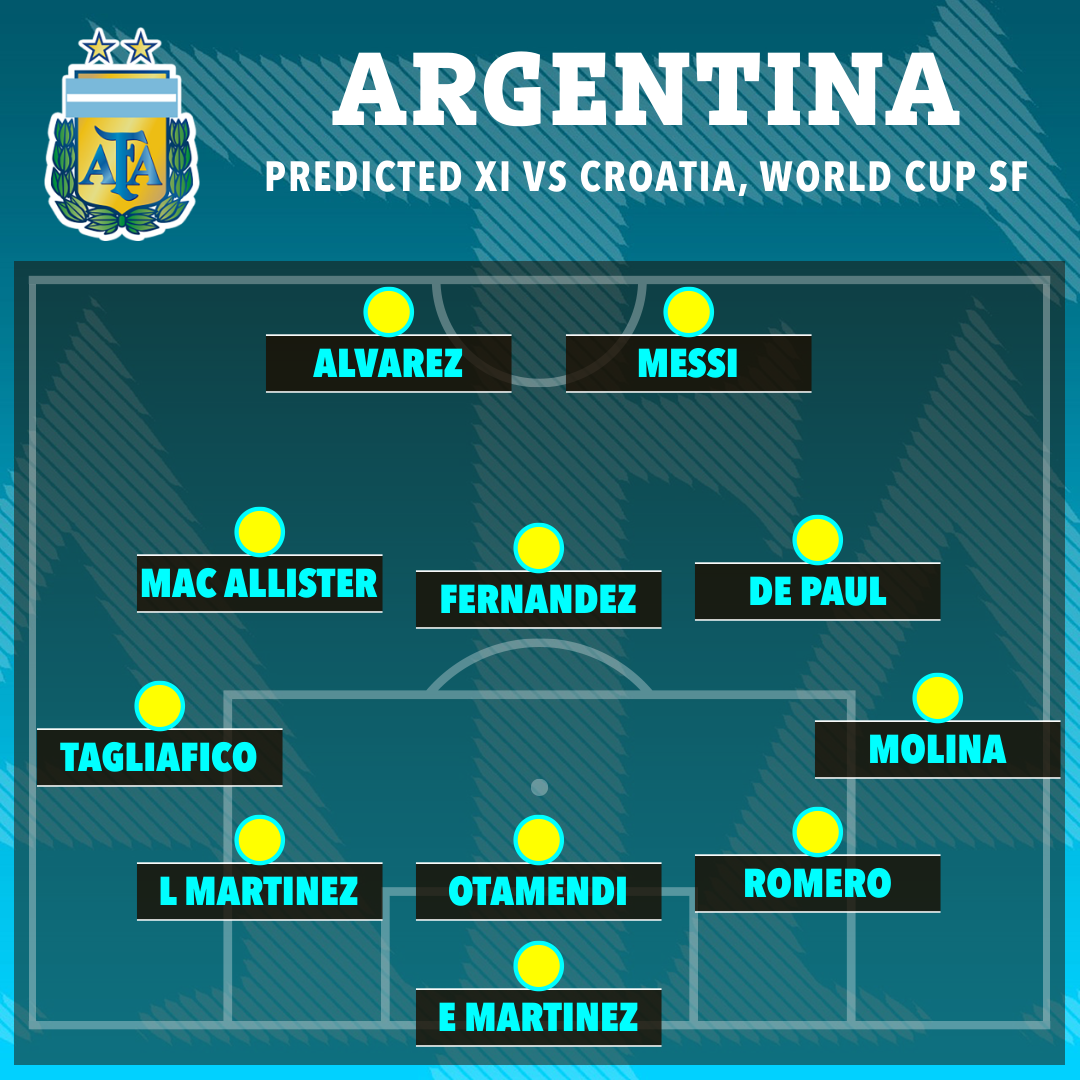 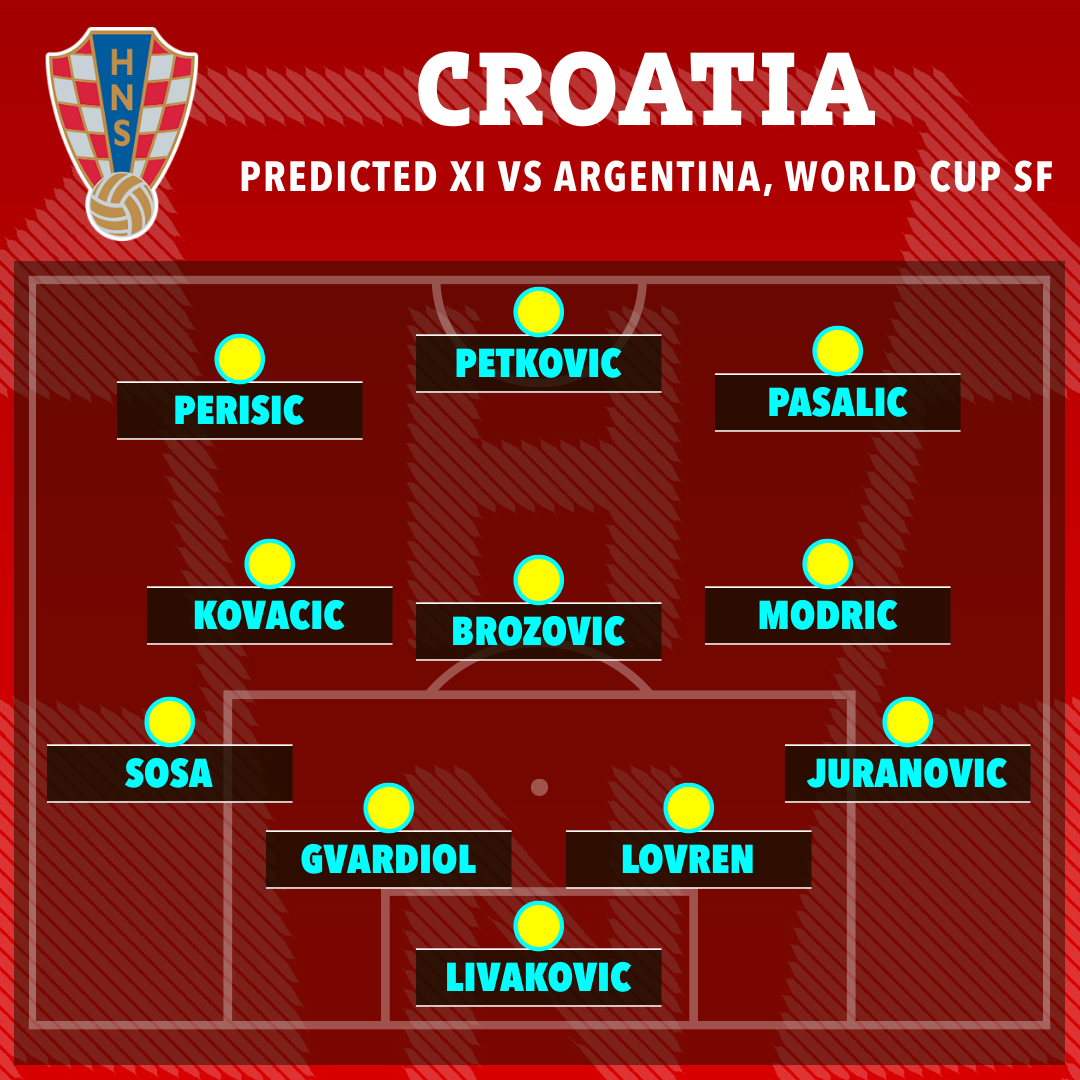 Lionel Messi is just two wins away from ending his long wait to land the World Cup – the final trophy missing from his incredible collection.

But standing in his way are an experienced Croatia side hoping to go one better than in Russia in 2018 – when they lost to France in Moscow.

So how will Lionel Scaloni and Zlatko Dalic line their sides up for the mouthwatering semi-final at the Lusail Iconic Stadium.

Firstly, Argentina will start with Emi Martinez in goal following his heroics in the shootout against the Netherlands.

La Albiceleste may stick with a back five – but Marcos Acuna and Gonzalo Montiel are unavailable after picking up yellow cards in the fiesty quarter-final.

That means it could be a back five of Nahuel Molina, Cristian Romero, Nicolas Otamendi, Lisandro Martinez and Nicolas Tagliafico.

In front of them, Scaloni may well stick with his midfield three of Rodrigo De Paul, Enzo Fernandez and Alexis Mac Allister, especially if Angel Di Maria is still not fully fit.

Up front, it will likely be Julian Alvarez partnering Messi up front rather than Lautaro Martinez. 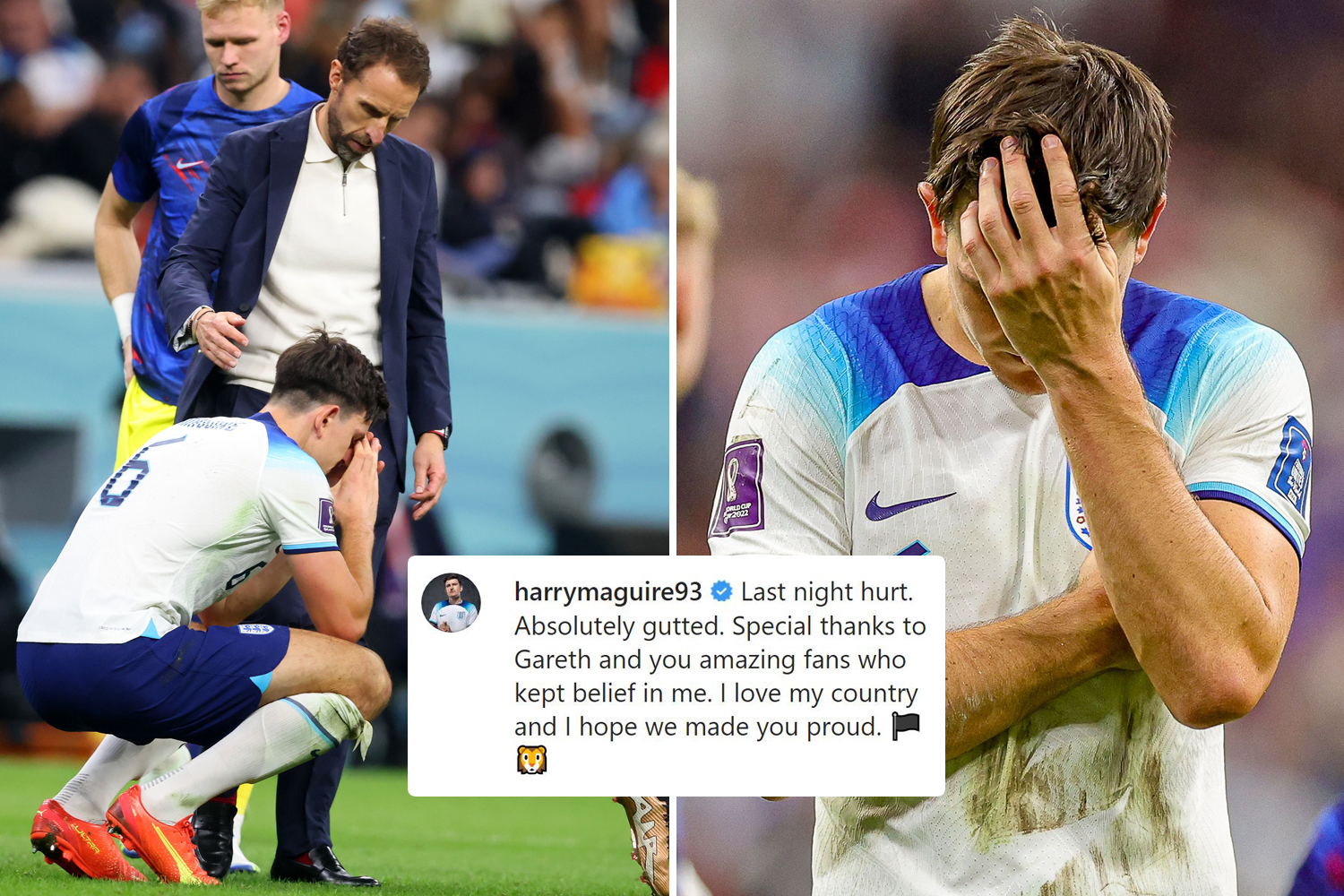 Di Maria came off the bench against Louis van Gaal's side on Friday night – if he is ready to start, it could mean a switch to a four-man defence.

For Croatia, they have their own penalty specialist in goal with Dominik Livakovic hoping to continue his sublime form that helped his side knock out Brazil.

The Vatreni have no injury concerns or suspensions so could name an unchanged side from the shootout win on Friday.

However, one switch could see Bruno Petkovic rewarded for his late equaliser with a place in the starting XI – replacing Andrej Kramaric up front.

That would therefore see a back four of Josip Juranovic, Dejan Lovren, Josko Gvardiol and Borna Sosa, who came back in for the Brazil clash.

In front of them will be the experienced trio of captain Luka Modric, Marcelo Brozovic and Mateo Kovacic in midfield with Mario Pasalic and Ivan Perisic either side of Petkovic in attack.

The winners on Tuesday night will face either France or Morocco back in Lusail on Sunday as they battle it out for biggest prize in football. 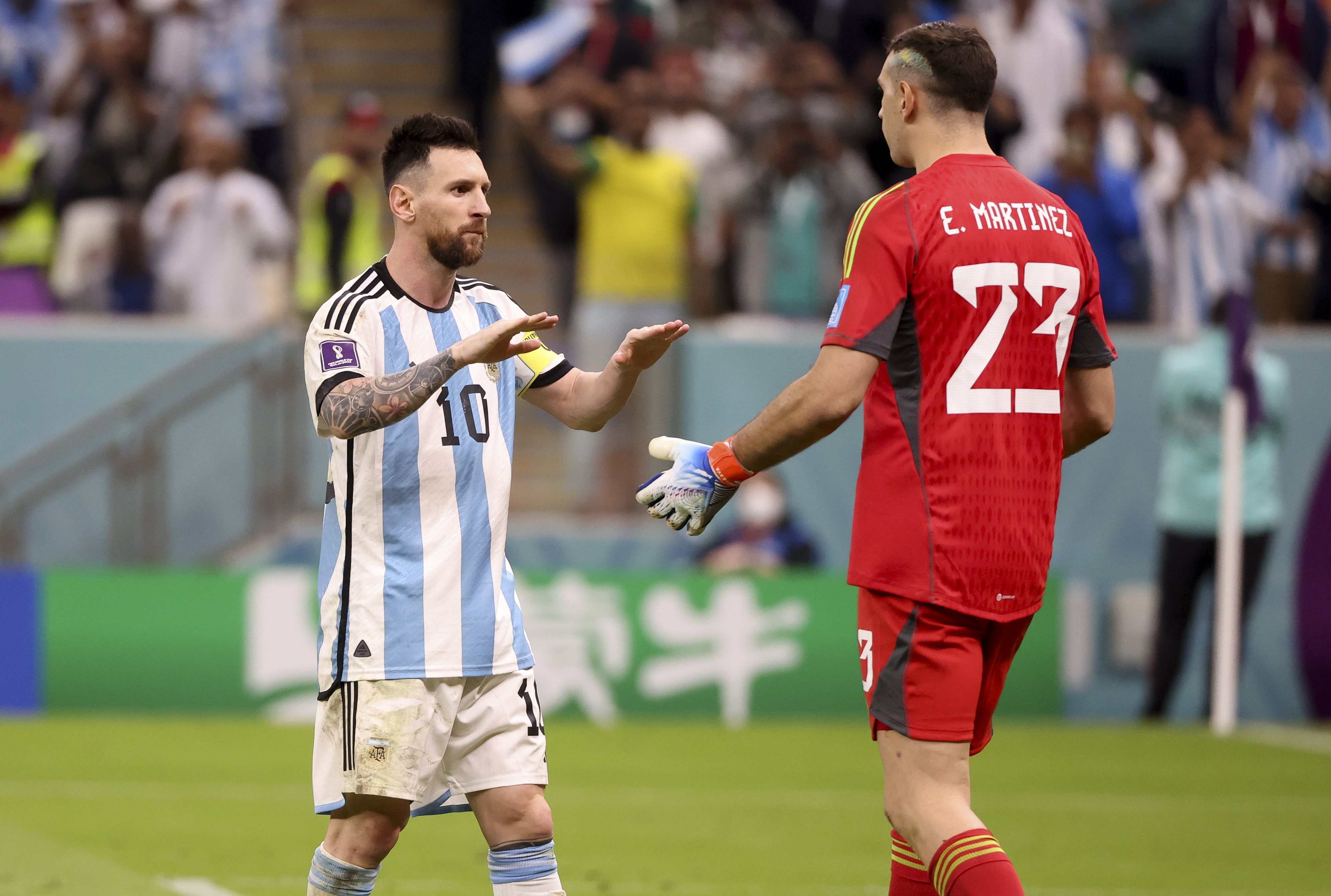 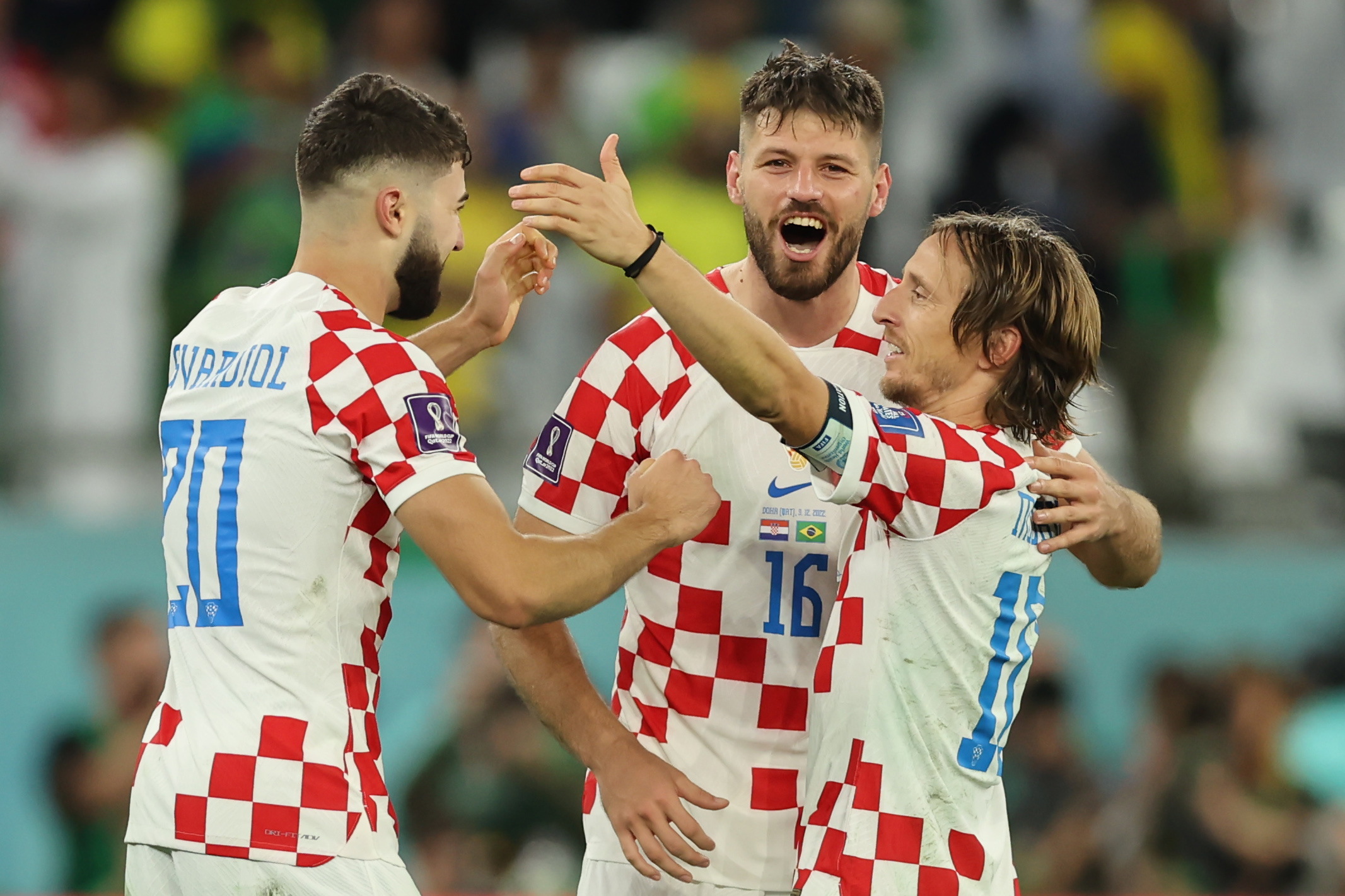