Home » Lifestyle » How BOSH! have spent the last five years on a mission to make veganism cool

How BOSH! have spent the last five years on a mission to make veganism cool 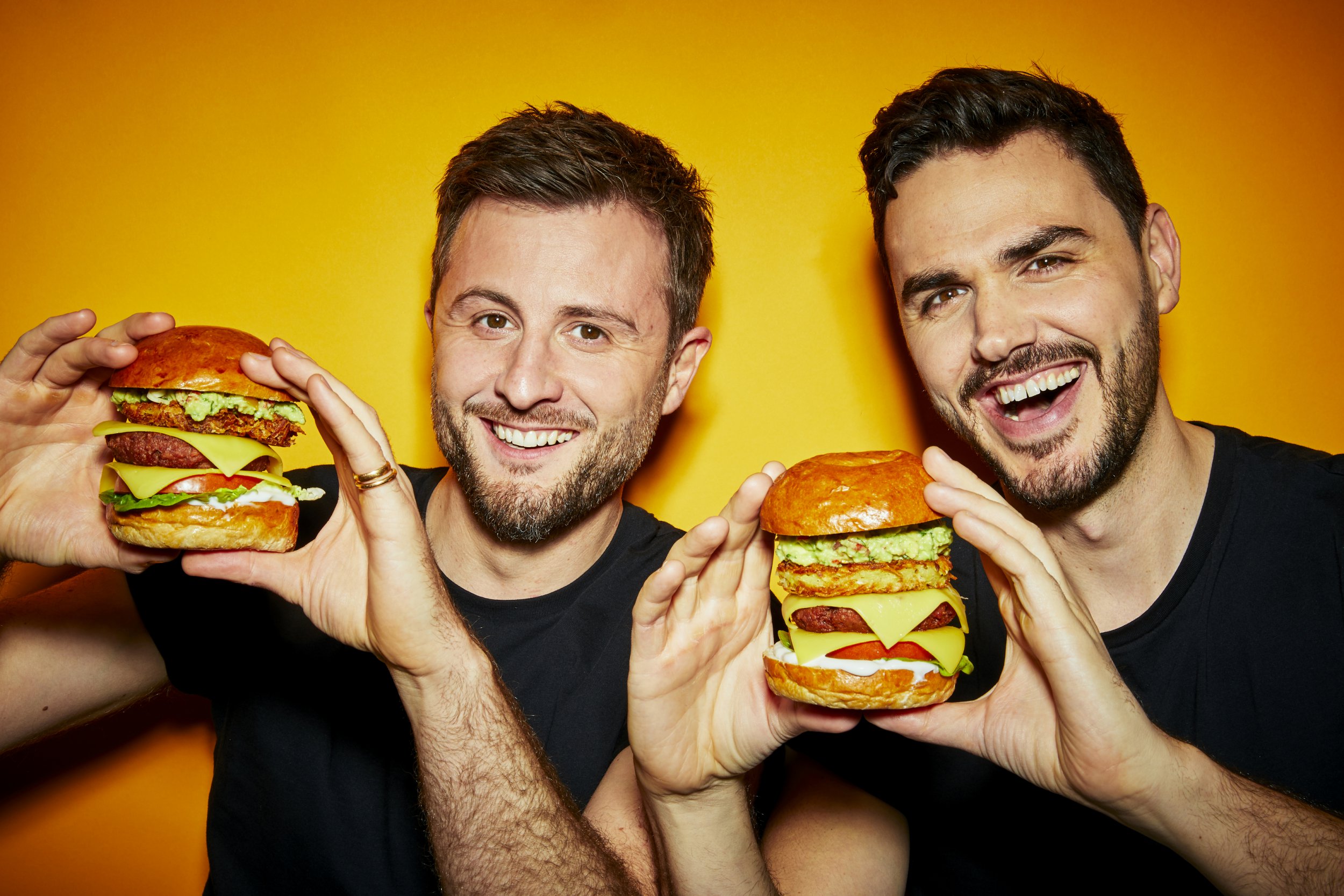 The boys from BOSH!, aka Henry Firth and Ian Theasby, have a lot of celebrating to do when lockdown finally lifts later this month.

For a start they are still waiting to throw last year’s summer and Christmas staff parties, which were cancelled due to the pandemic.

But June also marks the fifth anniversary of the hit YouTube channel which kickstarted their mission to save the planet by making plant-based cooking cool.

‘It feels unreal,’ says Henry. ‘In the last five years there has been such a change in attitude and we’re all more conscious about how what’s on our plate can impact the planet.

‘Once lockdown lifts we’ll be celebrating big time. And we’ve just launched our own BOSH! beer – in collaboration with BrewDog – which will definitely be making an appearance!’ laughs Ian.

The pair carried on creating content through lockdown as all their recipe videos were filmed in their own kitchen. They also managed to write not one but two more cookbooks – they already have four published tomes, making them the UK’s bestselling vegan authors.

‘As for everyone, lockdown was tough, but we kept busy hosting live cookalongs every weeknight in our mission to prove that tasty food doesn’t have to cost the earth,’ says Henry.

The BOSH! journey began in 2015 after the pair watched Kip Andersen’s Cowspiracy documentary about how our diets impact the environment.

Overnight, they cut out meat and dairy. ‘As two meat-eating lads from Yorkshire, we were out of our comfort zone,’ says Ian. ‘Vegan recipes were pretty uninspiring so we had to get creative. Turned out we were good at it!’

The pair posted their first BOSH! recipe video in June 2016 and have since racked up two billion views and three million followers across social media.

Fronting ITV’s Living On The Veg was a career highlight as it was the first vegan cookery series on mainstream TV.

‘That was a huge moment for veganism. Our purpose for the last five years has been to bring people tasty vegan food and make it mainstream, so we’re incredibly proud to see all this happen.’

There’s been another change in lockdown. Ian and Henry were housemates when their mission began, but they have just moved to their own places.

Did they consider living in the same street, like Ant and Dec? ‘We’ve definitely been called Pant and Dec before,’ laughs Henry.

‘And yes we talked about it very seriously, but for me the call of the country was loud and clear. So I’ve moved to Oxfordshire, a stone’s throw from west London where Ian will be living. We’ll work between both as our BOSH! shoot and test kitchen.’

‘It’s an exciting new chapter for us,’ adds Ian. ‘There are loads more exciting BOSH! products hitting the supermarkets in the next two years. It’s another step in our mission to make vegan food accessible for everyone. And we’re buzzing for our new book BOSH! On A Budget to be out in the world this December.’

Not sure what is and isn’t vegan? Here are some household items that surprisingly contain animal products…

Some banknotes around the world – including in the UK, Australia and Canada – contain tallow, an animal fat which is used to give notes their smooth texture.

Many latex condoms use casein (milk protein) in the manufacturing process to make them more comfortable.

The ingredients have also often been tested on animals, and use some harsh chemicals in their production. Luckily, there are plenty of vegan-friendly condoms available now, including from the big brands. Look for The Vegan Society badge.

Paints and paintbrushes, glues, crayons and even paper can contain products derived from animals. Most acrylic paints are vegan-friendly but check online to make sure – there are some great vegan craft websites that list all the major brands and detail which are vegan and which aren’t.

Some vitamin pills are coated with gelatine, which is an animal product, so look for vitamins that are vegan-friendly. Obviously, avoid fish oils.

Some children’s vitamins can be coloured, so make sure they use vegan-friendly dyes. Most of the big brands have products made with vegans in mind so it’s easy to find good alternatives.

Beeswax candles are an obvious no, but beware that most candles contain some kind of animal fat to help them harden. And some even contain oils from whales and dolphins.

Cheap paraffin wax candles are not a good alternative though, as they contain high levels of toxic chemicals.

Some candles are made from palm oil, which is not a very animal-friendly ingredient, so try organic soy – which also burns for longer, too.

How To Live Vegan by Henry Firth and Ian Theasby, published
by HQ, is out now.