Home » Lifestyle » How do you reduce the vast history of China into 288 lively pages?

How do you reduce the vast history of China into 288 lively pages?

Linda Jaivin is always trying to be like water.

Not in the literal sense, but in the Taoist sense – the Taoists believe that the ability to yield is actually a great strength. 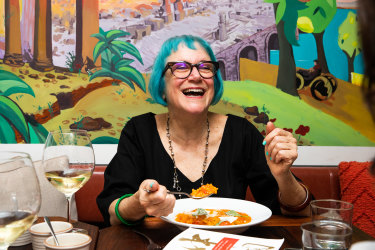 “One of the things about Taoism is to flow with nature,” the renowned author and sinologist says. “And sometimes when I’m a bit confused about what I should do, I have to step back and [ask]: ‘Would it be more flowing, if I did this?’ as a way of guiding decisions throughout life. You don’t push against what’s not working.”

Jaivin only follows the ancient Chinese philosophy up to a point. A Taoist priest she once encountered in Chengdu told her she should wear yellow and white clothing.

When we meet at Cafe Giorgio, an Italian brasserie next to the El Alamein fountain at Potts Point, she shows up with her trademark cropped, blue-dyed hair, wearing a black dress, gold sneakers and red lipstick. Her fingernails are painted aquamarine.

She giggles when she recounts the priest’s fashion advice. “I was like, ‘Yeah right, that’s interesting’,” she says.

But the principle of flow has translated into prolificacy – Jaivin has written 12 books, seven novels and five works of nonfiction.

Her latest, The Shortest History of China, takes the maddeningly long, tragic, fascinating and unwieldy story of China and pares it down to 250-odd pages of vibrant prose.

Jaivin has held the ambition to write a history of China, ever since she was a student at Brown University, Rhode Island, in the 1970s.

She grew up in a Jewish family in Connecticut (her parents ran a small retail business), and was drawn to the study of China, she thinks, because it was exotic and represented the kind of intellectual challenge she was up for.

There are concubines who claim illegitimate sons as heirs, mothers knocking off their sons’ half-brothers, and the plotting of courtiers.

In 2018, when Chris Feik of Black Inc asked if she would like to write the China edition of the publisher’s “Shortest History” series, she thought: “That is my dream”.

“I couldn’t sit down and write it off the top of my head, even after all these years, because China is such a complex place,” Jaivin says. “But at least I now know what books to go to. And I know what people to ask, to look at the manuscript once it’s done.”

We are seated at a corner table in front of a pleasing Italian-esque mural. As the waitress hovers, I ask Jaivin if she is an entrée person.

“I am an everything person,” she replies. On her recommendation, we order stuffed zucchini flowers to share for entrée. 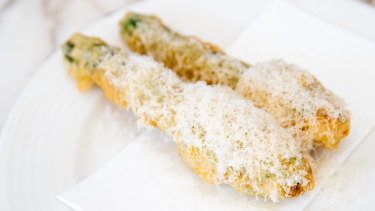 Jaivin orders risotto with saffron, semi-dried tomatoes, stracciatella and basil for her main. I order the maccheroni with cherry tomatoes and parmesan and rosemary pan grattato.

We are clearly not going to cover off the entire history of China during this lunch, particularly as we only order one glass of wine each (Pinot Grigio for Jaivin, Chardonnay for me).

But Jaivin says there are several through-lines in Chinese history which stretch from prehistory to present.

“One is corruption, and the fear that corruption is going to bring down a dynasty, because corruption has been part of the fall of every Chinese state,” she says.

“What happens is, the rulers go corrupt. They ignore the needs of the people. The people suffer, and they rebel.

“So, when Xi Jinping came into power in 2012, the first thing he did was launch a major anti-corruption campaign. There’s a reason for that, and it’s existential: for power.”

The second through-line, Jaivin says, is anxiety around succession.

Her book is full of concubines who claim their illegitimate sons as heirs, mothers knocking off their sons’ half-brothers, and the plotting of courtiers.

“Throughout the book there are axe blows through the night,” she laughs. “An orderly succession is kind of a holy grail. And so that’s another theme, how you work out succession.”

“When some of them were pressured to inform on me, and their families threatened… I just thought, ‘I can’t do this any more’.”

Another constant of Chinese history is the strong women characters who emerge throughout – although the influence of Confucianism, with its patriarchal conservatism, has often inhibited Chinese women’s freedom.

Jaivin dislikes some aspects of Confucianism (chiefly, its hierarchical prescriptions for society) but has learned from its veneration of elders, and its emphasis on humility.

Here, Jaivin breaks into what seems to me to be flawless Mandarin, and then kindly translates it for me.

“‘When three people walk together, there is always one who can teach, who is my teacher’,” she says. “Translated into contemporary idiom, it means: ‘You’re not the smartest person in the room’.”

Jaivin’s quest for knowledge took her away from home soon after she graduated with Honours from Brown. She moved to Taiwan to continue her study of the Chinese language.

Later, she lived in Hong Kong and Beijing, working variously as a textbook editor, a journalist and a translator. She met Australian academic Geremie Barmé in Hongkong in 1981 and they married in 1986 (they divorced amicably in 1993).

In China, the couple’s friends and peers were a group of artists, dissidents, musicians and older literati (translators, editors, cartoonists, and opera writers), many of whom Jaivin wrote about in her memoir/travelogue/social history The Monkey and the Dragon (published 2001).

Our mains arrive, and I realise I must manage my tomato-based dish while wearing a white shirt.

“That’s why I don’t listen to the Taoists,” Jaivin chuckles. “Black is much more forgiving.” 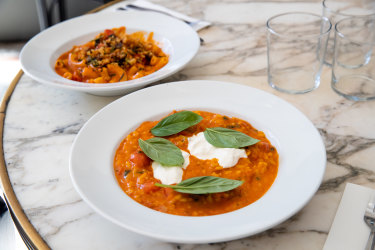 Risotto with saffron, semi-dried tomatoes, stracciatella and basil and maccheroni with cherry tomatoes and parmesan and rosemary pan grattato.Credit:Edwina Pickles

I affix a napkin-bib to my front and ask whether Jaivin’s understanding of China changed the better she knew the language.

“Oh, it made all the difference. It was something that was kind of weird and esoteric, and outside myself, until I began learning the language,” she says. “And then I began to internalise and have access, both to written stuff and through people and interactions.”

In 1986, life in Beijing, where Jaivin was working for Asiaweek magazine, became more dangerous, not for her, but for her Chinese friends.

Barmé and Jaivin moved to Canberra, where Barmé was studying for his PhD at the Australian National University.

Jaivin fell in love with the Australian bush and was freelancing and doing bit-translation work (some of it very notable – she wrote the subtitles for the films Farewell My Concubine and Hero) when she turned her mind to fiction-writing. 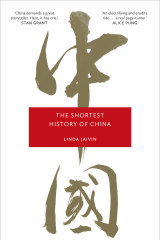 The Shortest History of China by Linda Jaivin.

It was another thing she had always wanted to do.

“I’d been writing all this stuff about China, because I was trying to flog my knowledge as a freelance writer, trying to make a living,” Jaivin says.

“And I would write something using all my knowledge about Chinese film, and I would get paid $250. So I send off this story that I wrote in probably an hour, and revised in half an hour, to Australian Women’s Forum. I remember the cheque that came back, I think it was $2000.”

About that time, Michael Heyward from Text Publishing approached Jaivin to write for him.

This was in the days before “chick-lit” was a thing. Sex and the City was but a glimmer in Darren Star’s eye. 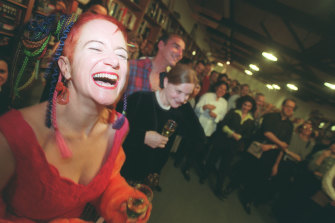 Linda Jaivin at the launch of her bestselling novel ‘Eat Me’ in 1995.Credit:James Alcock

Text Publishing snapped up the book, which was titled Eat Me, and it became an international bestseller that was translated into over a dozen languages.

Other novels followed. She has written across genres including erotica, social satire and historical.

“If people can’t accept that you can have several sides to you, what kind of world is that?” she says. “At some point I just thought, I don’t want to be hiding secrets. I’m just gonna do what I do.”

Jaivin’s main beef with our governing class is that they don’t know enough of China’s history and culture as they seek to manage Chinese expansionism. 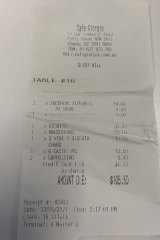 “China has been divided many, many times in its history. The unifiers are the heroes and Xi Jinping wants to make his mark by bringing Taiwan back into the Chinese fold”.

Jaivin says that would be “abhorrent” because Taiwan is a democratic place. “But Australia beating the drums of war is dangerous posturing.”

She believes Australia needs a China advisory taskforce “that is not ideologically guided, but guided by knowledge and understanding”.

There is a Chinese saying that one chopstick can be broken but if you put them in a bundle, you can’t break them.

“We need to really consider how to, when we want to make a strong statement, we do it in alliance with others,” Jaivin says.

She ends by quoting Sun Zi, who said that the best way to win a war is not to have to fight it at all. We order coffee, and then Jaivin flows off, past the fountain, to her nearby home.

THE BOOKLIST
The Booklist is a weekly newsletter for book lovers from books editor Jason Steger. Get it delivered every Friday.