A SpaceX Falcon 9 rocket propelled a third-generation Global Positioning System navigation satellite into orbit Thursday in the first launch of a national security payload using a previously flown booster. Program officials say the move will save $64.5 million over three missions.

The rocket’s nine first stage engines roared to life on time at 12:09 p.m. EDT, pushing the 229-foot-tall rocket away from pad 40 at the Cape Canaveral Space Force Station.

After powering the Falcon 9 out of the thick lower atmosphere, the first stage fell away and headed for landing on a SpaceX droneship stationed in the Atlantic Ocean. On-board cameras provided spectacular views as the booster swooped to touchdown, chalking up SpaceX’s 66th successful recovery at sea and its 88th overall. 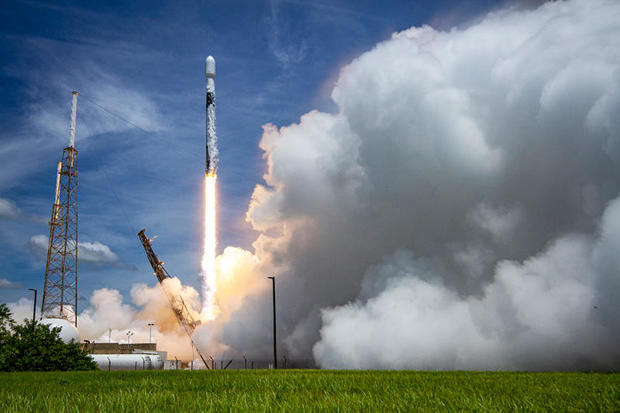 “In preparation for this first-time event, we’ve worked closely with SpaceX to understand the refurbishment processes and are confident that this rocket is ready for its next flight,” Walter Lauderdale, deputy mission director of the Space and Missile Center’s launch enterprise, told reporters before takeoff.

Space Force officials said the fourth, fifth and sixth GPS-3 satellites were covered by a single contract that eventually reflected a savings of $64.5 million thanks to first stage recovery and reuse.

With the first stage safely down on the droneship, the Falcon 9’s second stage continued the climb to orbit. A second engine firing an hour later completed the ascent, clearing the way for deployment of the fifth GPS-3 satellite an hour and a half after liftoff. The new satellite will replace an earlier model launched in 2004.

Lockheed Martin is building 10 GPS-3 satellites for the Space Force and is under contract to build 22 advanced GPS-3 Follow-On navigation beacons to modernize the entire constellation with state-of-the-art components.

The GPS system is based on timing signals from ultra-precise atomic clocks. With more than two dozen operational GPS satellites in multiple orbital planes, at least four are above the horizon at any point on Earth. Timing and position signals from the satellites allow receivers to calculate a user’s position, altitude and velocity.

GPS receivers are built into an ever-increasing number of devices, including smart phones, cars, trucks, aircraft, ships at sea and the weapons systems fielded by the military. 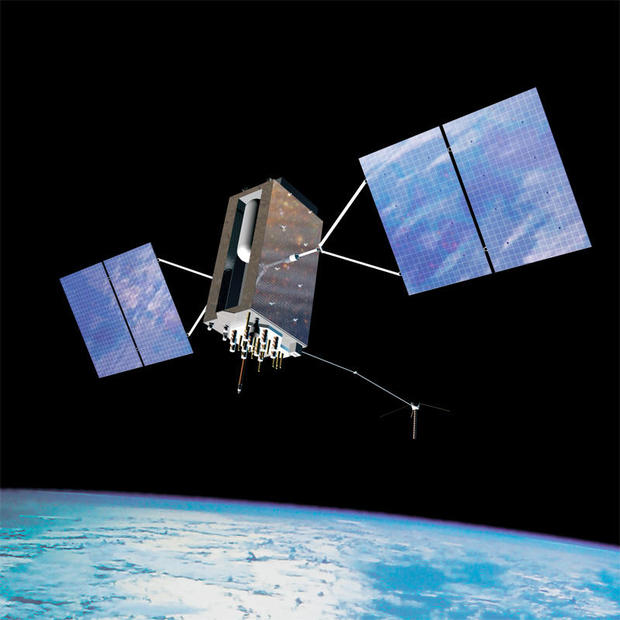 “Today’s GPS satellite constellation, with its oldest satellites launched in the late 1990s or early 2000s, continues to provide very valuable services,” said Tonya Ladwig, a Lockheed Martin vice president. “But it needs the new modernized technology and capabilities to take on the challenges of the future.

“It’s not an upgrade,” she said of the GPS-3 family. “We developed an entirely new satellite design. GPS-3 is now the most powerful, resilient GPS satellite ever built. We provide three times greater accuracy over existing satellites in the constellation and have eight times increased anti-jamming capabilities.”

“GPS has grown to become part of our critical national infrastructure,” Ladwig said. “Our financial markets, transportation systems, utilities, the rideshare industry and our agriculture and construction industries all depends on the precision navigation and timing of GPS.”

More than 4 billion users around the world utilize the precise position and timing signals from GPS satellites to provide directions, tracking and host of other services.

“In the US alone, GPS is estimated to provide more than $300 billion in annual economic benefits,” Ladwig said. “That adds up to more than $1.4 trillion since inception.”