A behind the scenes video from a new documentary, Prince William and Our Mental Health was posted on the Kensington Royal Instagram account. The clip shows some touching moments of George and William together at the football.

The programme saw William meet footballers, fans and managers as part of the #HeadsUp campaign.

What can the clips tell us about the relationship between the father and son?

Judi James, body language expert, told Express.co.uk exclusively: “William has grown up being cautious about emotional reveals in public and his subtle shyness signals have often made his appearances tinged with some discomfort. But this film tells us more about him than we have been shown before and it reveals degrees of depth and empathy that he’s tended to keep masked in the past.”

She reveals William is encouraging dialogue with his sun during the game. 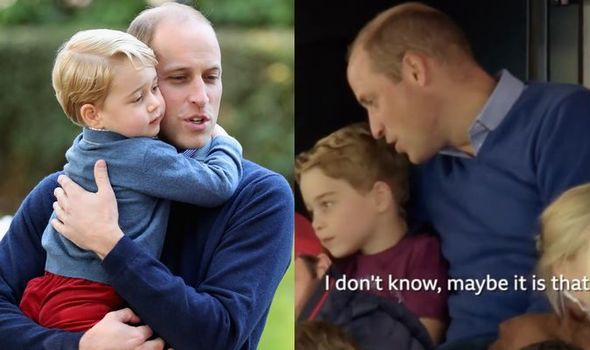 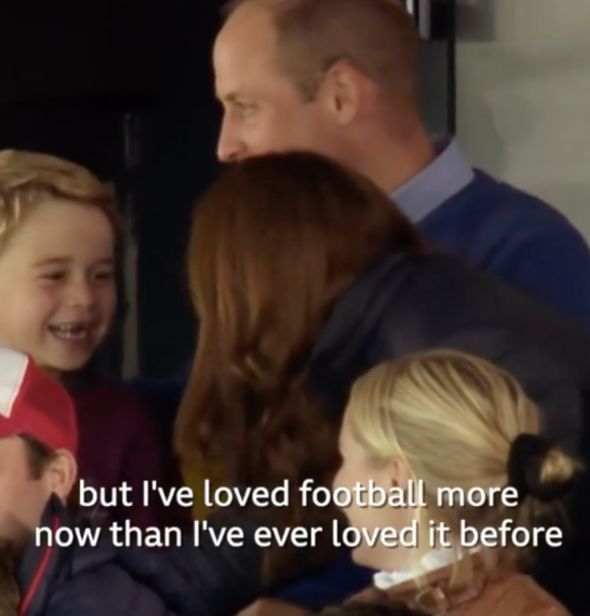 Judi added: “The footage of him watching football with George shows a dad mentoring his son by encouraging him to take delight in the game. George is already smitten, he later leapt up in noisy delight when his team scored, and we can see from his rapt expression here that he’s having the best time, but William is still keen to keep an encouraging dialogue going.

“William is often the parent seen holding his son by the hand at royal events while Kate carries Louis and walks with Charlotte so it has seemed in the past that William is acting as mentor for his son in his royal role and destiny, but this clip and William’s comments about the value of sports like football in mental wellbeing suggests William will be as protective of George’s emotional development as his skills as a future king.”

He said: “Suicide is one of the biggest killers of young men under 45. It’s scary and it’s frightening and it’s real.

Judi James said: “His body language as he talks about men and mental health is subtle but telling.”

The expert claims the Duke of Cambridge is reflecting on the topic of mental health, having dealt with his own demons in the past.

“One minute he is authoritative,” Judi said, “with his brows raised and his head making small nods to emphasise his points and the next he uses the term ‘scary’, which sounds both like a euphemism and also like an expression of empathy as he takes a small pause and his eyes move to the right to suggest reflective thinking.” 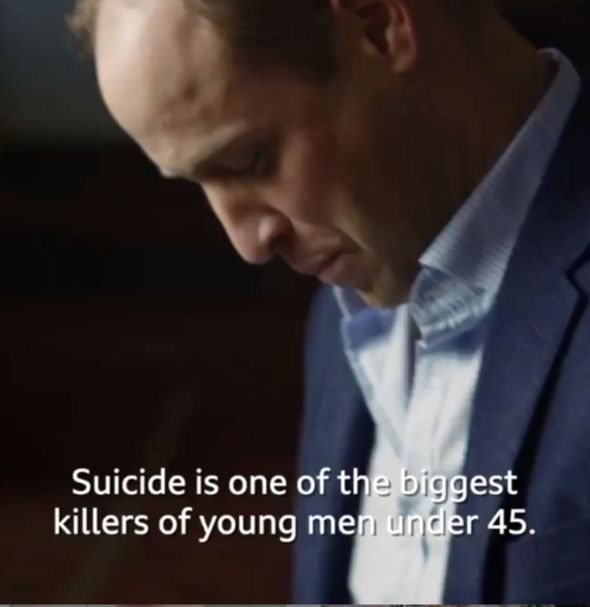 William has spoken about the toll losing his mother age 15 had on his mental health.

Princess Diana died in in August 1997.

Back in May, William said of the time in his life: “I think when you’ve been through something traumatic in life, and that is your dad not being around, my mother dying when I was younger, your emotions come back in leaps and bounds.

“Because it’s a very different phase of life and there’s no-one there to help you.” 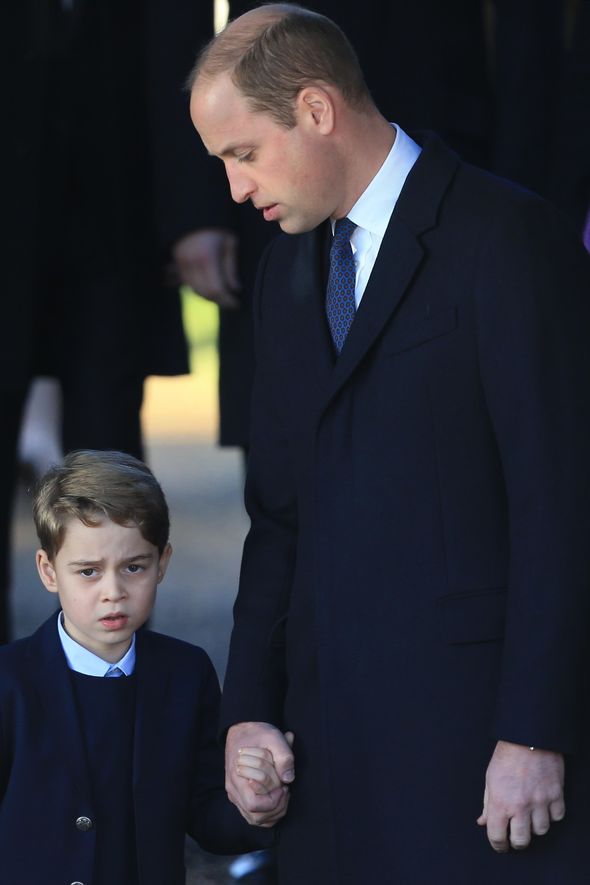 He aded: “When it comes to our mental health, we – and, by we, I mean men in particular – often have nothing to say at all.

“The consequences of this silence – confusion, stigma, and even shame – have reached a crisis point in the UK.”

The royal line of succession – who outranks who?

The line of succession to the British throne dictates the order in which each member of the Royal Family would ascend to the throne.

It is also seen as a ranking of importance with the head of the line, the Queen, taking the place of ruler.

Older children come before younger children. Traditionally boys came before girls, but this law was changed on 26 March 2015 before the birth of Prince William’s first child.

Incredibly, Catholics are still excluded from the line of succession, as are children born outside of wedlock.

The royals, who usually stick to a strict protocol when appearing in public, often arrive at events in ascending order of importance, with the most important royal arriving last.

Prince Charles, 71, is currently second-in-line to the British throne, followed by Prince William, 37, his oldest son.

Then comes Prince William’s children, George, six, Charlotte, four, and Louis, one, and they are followed by Prince Harry, 35. Prince Harry is succeeded by his son Archie Harrison, born in May 2019.