Inside the British Pullman train carriage reimagined by Wes Anderson

The Belmond British Pullman is one of the most distinctive trains in the world – but even more so now, because one of its carriages has been redesigned by legendary film director Wes Anderson.

Belmond says the redesign – unveiled today and which is a permanent fixture on the British Pullman – pays ‘tribute to both the golden age of cinema and travel’. 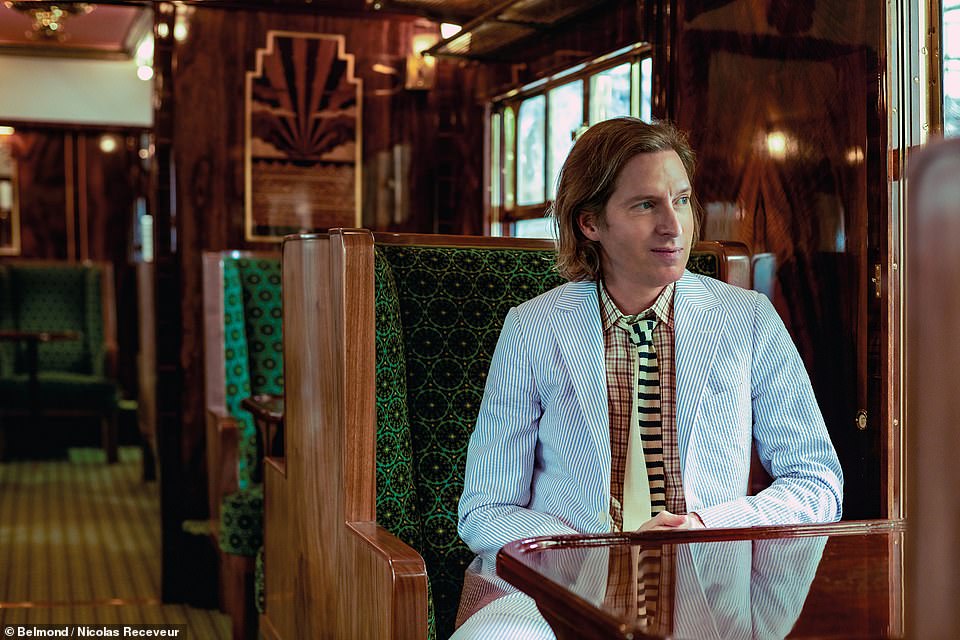 The carriage’s first public outing will be this Wednesday, October 13, on a trip from London Victoria Station to Cardiff.

Fancy going? Tickets for the Wes Anderson carriage cost from £400 per person, while prices start from £1,800 per coupe for the coupe experience.

The redesign coincides with the premiere of The French Dispatch, Anderson’s latest film. Set at an outpost of a US newspaper in Ennui-sur-Blase, a fictional 20th-century French city, it has a star-studded cast, with the likes of Tilda Swinton and Timothee Chalamet appearing alongside Anderson’s long-time collaborators Bill Murray and Owen Wilson.

Trains have held roles big and small in Anderson’s films – The Darjeeling Limited (2007) follows three brothers on a train journey across India, and a train is the setting for a key scene in The Grand Budapest Hotel (2014).

Anderson says of the unveiling: ‘I love trains! I have often had the chance to invent train compartments and carriages in my movies – so I was immediately pleased to say “yes” to this real-life opportunity and very eager to make something new while also participating in the process of preservation which accompanies all the classic Belmond train projects.

‘They are keeping something special alive – igniting this endangered species of travel into a new golden era.’ Belmond says the film director’s redesign pays tribute to ‘both the golden age of cinema and travel’. Pictured is the open carriage 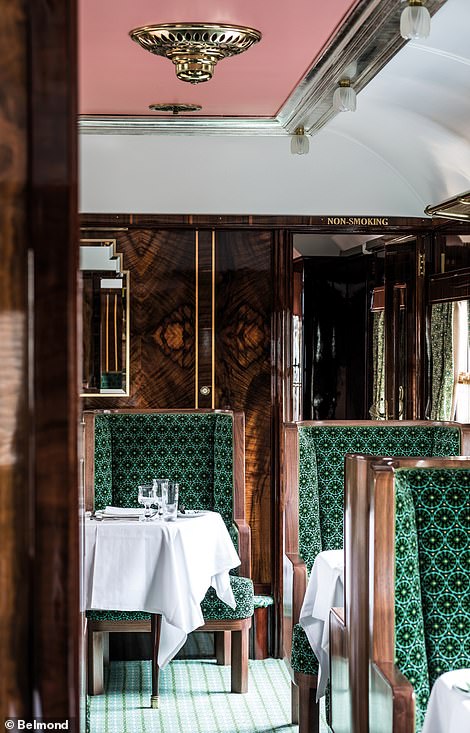 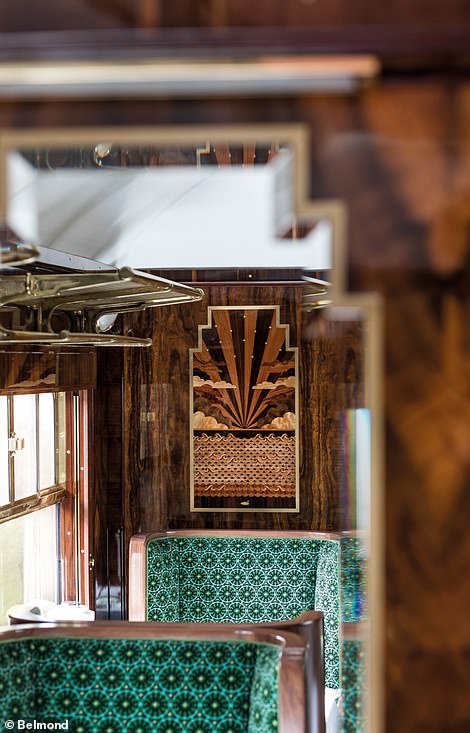 ‘Pullman Dining by Wes Anderson’ in the open carriage, pictured, costs from £400 per person, and the carriage can be booked out entirely for groups of up to 26 guests

When it came to the decor, Anderson sought to balance the historical preservation of the Art Deco-inspired carriage with modern design elements, according to Belmond.

Each Pullman carriage is said to have a unique origin story. The Cygnus carriage is named after the Greek God of Balance, who is often personified as a white swan.

A tribute to ‘the majestic swan’, Belmond says detailed references to the classical myth can be found throughout the design ‘in the intricate waves and swan detailing in the marquetry [inlaid woodwork]’. 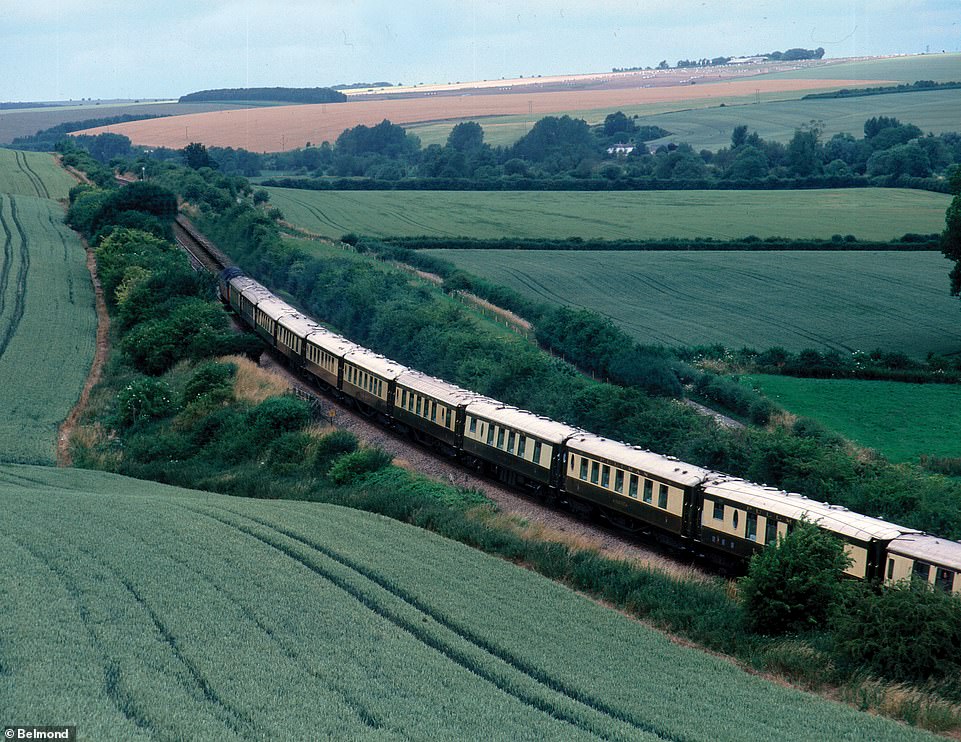 Anderson says he was eager to participate ‘in the process of preservation which accompanies all the classic Belmond train projects’. Pictured is the British Pullman gliding through the countryside 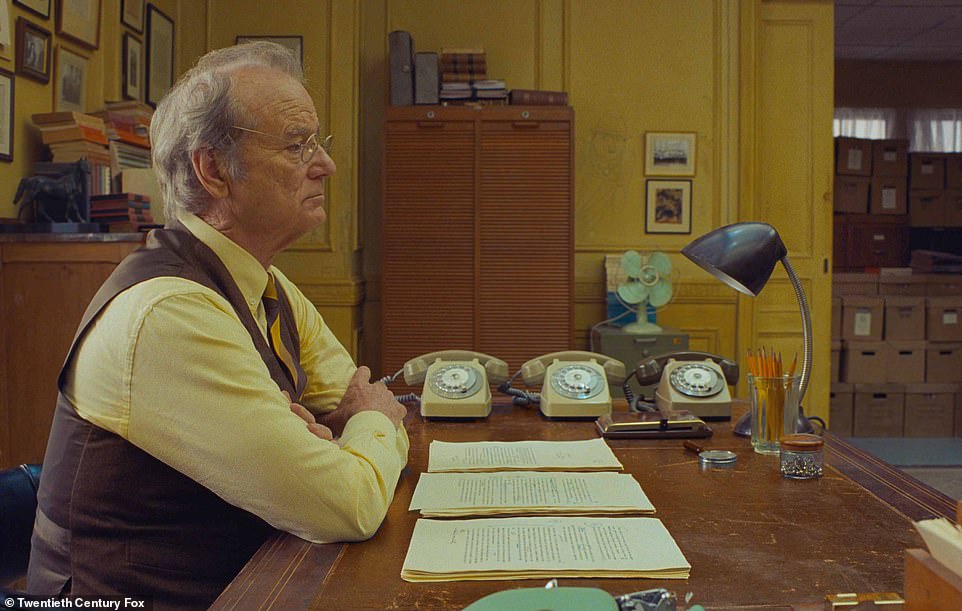 The Belmond Pullman carriage redesign coincides with the premiere of Anderson’s latest offering for the silver screen, The French Dispatch. Pictured above is long-time Anderson collaborator Bill Murray in a scene from the movie 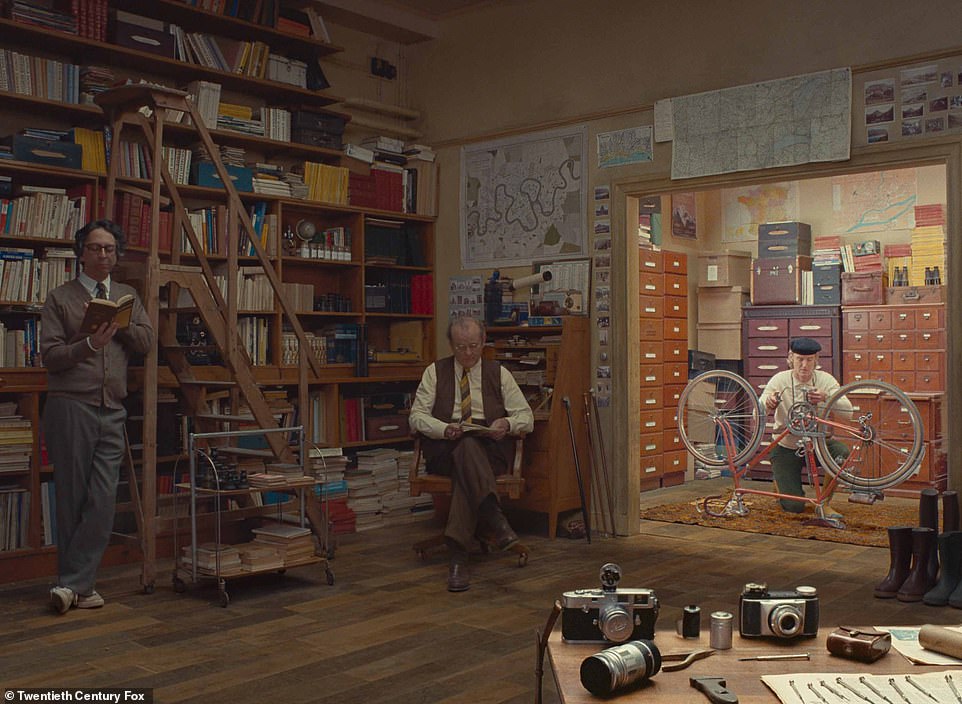 Premiering this week, The French Dispatch is set at an outpost of a US newspaper in Ennui-sur-Blase – a fictional 20th-century French city

Passengers will note ‘the meticulously positioned silver leaf’ on the carriage ceiling, while swan-shaped Champagne coolers rest on the dining tables.

The coupes, which can be booked for up to four guests, feature ‘360 degree carefully handcrafted marquetry’. Passengers will be greeted by the train manager at London Victoria, who will usher them through priority boarding and ensure Champagne is free-flowing throughout the train ride.

Guests of the private coupe will feast upon a ‘contemporary British menu’ served on special crockery, with ‘additional flourishes from British Pullman’s Head Chef’. 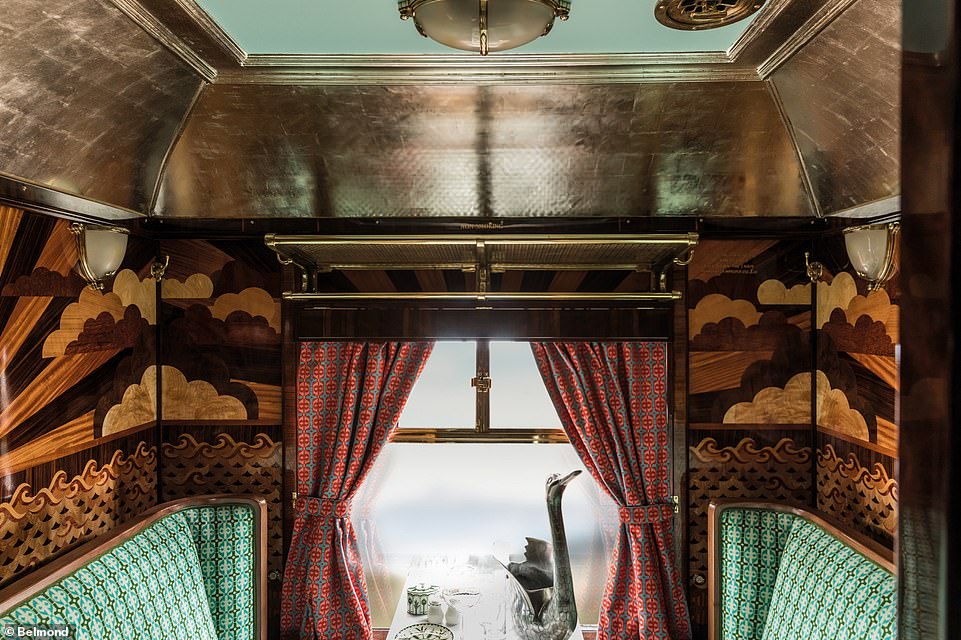 Passengers in the private coupes, one of which is pictured, will note ‘the meticulously positioned silver leaf’ on the carriage ceiling 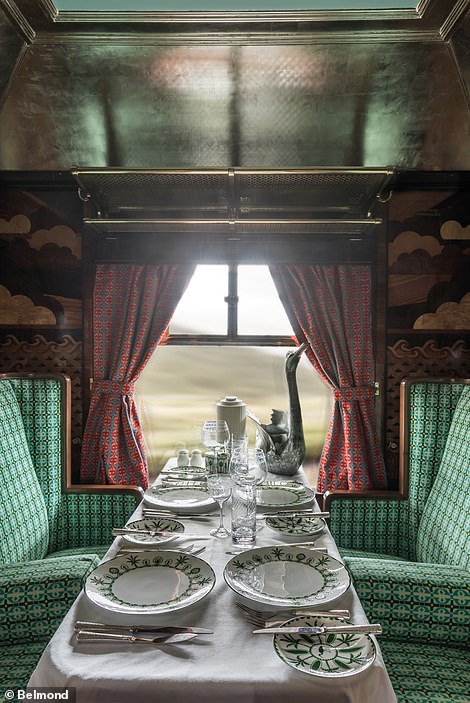 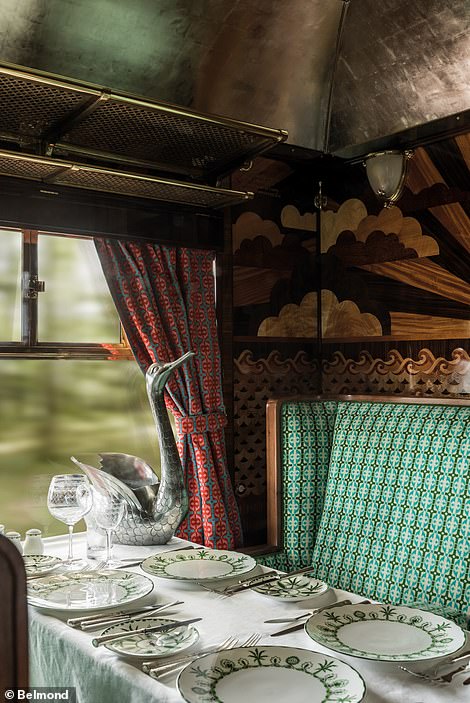 Anderson sought to balance the historical preservation of the Art Deco-inspired carriage with modern design elements, according to Belmond. Swan-shaped Champagne coolers rest on the dining tables in the private coupes, pictured

Belmond promises passengers can also sip on ‘exclusive’ cocktails, served in ‘glassware only available in the private coupe’.

Those travelling in the open carriage can avail of the regular Pullman experience – though the Cygnus can also be booked out entirely for parties of up to 26 guests.

Arnaud Champenois, the Senior Vice President of Brand & Marketing at Belmond, says: ‘At Belmond, we are custodians of timeless heritage. We are always seeking new ways to remain relevant and create new legendary adventures. It is our mission to keep the travel dreams alive by collaborating with the most creative talents, who share our passion for design and craftsmanship.

‘It has been a privilege to work with Wes Anderson, who is one of the most captivating storytellers in the world and a true legend.’

British Pullman – A Luxury Train, offers a variety of day journeys throughout the year from London Victoria Station. ‘Pullman Dining by Wes Anderson’ starts from £400 per person. The ‘Pullman coupe by Wes Anderson’ starts from £1,800 per coupe. The full carriage hire price is available on request. To book or for more information visit belmond.com.