An Instacart driver may face charges after allegedly destroying a Minnesota elderly couple's groceries in retaliation for a pro-police sign posted on their property.

The Blaine Police Department wrote on its Facebook page that the elderly couple reported that their groceries had been run over and that they were left with a "derogatory" note written on their receipt from a local Cub Foods.

"After reviewing the context of the written message it appears that the delivery driver's actions were in response to a sign supporting law enforcement that is in the homeowner's front yard," police said.

The sign read: "Thank you, Blaine P.D.," according to a GoFundMe account, which has raised over $12,000 for the victims. 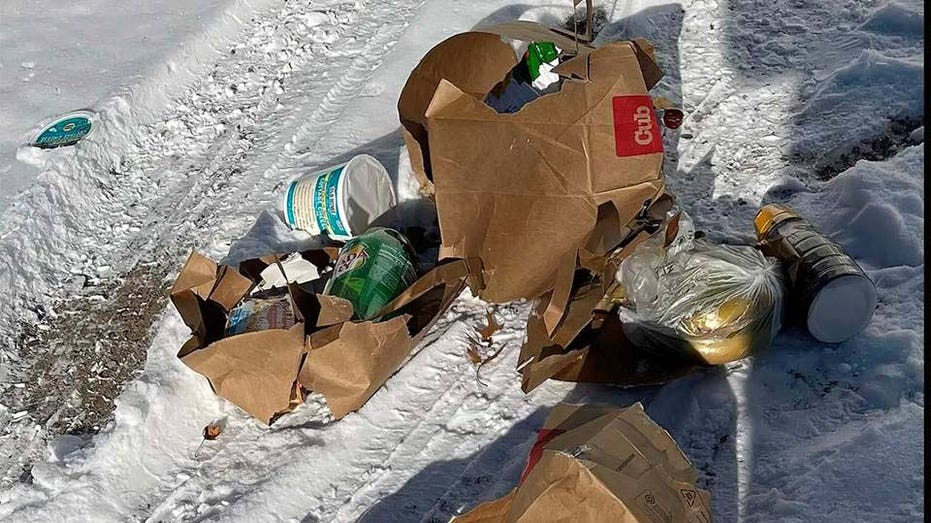 An elderly couple from Minnesota reported that their groceries had been run over by their Instacart driver.  (Blaine Police Department)

The police department also posted an image of the destroyed grocery bags that appeared to be scattered on the couple's driveway alongside tire tracks.

The incident unfolded after the elderly couple placed an order for groceries on Dec. 6. to be delivered through Instacart.

After receiving a notification that their groceries had been delivered, they went outside to meet their driver, according to police.

The couple allegedly worried that their driver might get stuck in the snow that was packed on their driveway.

However, when they walked outside, the couple told police that the driver yelled at them to "check inside their Christmas wreath."

The couple also reported seeing the driver drive back and forth on their driveway before leaving, police added.

Instacart told FOX Business that the company is "appalled" by the "unacceptable" actions, and the driver "has been removed from the Instacart platform as a result." The company also said it's refunding the customers.

"We'll continue to provide support to the impacted customers and will also work directly with local law enforcement on any investigations into this matter," Instacart said.

Police say the driver has been identified and "the investigation continues with charges likely in the near future."