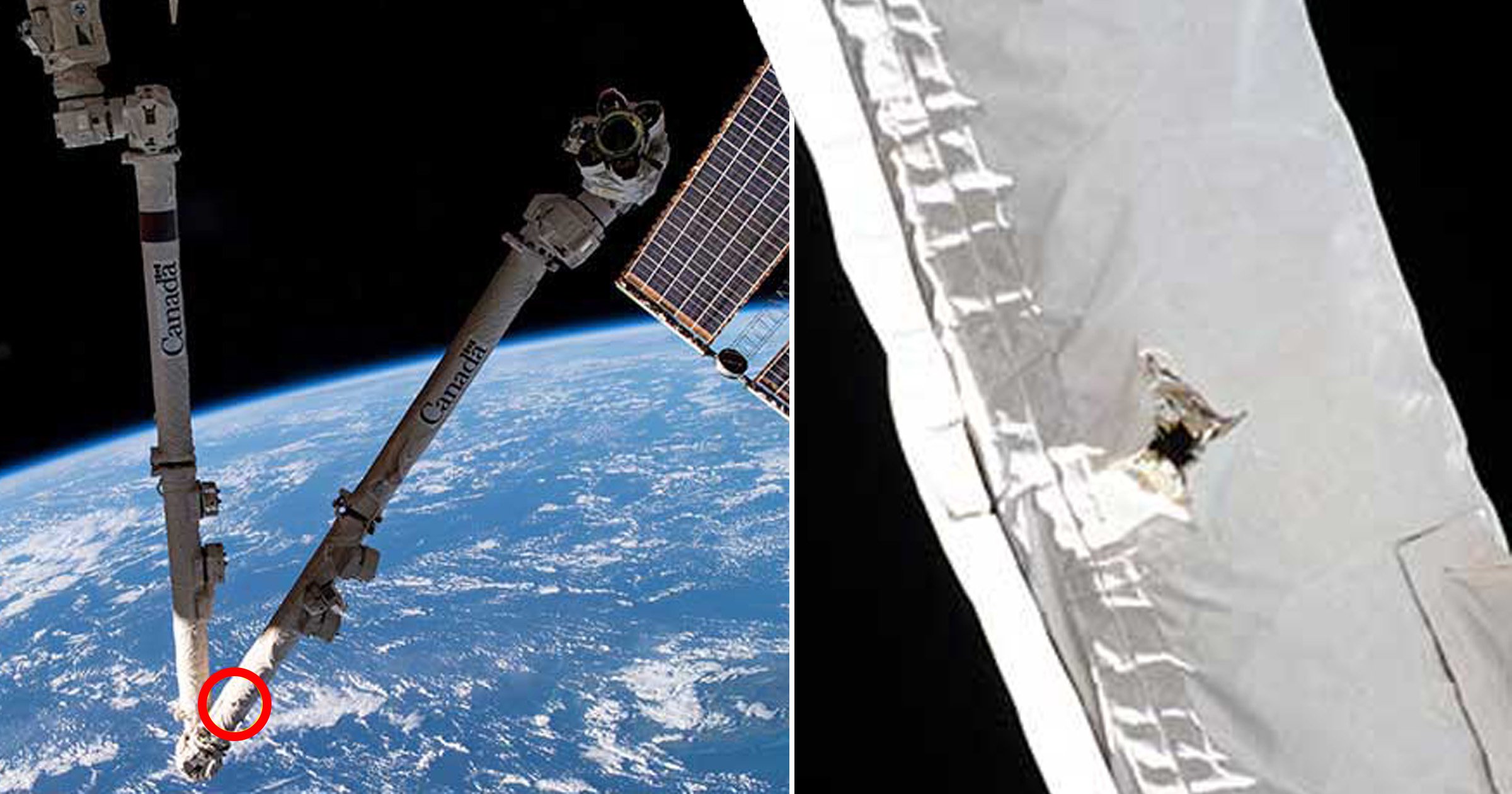 A hole has been punched through the robotic arm attached to the International Space Station by a piece of orbiting space junk.

The debris struck the orbiting lab at a speed of 17,500mph and the Canadian Space Agency (CSA) said it was a ‘lucky strike’ that didn’t endanger the crew.

It’s not known when the 6mm-wide hole appeared, but mission managers spotted it on May 12.

The incident has brought renewed attention to the dangers of space junk orbiting Earth at phenomenal speeds.

While larger pieces of debris are monitored by space agencies, the piece that hit the space station would have been too small to be tracked.

The Canadian-built Canadarm2 robotic arm continues to function, despite the wound. Astronauts will go ahead and use it for upcoming tasks, including a planned operation to replace a faulty power switchbox.

‘Despite the impact, results of the ongoing analysis indicate that the arm’s performance remains unaffected,’ the CSA stated.

‘The damage is limited to a small section of the arm boom and thermal blanket.’

Unfortunately, it’s currently unfeasible to clear the estimated 6,000 tonnes of debris from low-Earth orbit, although plans are being drawn up to help tackle the problem.

‘Over 23,000 objects the size of a softball or larger are tracked 24/7 to detect potential collisions with satellites and the International Space Station,’ explained the CSA.

‘A number of tiny objects—ranging from rock or dust particles to flecks of paint from satellites—are also too small to be monitored.

‘The threat of collisions is taken very seriously. Nasa has a long-standing set of guidelines to ensure the safety of Station crew.

‘The safety of astronauts on board the orbiting laboratory remains the top priority of all Station partners.’

The UK will also play a critical role in building The Claw, which will be the first ever satellite to remove space junk.

A part of the ESA’s Clearspace-1 mission scheduled for 2025, The Claw will use a pincer motion to collect debris, before giving it a controlled re-entry into Earth’s atmosphere, allowing it to decompose safely and away from life.