Apple is expected to unveil the 14th series of its iconic and ubiquitous iPhone on Wednesday at its first in-person product launch event since before the coronavirus pandemic began.

Industry watchers also hope to see the new generations of Apple watches, AirPods and other updated versions of its hardware. 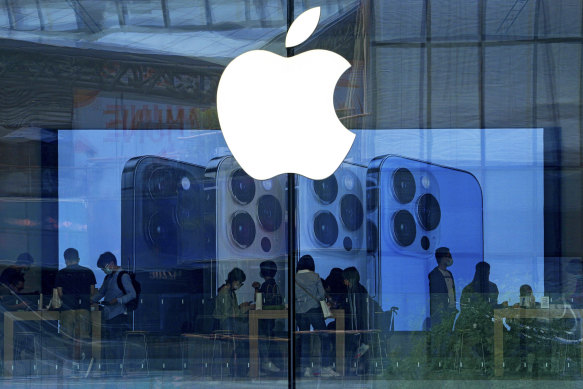 Apple is set to launch its iPhone 14.Credit:AP

In addition to high-tech advances, there is likely to be increased attention to prices this year with inflation hovering near four-decade highs. Even before the pandemic when the economy was booming, people were baulking at the substantial price tags for smartphones with upgrades that don’t win over owners of recent models.

In April of 2020, just as the pandemic was crushing the US economy, Apple released the second-generation iPhone SE with a price tag as low as $US399, a 40 per cent markdown from the most affordable iPhone 11 unveiled last year.

Now, with 9 per cent inflation battering household budgets, analysts wonder if consumers won’t wait a little longer to upgrade phones, or pass on the earphones that can cost as much as filling up their gas tanks each month.

“Pricing is a key watch-point in a tough macro which comprises inflationary pressures and pull back in consumer spending, but we believe it matters more for wearables which are considered more discretionary purchases relative to iPhone by consumers,” JPMorgan analysts wrote.