Rising television cookery star Jack Monroe has shown how she’s transformed a ‘battered old shed’ in her garden into a working TV kitchen – on a tiny budget using ‘stuff from skips’ and trinkets from her home.

After a successful two-week stint hosting Daily Kitchen Live, a BBC One cookery show trialled during lockdown and co-hosted with Matt Tebbutt, the budget cook decided to make use of the shabby outbuilding to launch her own YouTube cookery show.

Mother-of-one Monroe, who writes on Twitter as @BootstrapCook, said she made the decision to film at home because the food festivals she’s normally attending are all cancelled because of coronavirus. 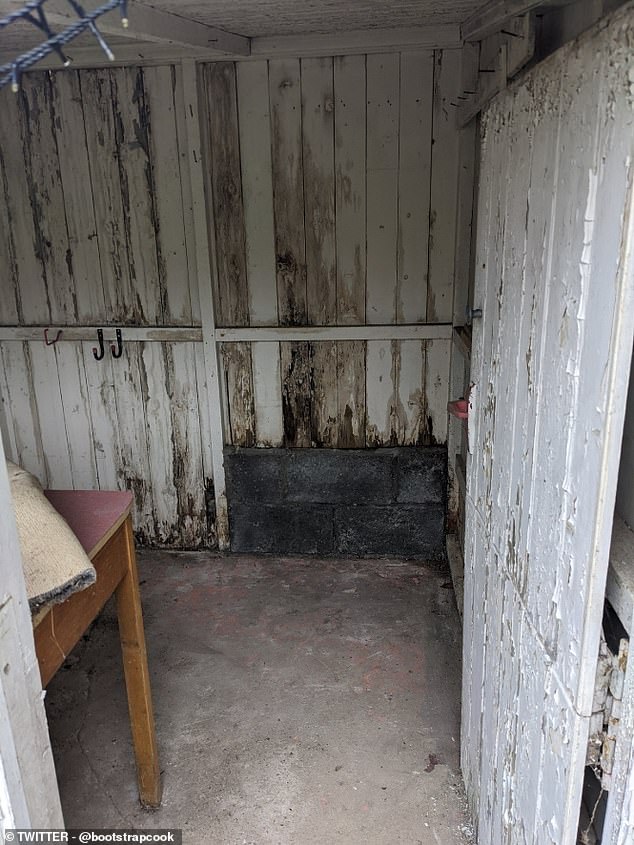 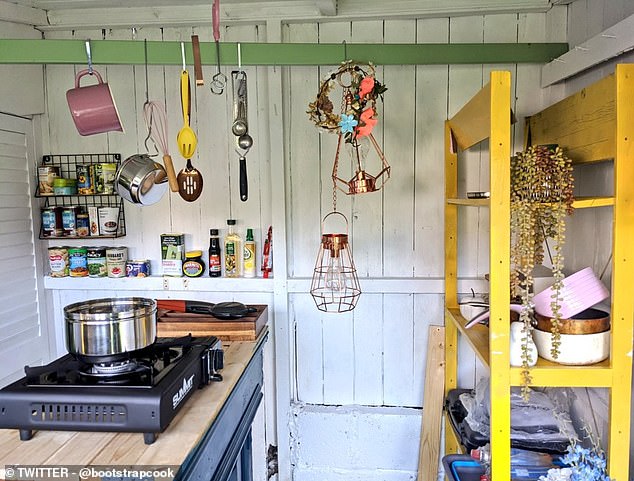 Ta da! The spruced up shed cost less than £60 thanks to the Daily Kitchen Live star’s cut-price creativity; after adding a gas stove and trinkets found around the house and in skips, she now plans to broadcast her own cookery show from her shed 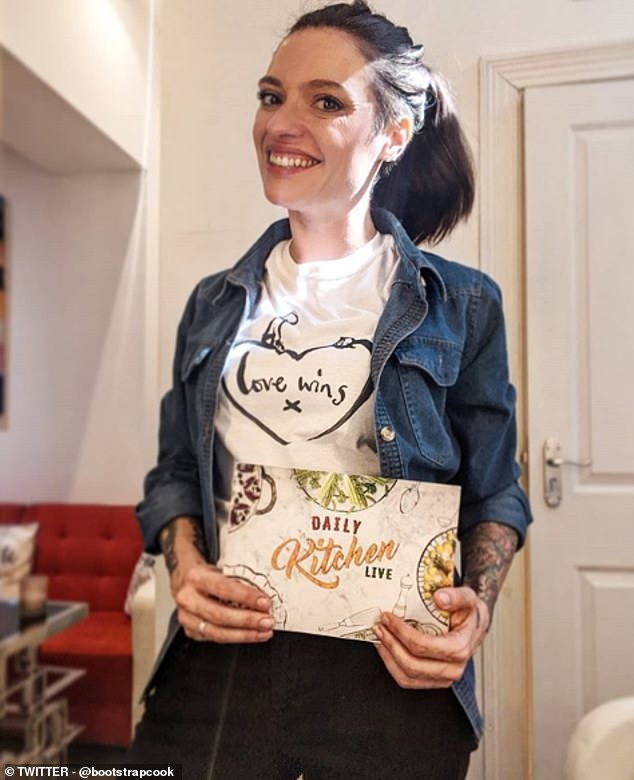 Monroe told her fans that the show will be called ‘Jack Monroe’s Camp Kitchen’ and would begin filming today at her home in Southend, which she shares with her girlfriend and young son.

She told her 276,000 followers on Twitter how she gave her less-than-pretty shed, which had a concrete floor and peeling paint walls, a glamorous makeover.

On a shoestring budget, the star said she’d been ’rounding up all of my bohemian ridiculous hippy s***’ to make the space look more appealing to a potential internet audience.

As well as giving it a lick of white paint, she’s also put a faux grass floor down. 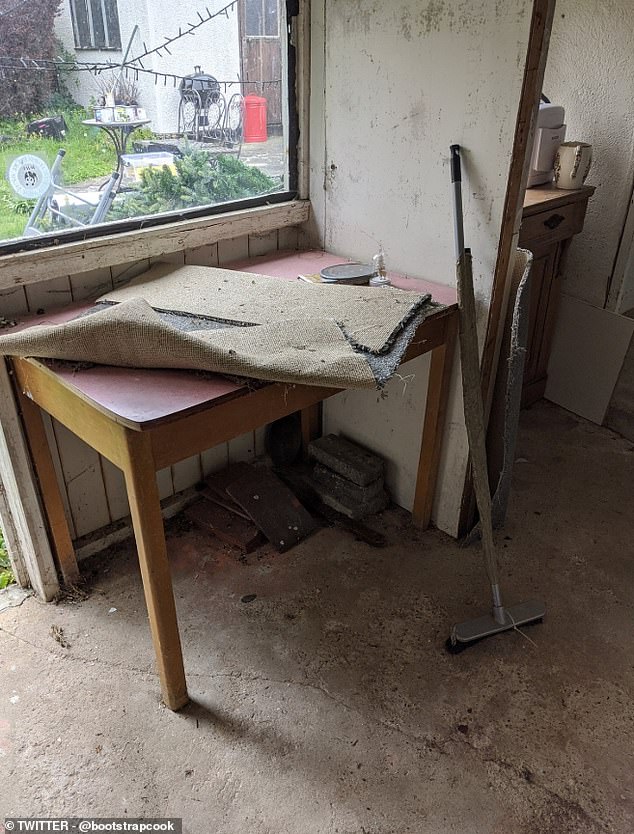 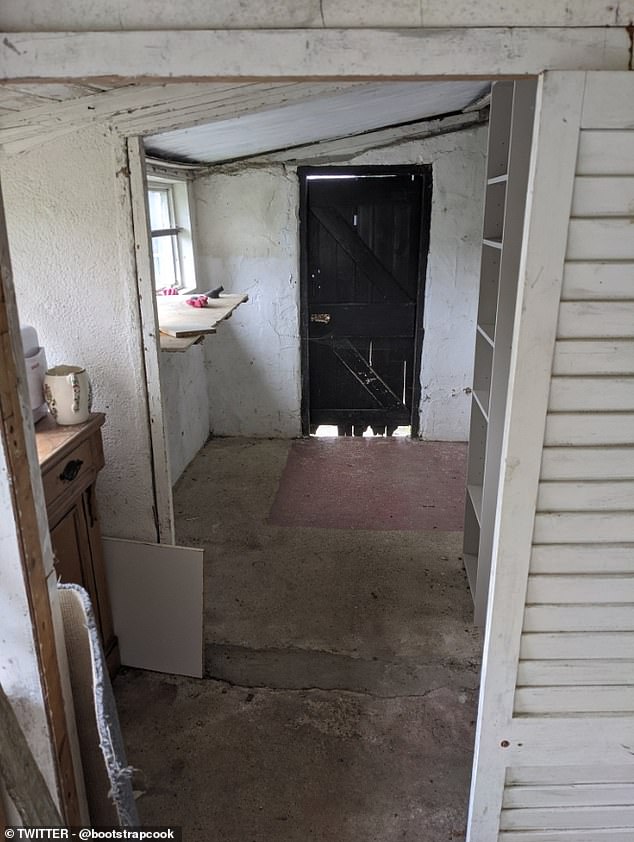 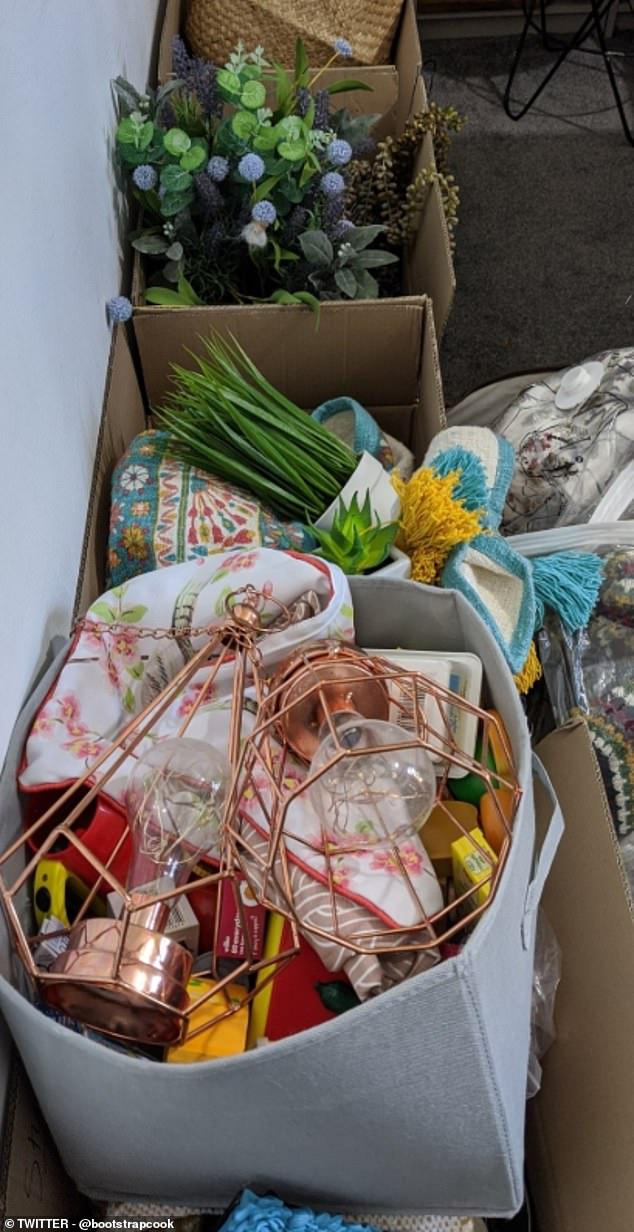 A different meaning to putting things in the shed: Monroe gathered up ‘bohemian hippy s***’ she had in the house to decorate her makeshift film studio 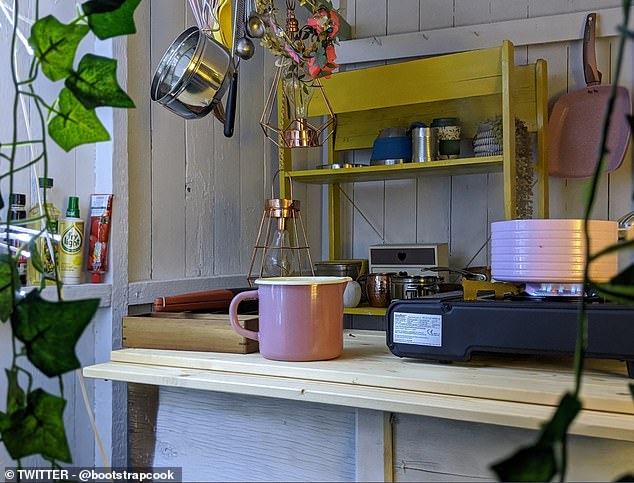 The upgraded shed made use of a daybed, an old bookshelf, with paint and glue being the biggest expenditure 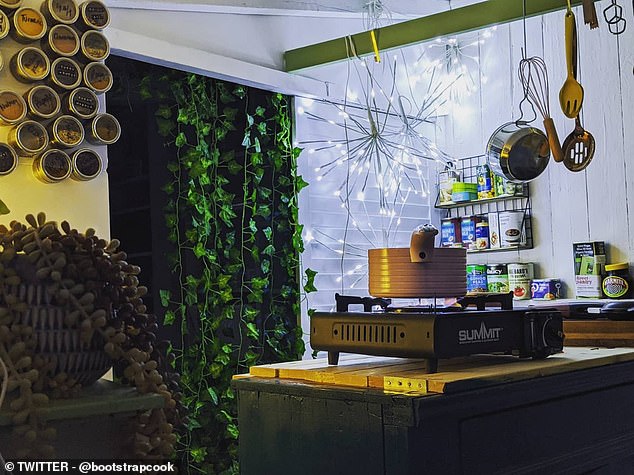 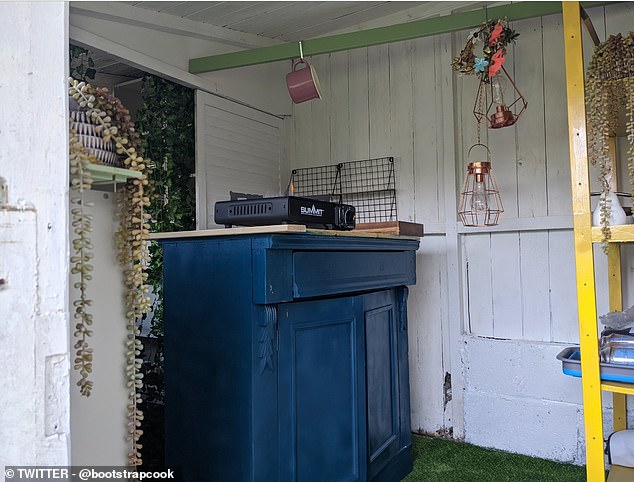 The upgraded shed made use of a daybed, an old bookshelf, with paint and glue being the biggest expenditure.

The project took two days to complete and features ‘a recycled daybed, and stuff from skips/old rentals that I’d stashed in the garage for a rainy day, re-purposed Xmas decs, etc.’

She said she had ‘spent less than £60 so far, mostly on paint and glue.’ However, it wasn’t all plain sailing and the cook admitted she’d underestimated the size of the task.

Monroe published her first book, A Girl Called Jack: 100 Delicious Budget Recipes, in 2014 after her blog suggesting how to eat well on a tight budget became an internet hit.

The chef shopped around from Tesco, Sainsbury’s and Asda for their dishes.

Cook your spaghetti and add the frozen peas halfway through the cooking time.

In a small bowl, beat together the salmon paste, lemon juice and milk. Once the pasta is cooked, drain and add it to the paste, then serve.

Heat oil in a large pan before adding chopped onions, carrots and swede.

Bring all these ingredients to the boil, then reduce to a simmer for around 20 minutes.

While the curry is simmering, cook rice and then serve together.

Heat the oil in a pan and add the chicken, cooking on a high heat for 5 minutes.

Add the carrots, onion and swede along with the herbs. Add your stock and bring to boil.

Reduce to a simmer and cook for 30 minutes, or until the chicken is cooked through.

In a bowl, mix flour, oil, mustard and milk to make a paste. Add this into the pan and bring everything to the boil. One minute before serving, add the greens, then serve with cooked rice.