Home » Lifestyle » Joe Giudice Fights to Go Home After Deportation: I Want to See My Kids

Joe Giudice Fights to Go Home After Deportation: I Want to See My Kids 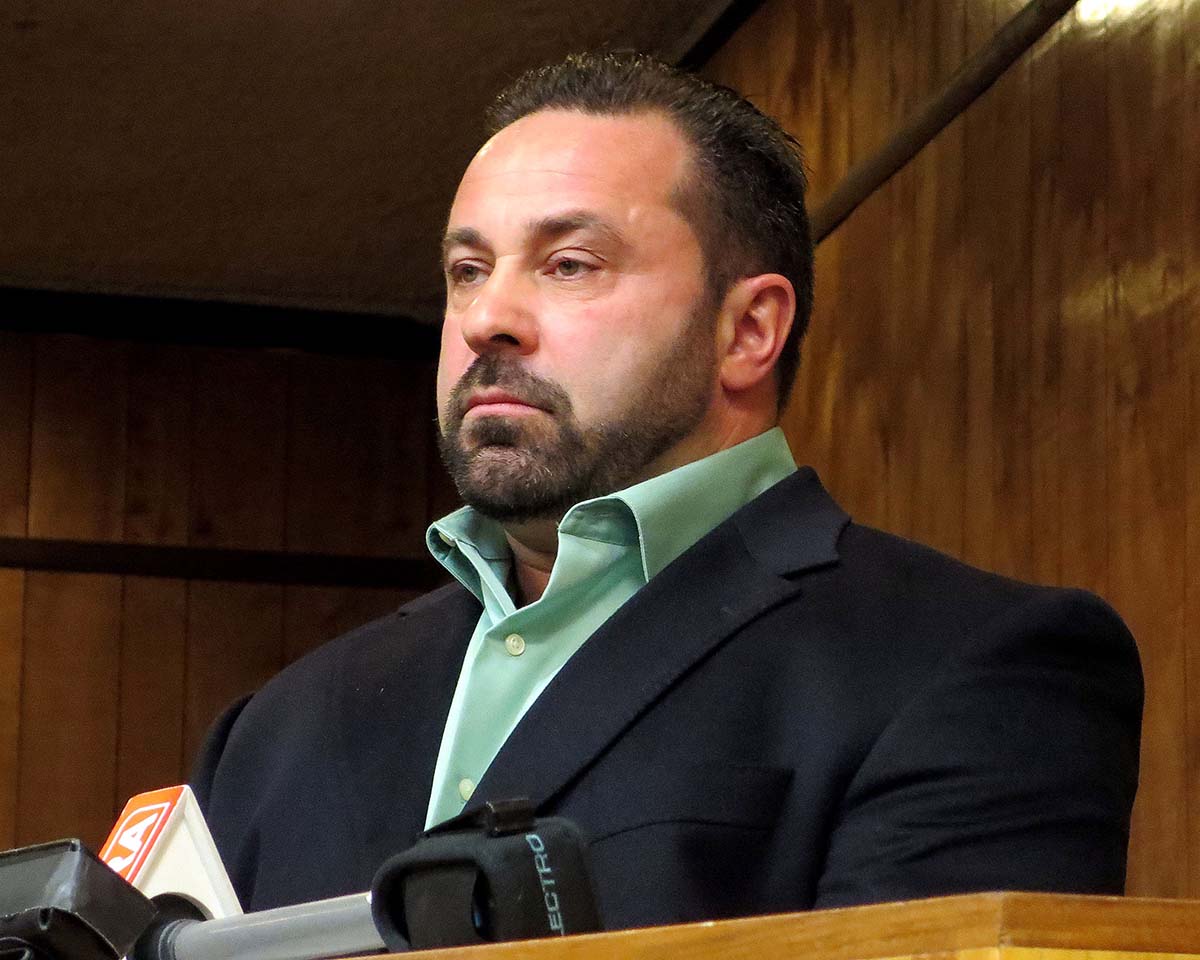 Long journey home. Joe Giudice has hired an attorney to help him in his deportation case — and he wants to be back stateside.

The Real Housewives of New Jersey alum, 49, exclusively told Us Weekly on Friday, November 19, that he is looking to return to the United States after spending the last two years in his native Italy. In October 2018, he was ordered to be deported after serving three years in prison for fraud.

Teresa and Joe’s Ups and Downs Through the Years

“I would like to be able to see my children again in our home state, be a part of their lives, be physically present when they need me and watch them grow up,” Giudice told Us of daughters Gia, 20, Gabriella, 17, Milania, 15, and Audriana, 12, whom he shared with ex-wife Teresa Giudice. “I yearn to hold my grandmother in my arms again before the time comes [in which] she is no longer on this Earth. [I want to] be with my mother [and] my family, to be in the place I have called home since I was a year old.”

With help from his manager Dominique Enchinton of Dominton Talent House, Joe said he hired immigration attorney Jessica M. Cadavid to assist him in his fight. 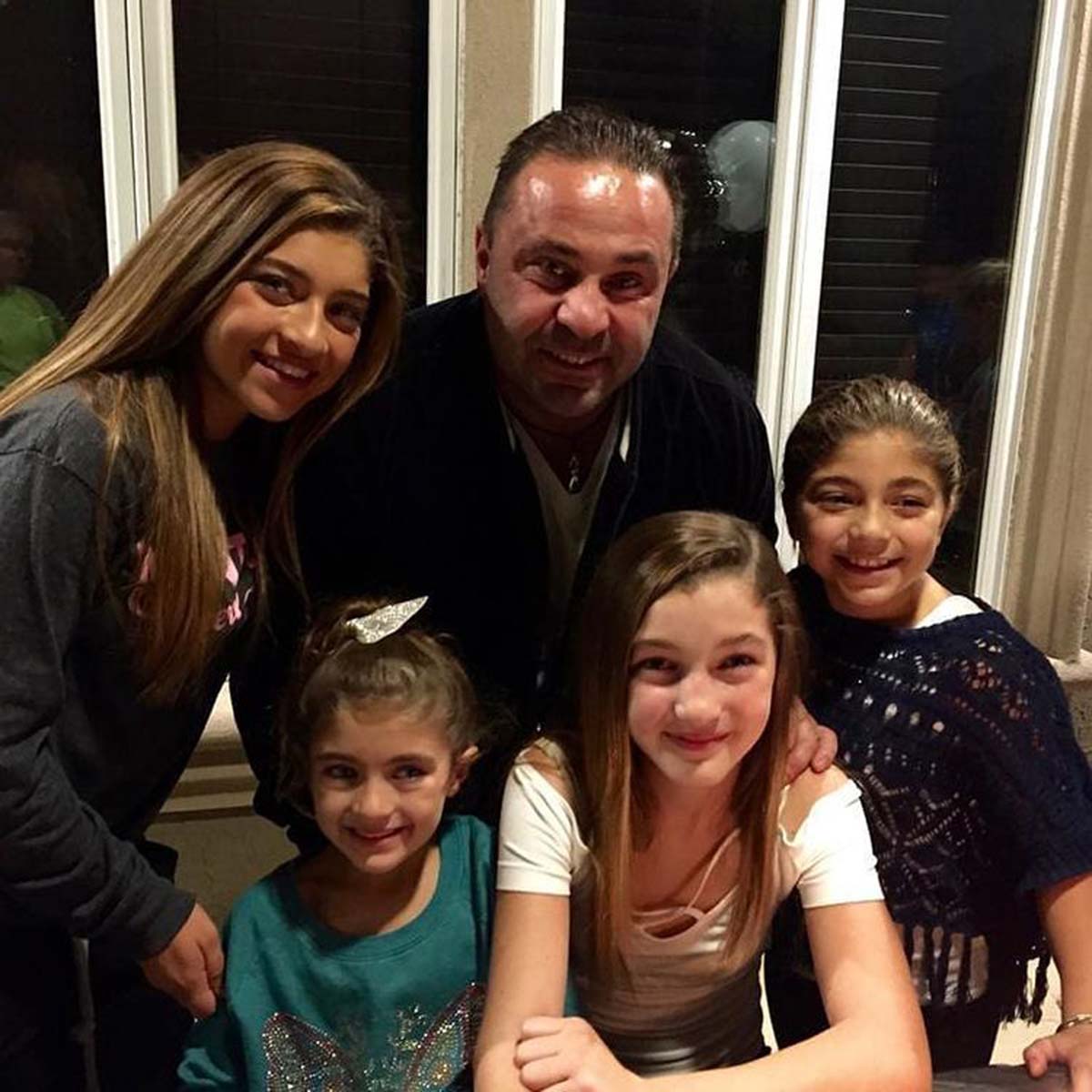 “I’m hopeful and pray that I can finally go home in the near future,” he told Us on Friday.

Cadavid, who has been working on the businessman’s case for two months, is also optimistic that he will get a chance to reunite with his family sooner rather than later.

The lawyer from Cadavid & Associates told Us that she is filing a waiver of inadmissibility, which she  described as a “kind of a forgiveness from the United States government.” During the previous presidential administration, these kinds of discretionary waivers were not being approved, according to Cadavid.

“[But] we are hopeful that this time around, we can take a look at his file with time that has passed from his deportation and the fact that he has a family here, he still has children here,” she said on Friday. “He could ask the government for forgiveness and at least come back to be able to see his family.”

In 2014, Joe was sentenced to 41 months in prison after pleading guilty to mail, wire and bankruptcy fraud. His then-wife, 49, was ordered to serve 15 months at the time and was released early in December 2015. The former couple announced four years later that they had split after two decades of marriage. Their divorce was finalized in September 2020.

One month later, Joe was granted permission to leave Immigration and Customs Enforcement custody, with two judges approving his request to travel to Italy while his deportation case was being decided. “[Joe wants to] begin working and contributing financially to his wife and four kids,” James Leonard, Joe’s then-lawyer, argued in documents obtained by Us at the time.

The father of four was initially placed in ICE custody in March 2020 after completing his jail sentence. Six months later, his bond request was denied. In October 2020, the judge ruled that Joe would be unable to stay in New Jersey with his family.

“I don’t understand how I can be deported on this case. If you will, I’ll tell you my side,” Joe told the judge via teleconference following the decision. “I shouldn’t even be here right now. I have to go back and tell my kids this, and they’ve been waiting to hear from me.”

When he touched down in Naples, Italy, later that month, Joe released a video statement in which he revealed what he had learned from his prison stay.

“At the end of the day, people make mistakes,” he said in October 2020. “Nobody’s perfect. I’ve learned a valuable lesson from all this, and I know my family is the most important thing to me, but it’s better that I’m out here than in there.”

On Friday, Cadavid told Us that she hopes the U.S. government will see that her client “has been involved in a lot of activities and a lot of different things that put him in a good light” and would be considered a priority case, claiming, “[Joe] made a mistake and he very well will tell you that, but that mistake isn’t for life.”

The attorney added, “Joe’s a part of a lot of homes. He’s been on the Real Housewives and so people have followed his story and have continued to be involved. That is what we are hoping to show [in our filing].”

Joe Giudice Reunites With His Daughters for 1st Time in Nearly 1 Year: Pics

Cadavid said it could take “14 months at a minimum” before a judge will be able to see Joe’s case. “We talk a lot about feelings because this process is hard and it’s sad,” she told Us. “Someone is out there in purgatory kind of waiting [and asking], ‘Can I come see my family?’”