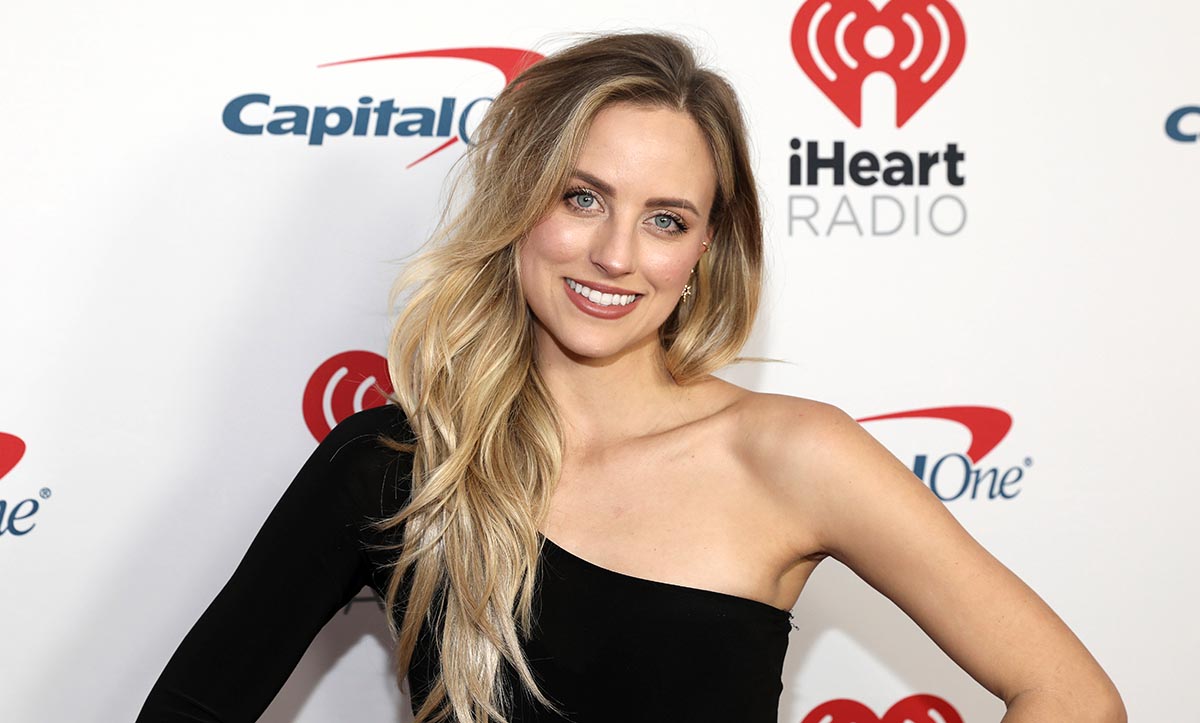 Keeping it together! Kendall Long jokingly reminded herself to not cry ahead of season 7’s Bachelor in Paradise finale, which airs on Tuesday, October 5.

“I swear I’m fine today 😅,” Kendall, 30, captioned a funny TikTok video on Tuesday, poking fun at the drama that played out during the Bachelor spinoff earlier this year. “#dontcrydontcrydontcry #dontcrytoday #everythingisfine.”

In the clip, the Bachelor alum moved around her Los Angeles apartment trying to distract herself from crying as Teddy Gales’ voice repeated “don’t cry today” over and over in the background.

Kendall gave a big thumbs up to the camera to start the video before playing the ukulele upside down. She also hugged her dog, poured herself a glass of wine and used a smug stick to banish the bad vibes that seemingly linger for her after a rocky BiP exit last month.

“Don’t cry. You’re fine, you’re fine. Everything’s fine. Don’t cry. No tears allowed. No crying,” the voice said on a loop in Tuesday’s video, before Kendall snapped a red rose in half in anger.

The taxidermy enthusiast’s TikTok appeared to be directed at the BiP’s season finale, in which Kendall’s ex Joe Amabile could propose to his new flame Serena Pitt.

Kendall, for her part, fell in love with Joe, 34, on season 5 of Bachelor in Paradise in the summer of 2018. Following a brief split on the show, they rekindled their romance and continued to date off camera.

The pair announced in April 2019 that they were moving in together after Joe relocated to L.A. to compete on Dancing With the Stars. However, nine months later, the graphic designer and the grocery store worker revealed that they called it quits.

Joe moved on by joining the season 7 cast of Bachelor in Paradise, which was filmed in the summer of 2021. Kendall later decided to go to Mexico and give her relationship with the Chicago native one last shot.

When Kendall arrived in paradise, Joe had already sparked a connection with Serena, 23. After many emotional conversations with Joe about their breakup and their current status, Kendall chose to leave the show.

‘Bachelor in Paradise’ Couples Who Are Still Together

“I still feel like you’re my best friend,” she told Joe during the September 21 episode, noting how “hard” it was to watch him fall for someone else. “I never stopped loving you. … This has been, like, really torturous.”

Joe, on the other hand, admitted that he came onto the show for a second time because he “knew it was over” between them.

“You were a big part of my life and I’m always going to care about you. I’m still always here for you,” he added before Kendall left Mexico and he refocused on his budding romance with Serena. In the promo for the finale, Kendall will return one last time.

The season 7 Bachelor in Paradise finale airs on ABC Tuesday at 8 p.m. ET.