Commando-turned-barrister Keith Wolahan says his focus as an MP will be on economic and national security issues and leave social issues for state parliaments following his successful Liberal preselection challenge on Howard-era minister Kevin Andrews on Sunday.

Mr Wolahan, who completed three tours of Afghanistan as a member of Australia’s special forces, rejected suggestions he contested preselection for the safe Liberal seat of Menzies as a moderate candidate, despite being supported by the moderate group in the party. 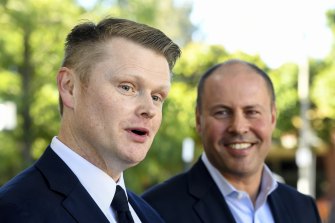 Quizzed on a range of subjects on Melbourne radio on Monday, he revealed he believed the invasion of Iraq by a United States-led coalition in 2003, which included Australia, was a “mistake”.

He said his time in Afghanistan, for which he was awarded Commendation for Distinguished Service in 2011, was “one of the most significant things I’ve done in my life”.

But he conceded the evidence suggested the second Iraq war was a mistake and said there were lessons to be learned from Australia’s involvement in conflicts throughout the Middle East.

“I think we get to look at this with the benefit of hindsight,” Mr Wolahan told ABC.

“And one of the things the United States and the western militaries do, is they do the military part well but they don’t do the non-military part … the rule of law, protecting infrastructure and ensuring that institutions in the country are looked after. That was a serious mistake,” he said.

“There’s lessons to be learned from that.”

He said on Monday he held no ill-will toward the group as they were Mr Andrews’s long-time colleagues and it would have been “extraordinary” if they didn’t back him. 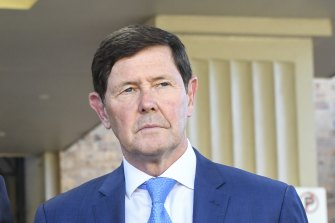 Long-time MP Kevin Andrews has lost his preselection in the Victorian seat of Menzies.Credit:Penny Stephens

Mr Frydenberg, as a representative for Prime Minister Scott Morrison, was among the 300-odd party members who cast their vote in the contest.

“It’s a beautiful thing that ordinary voters have the same number of votes as the Treasurer – just one,” he said.

Unlike Mr Andrews, who became a torchbearer for social conservatism through his opposition to abortion pill RU 486, same-sex marriage and euthanasia, Mr Wolahan said he thought “a lot of the social issues belong in state parliament”.

“In that respect I’m a constitutional conservative.

He said he was “not a moderate” and never joined the Liberal Party to be called a moderate, and it was economic issues which “Victorian Liberals do best”.

“Victorian Liberals are very proudly classical liberals, and sometimes you have to be conservative to protect those values,” Mr Wolahan said.

He said he had personally voted yes in the 2017 same-sex marriage postal survey and pointed out that 57 per cent of the Menzies electorate had done so.

On climate change he said the Morrison government was correct to be focusing on technology to reduce Australia’s carbon emissions and said it was an issue that needed a response on a global scale.

But Mr Wolahan’s win has further sharpened divisions within the Victorian division of the Liberal Party, with criticism over the role played by leading members of the government for leaning heavily on branch members during the preselection.

Mr Sukkar, a leading factional figure in Victoria and long-time ally of Mr Andrews, said he had made a “phenomenal” contribution to Australia in his 30-year parliamentary career.

“He was a cabinet minister in the Howard government and the Abbott government. He helped us return to government,” Mr Sukkar told Sky News Australia. “He has achieved an enormous amount”.

“I don’t think we should read too much into it. We all accept that nothing lasts forever, including political careers.”