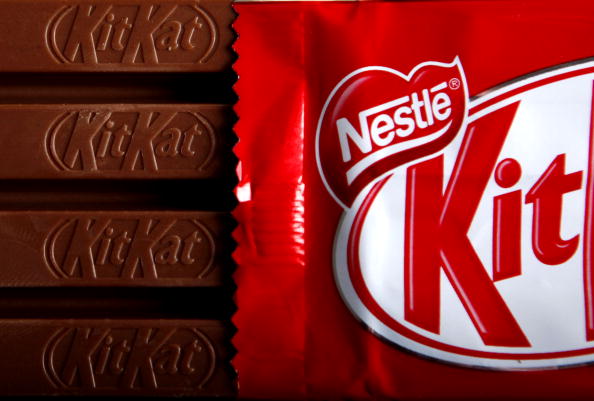 Prepare to be amazed.

A clip has resurfaced from a 2015 documentary that will leave KitKat fans shook.

During an episode of the BBC’s Inside the Factory, TV chef Greg Wallace was given a behind the scenes look at a Nestle factory in York, where he got the inside scoop on how KitKats were made.

‘What happens to all the ones you’re throwing away?’ asked Greg.

‘They all go into rework.’ explained Julie. ‘Where they’re used for the fillings for the wafers. We’re picking off ones which are not of a good standard.’

To put it simply. The damaged KitKats get broken down and are used as the filling between the wafers inside the bars.

So KitKats are actually made from damaged KitKats. Mind blowing.

He said: ‘[Nestlé] claim it’s just a crisp wafer. But what they actually used to make it might surprise you.

‘Some KitKats get broken while they’re being made and instead of throwing them out, the company crushes them up and adds sugar. That’s what’s on the inside of KitKat bars – it’s literally crushed up KitKats.’

Fans of the beloved bar ran to the comments section of the video – which has been viewed over seven million times – to share their shock. ‘Genius,’ said one. ‘That’s what I call recycling,’ wrote another.

But the big question on everyone’s minds was, if KitKats are made from KitKats – how was the first ever bar created.

‘So then… what was the original Kit Kat bar made of???’ said one commenter.

With another adding: ‘It’s just a loop of Kit Kats that never ends.’

You’ll never be able to look at a KitKat in the same way again.