Koio will introduce its first celebrity collaboration sneaker with Joe Jonas of the Jonas Brothers today.

The pairing is serendipitous — Jonas lived near the footwear brand’s SoHo store and shopped the brand regularly. He reached out in early 2020 to discuss how they might work together.

“Joe was really involved, which we loved,” said Koio cofounder Johannes Quodt. “Joe has been buying our shoes. He was a fan of the brand, which was extremely flattering to us. We’ve done a number of collaborations in the past and had varying degrees of involvement.” One of Koio’s recent collaborations was with Young Chicago Authors in 2020, which was a white low-top sneaker featuring words from award-winning poem “Louder Than a Bomb” by Taisaun Levi.

This collaboration took a different turn. Jonas drew inspiration from 1980s futuristic themes and films like “Tron for the Retro Runner” for a shoe that features an iridescent purple upper with soft light pink suede and burgundy suede details, as well as Koio’s ReCycled outsole and midsole. Quodt and Koio cofounder Chris Wichert proposed they collaborate on the silhouette even though it wasn’t ready when they began discussing it.

“It was very bold of Joe on his side, because it was an untested shoe, but he trusted us and the silhouette that it’d be a nice product to work with,” Quodt said.

The partners exchanged mood boards and sketches over Zoom and later prototypes from Italy to New York City and Los Angeles. “Going into the process was so freeing because I was surrounded by such amazing collaborators who made me feel really comfortable,” Jonas said. As for the partnership continuing, Jonas added, “I hope so. I loved it.” 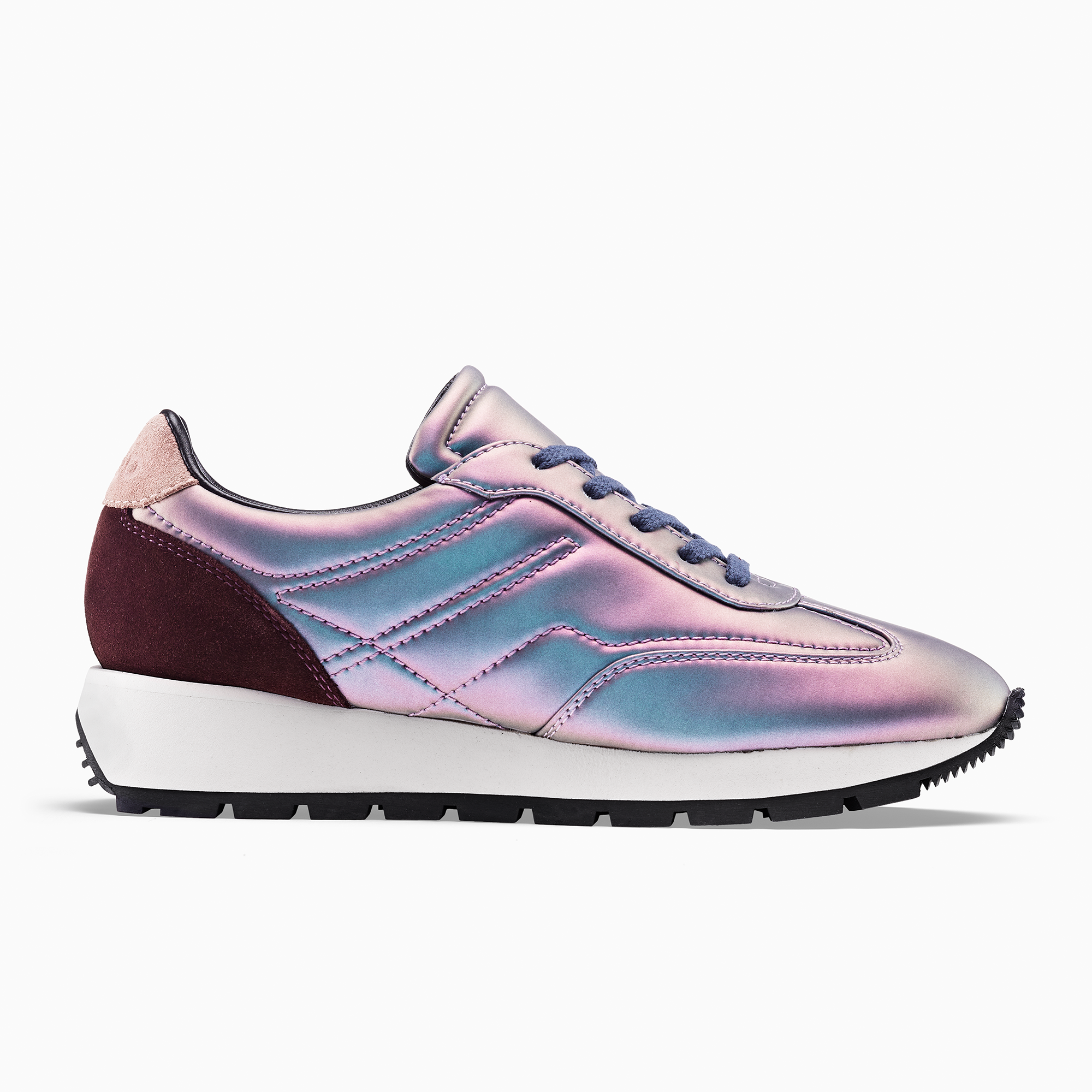 The shoe will retail for $298 and be sold in Koio’s stores and online.

In regards to business, Quodt said 2020 was “challenging” as last year “was not one where people were looking for high-end leather sneakers,” he said. “We did see a nice switch from offline to online.”

Quodt said revenue remained stable from 2019 to 2020, and so far in 2021, the brand has outperformed plan and is on pace to double its revenue for the year. The brand also has plans to expand its product offering. “We’re making a big push into boots, in addition to sneakers because we’ve seen how successful boots can be for us with the women’s Chelsea boot,” he said.

And as for collaborating with Jonas again, Quodt said, “We were really focused on this one collaboration. Joe is an incredible person to work with and a creative visionary and it’s been very fun. I would be down to do another.”