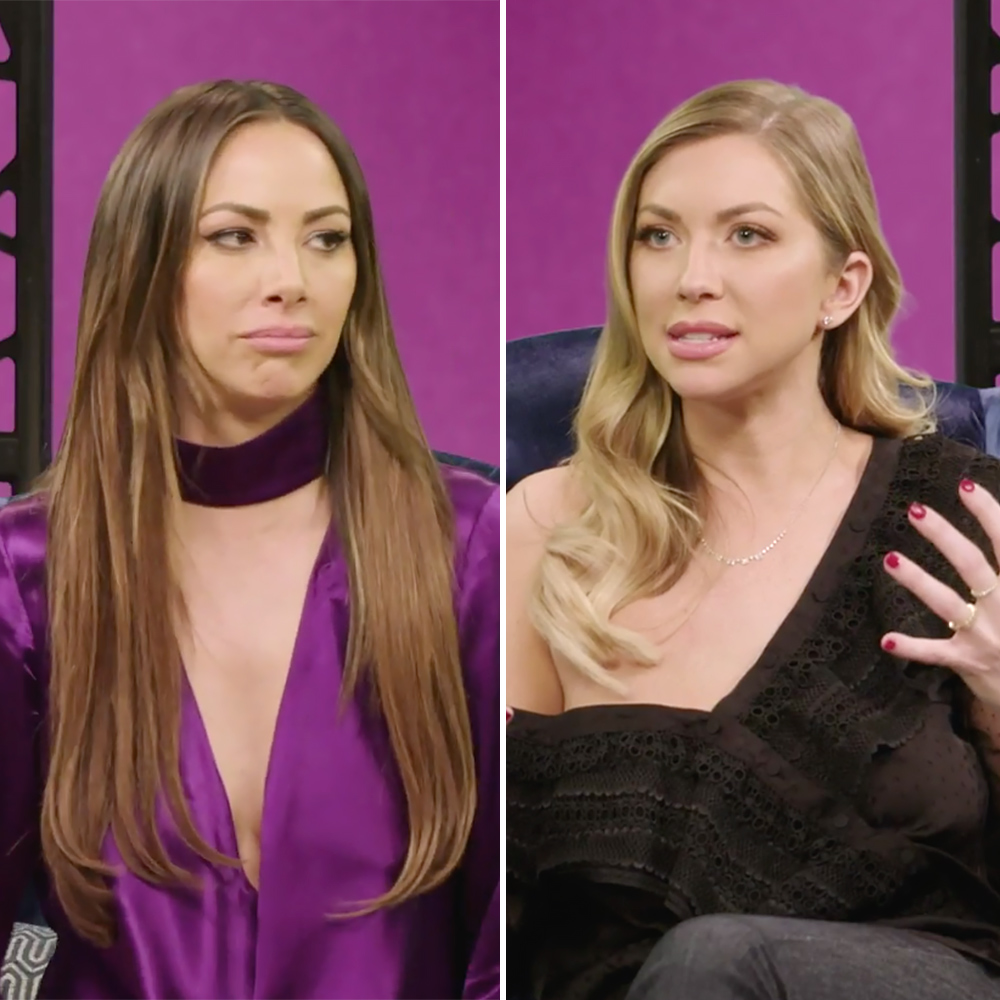 Kristen Doute may have introduced Beau Clark and Stassi Schroeder, but she doesn’t necessarily approve of how her former bestie treats her fiancé.

Stassi, 31, and Beau, 40, got into a heated argument over Kristen, 36, during the Tuesday, April 21, episode of Vanderpump Rules.

“I thought it was going to be great, but then because I start talking to Beau, Stassi decides to start stomping her feet and throwing a 21-year-old temper tantrum,” Kristen said of the fight on the Vanderpump Rules aftershow. “First of all, Beau approached me. Then Stassi comes over like, ‘You’re talking to my boyfriend.’ Well, no, bitch I was just talking to my friend that I met years ago. That I introduced to you because I thought you guys would be a perfect match and now he’s at our wine event. … And I’m being screamed at like a child once again.”

Beau, for his part, explained on the aftershow that he approached Kristen to see if he should invite the T-shirt designer to the couple’s surprise engagement party. (Beau proposed to Stassi the day after the wine event in July 2019.)

“My vetting process obviously wasn’t good enough. It’s not like if you can Google how to vet your future fiancé to find out if her best friend, who is not her best friend at this moment, is OK to go to her future engagement party. You can’t Google that!” the commercial casting agent said. “I’m doing the best that I can.”

While Brittany Cartwright pointed out on the aftershow that Stassi may have some concerns because of Kristen’s past indiscretion with Jax Taylor, the James Mae CEO disagreed.

“Like I would f—k Beau?” Kristen fired back. “I think at that time in the summer Stassi liked to have control over him. He’s going to do what she wants to do, he doesn’t get to go out, he doesn’t get to this do. But the bottom line is at the wine party, Beau came up to me. … I feel a weirdness about being like, ‘He’s my boyfriend.’”

Despite the tension, Beau did indeed get down on one knee at Hollywood Forever cemetery on July 31, 2019. During Tuesday’s episode, he clapped back at fans on social media who criticized his relationship with Stassi.

“OK I’m drunk. I’m annoyed. You don’t know me,” Beau tweeted. “I’m happy in my relationship! I can psychoanalyze myself without your DM’s or comments. I still have my balls ass wads! (I love that word – ass wads).”